During a surprise Nintendo Direct Mini Nintendo announced that the Definitive Edition of the critical acclaimed Wii RPG will be available on Switch May 29. The biggest addition to the Definitive Edition is the brand-new Future Connected epilogue which is an entirely new post-game adventure with a strong focus on Shulk and Melia. The new epilogue provides incentive especially for those who have already played Xenoblade Chronicles. The Definitive Edition also comes with improved game visuals as well as a remastered soundtrack, tweaks to the battle and an inventory UI.

The Collector’s Set is exclusive to Europe and contains in addition to a copy of the game the following: 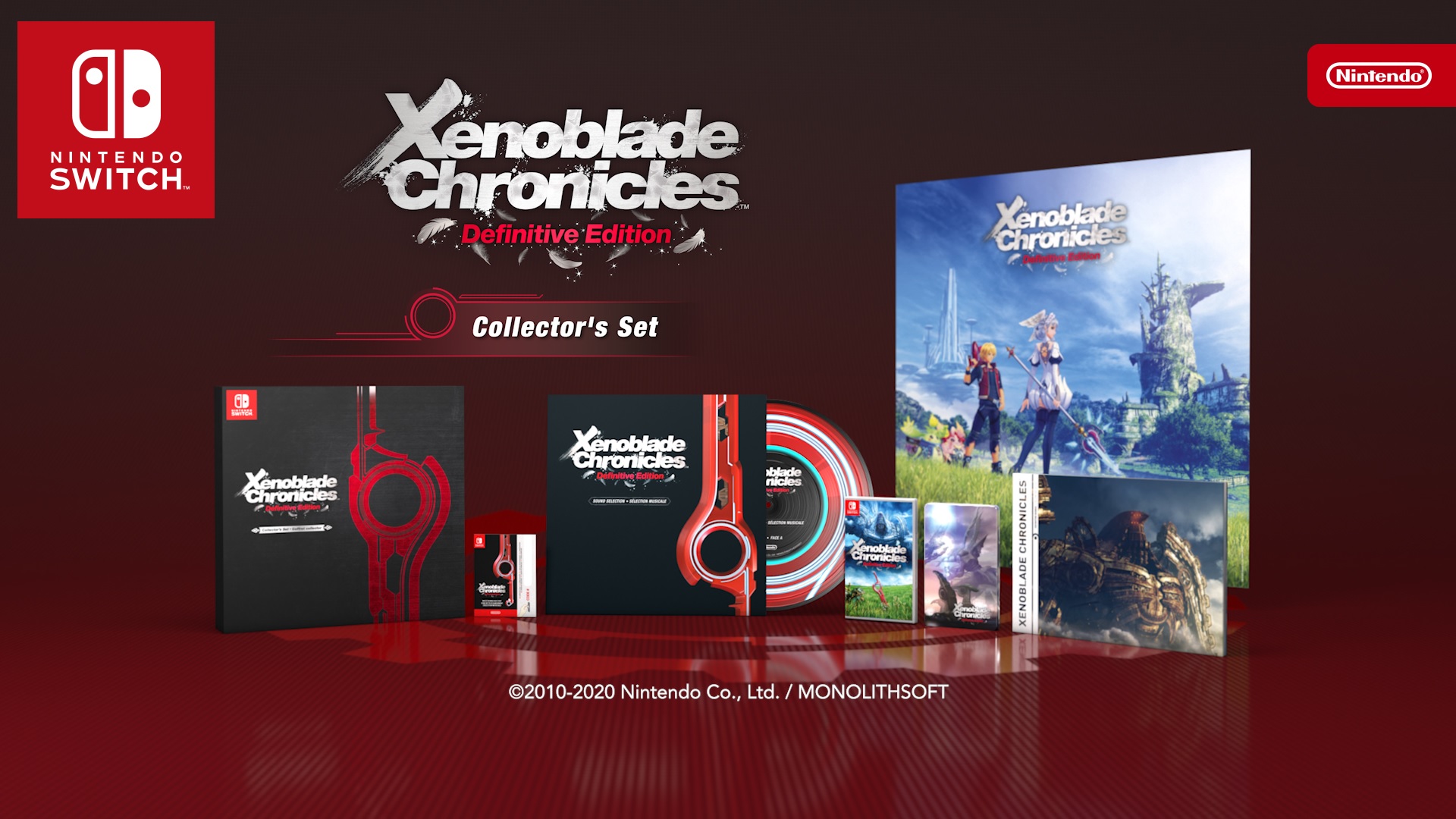 The Definitive Works Set is only available in North America and features a 250-page artbook full of beautiful landscapes, imposing monsters and more. It’s available to pre-order at GameStop*, BestBuy* and Amazon* for $79.99 USD. 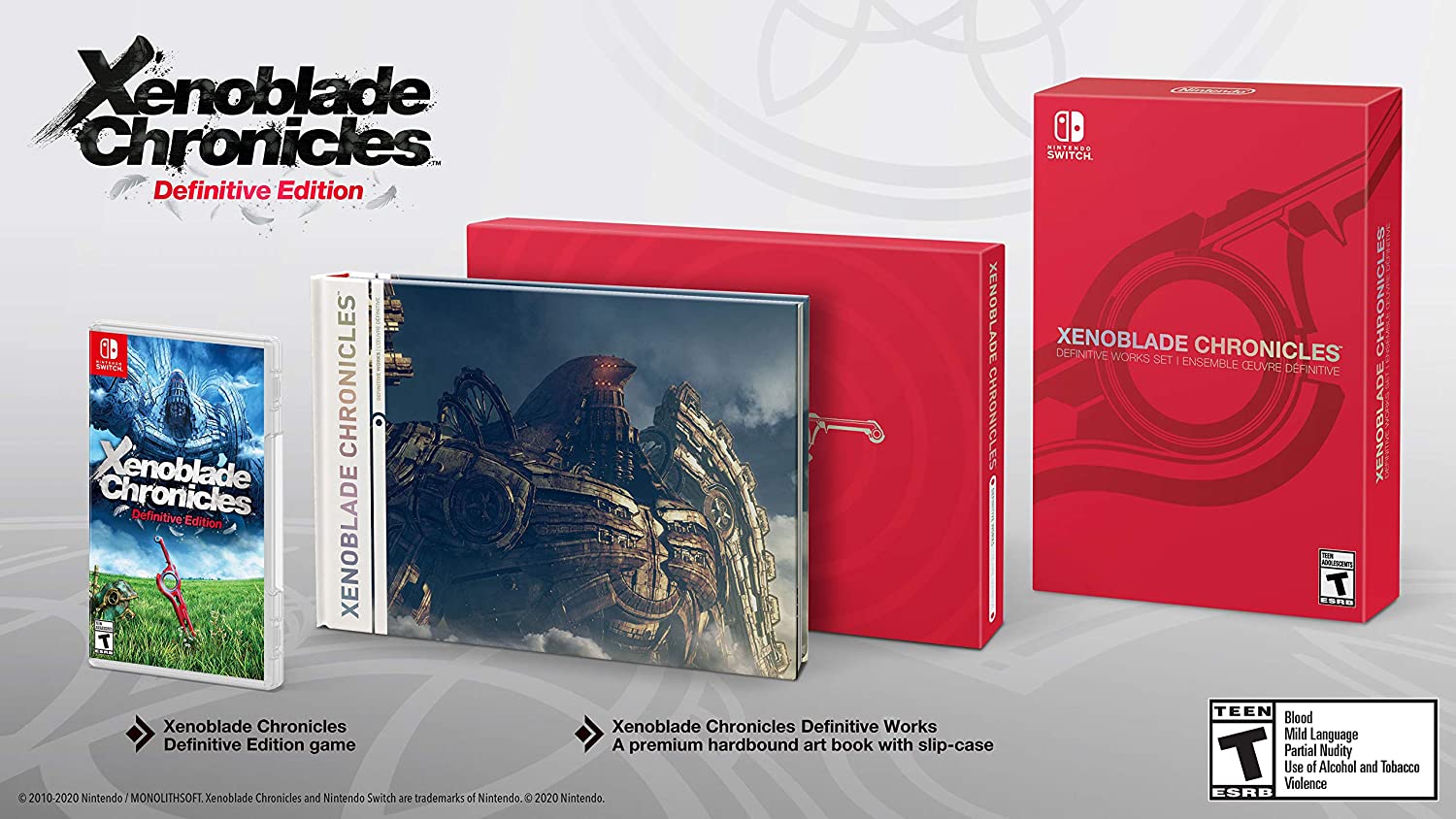 The japanese Collector’s Set is priced at ¥9878 JPN (~£75 GBP / $90 USD) and comes with a Sound Selection CD packaged in a Steelbook case and a Xenoblade Definitive Edition Collected Works Artbook. Pre-orders can be placed at PlayAsia*. 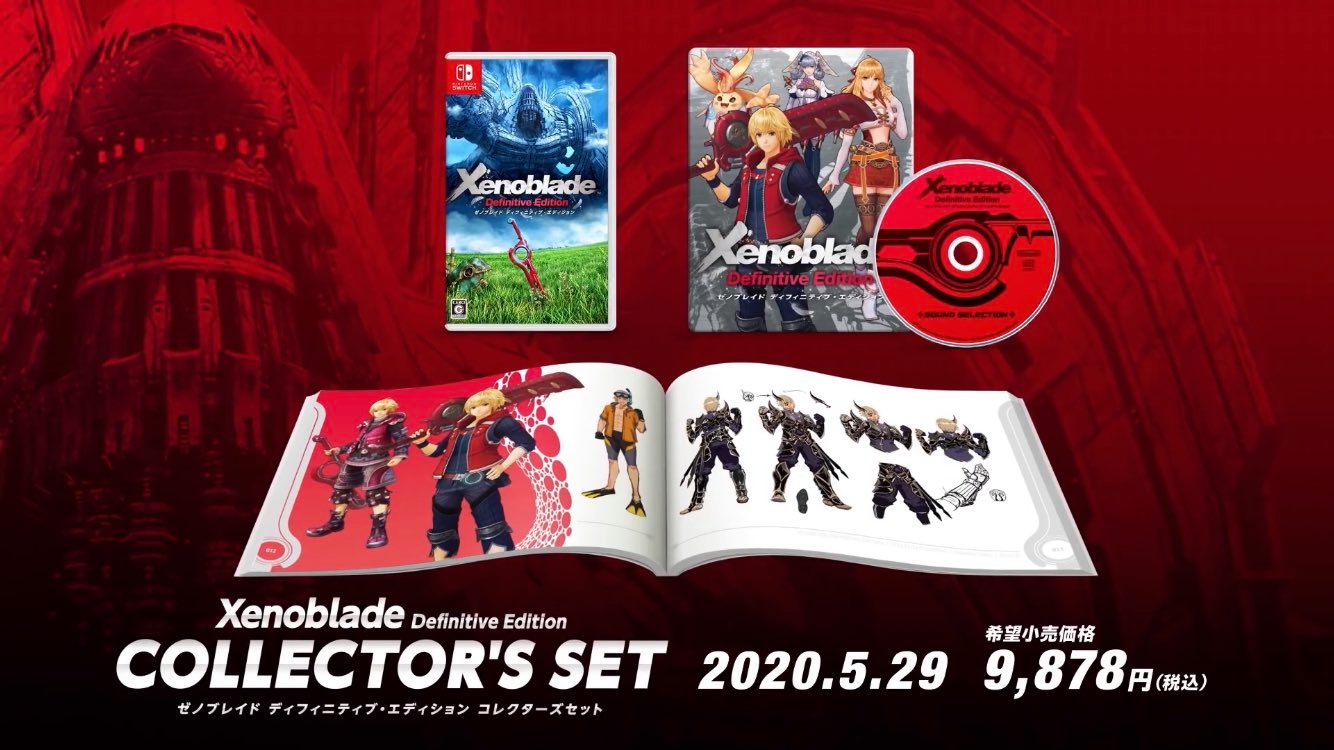