This November World of Warcraft is celebrating its 14th anniversary and as you might probably have heard already the release of the 7th expansion called Battle for Azeroth is coming ever closer. The next WoW expansion after Legion, will release on August 14th, 2018 and I’m sure there will be tons of people asking „what is so great about this game?“ or „Should I jump in, too?“

Well, I can’t give you an answer to that but it is undeniable that World of Warcraft had a huge impact on video games and the pop culture in general since its release in 2004. It also changed the massively multi-player online role-playing (MMORPG) genre forever. Back in 2004 the game was very beginner-friendly and – thanks to the subscription model – designed to make you addicted as much as possible. The plan worked out. Thanks to the huge world, countless quests, raids and many other job opportunities, World of Warcraft has become the most played MMORPG in the world, with more than 12 million players worldwide. Sales figures were also more than impressive.

Of course, fans will have a lot to do with the new expansion Battle for Azeroth. First of all, players can increase their character to a maximum level of 120 and on the other hand, there will be new continents for both Alliance and Horde players, new dungeons and raids as well as six new playable races. Furthermore WoW introduces a new feature called Island Expeditions.

The Collector’s Edition of World of Warcraft Battle for Azeroth comes in its usual lovely box and includes the following content:

Pre-orders for the World of Warcraft Battle for Azeroth Collector’s Edition are now open in the UK at GAME UK* and Amazon UK*. In the US you can place your pre-order at BestBuy*.The price for the Collector’s Edition is £89.99 GBP and $99.99 USD respectively. 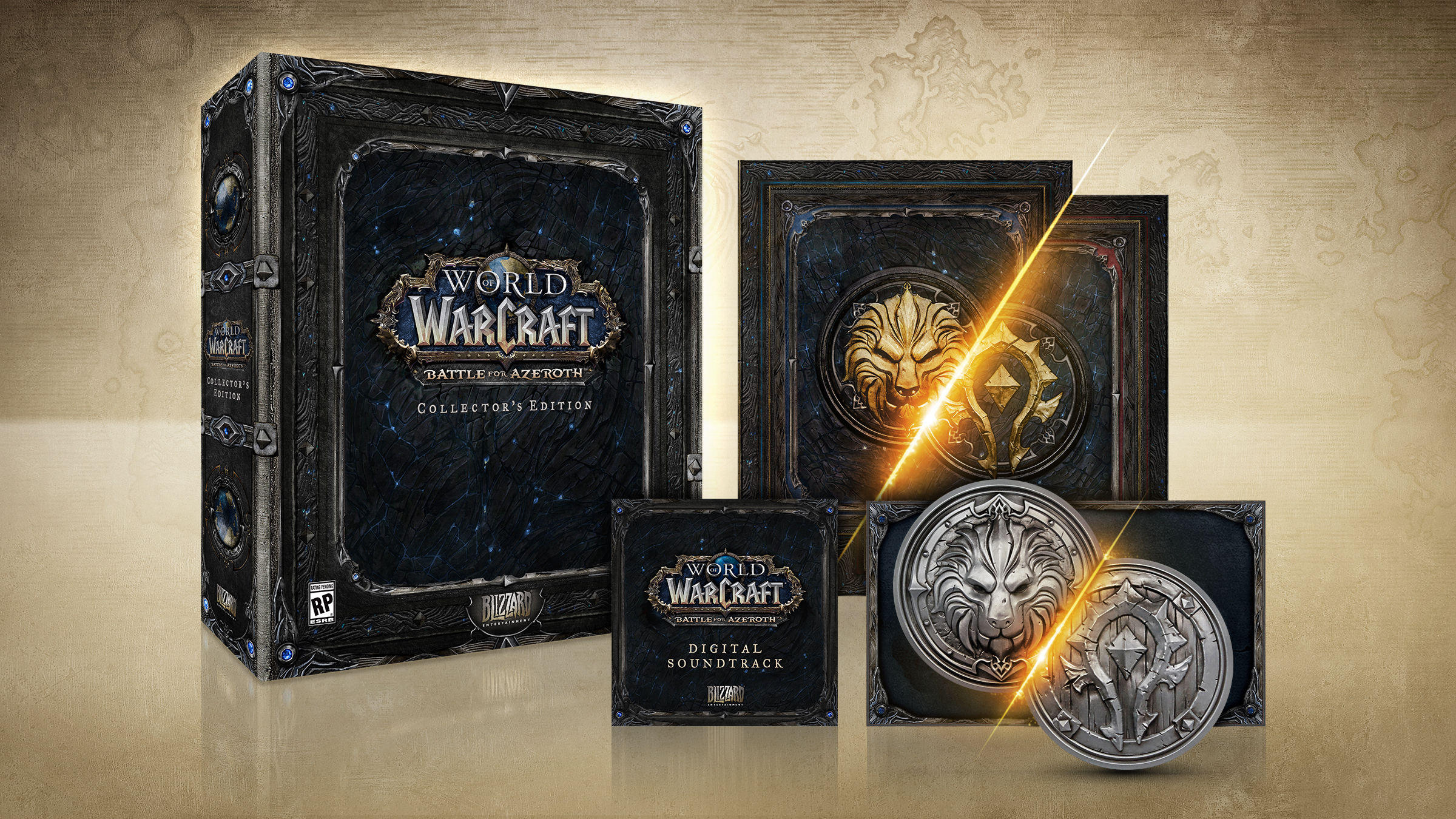 Upgrading from Standard or Digital Deluxe to Collector’s Edition