As World of Warcraft is turning 15 years old this November, Blizzard announced that they are not only hosting an in-game anniversary event (with mount and pet rewards), but they are also offering a pretty fancy Anniversary Collector’s Edition. The Collector’s Edition will be available in stores from October 08th 2019.

If the 15th Anniversary Edition is not sold out at this moment, you can pre-order it at most major retails like GAME UK*, Amazon UK*, Amazon US* and Best Buy*. 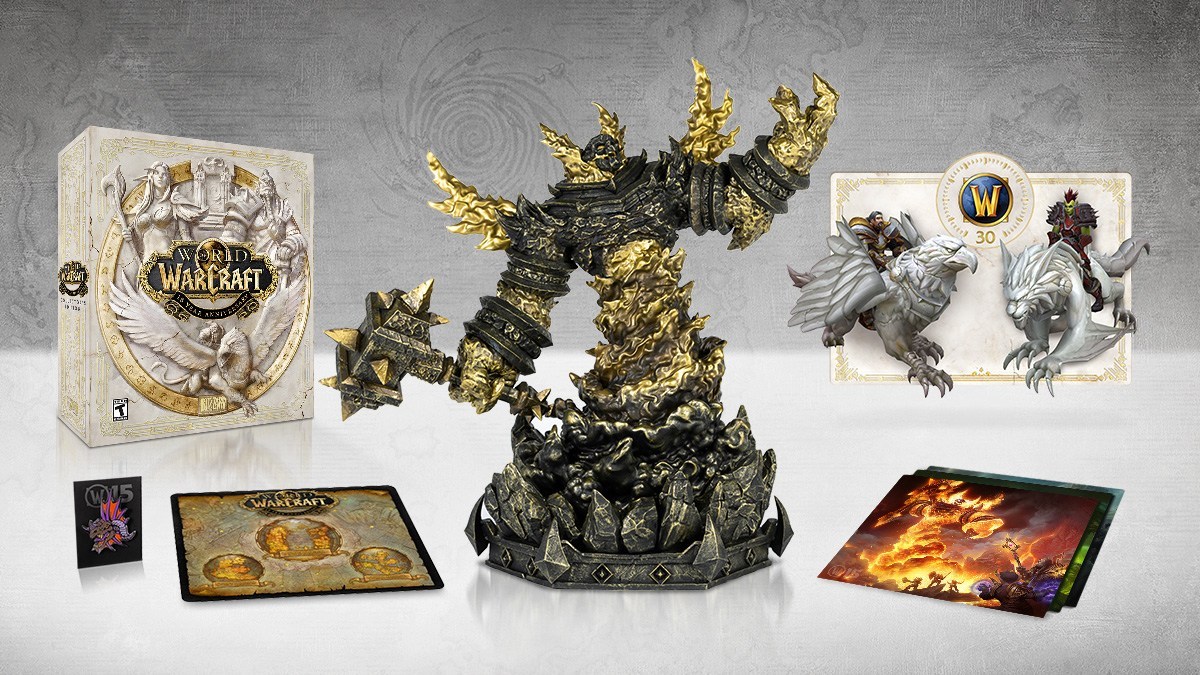