Watch Dogs Legion is an open-world action adventure game set in a fictional London. You can play every person you see in the game and each person has their own background story, personality and special skills. As in the previous games, hacking will be the central weapon. For example, you can hijack armed combat drones or cloaked spider robots, or take out enemies with an Augmented-reality-envelope. In addition to a single-player mode, there will also be an online mode where you can join forces with three other friends to discover new co-op missions and challenging endgame content.

As usual with Ubisoft titles, you can choose from a variety of editions for release. Pre-orders will also receive the Golden King package, which will allow your heroes to become eye-catching on the streets of London through a variety of items. 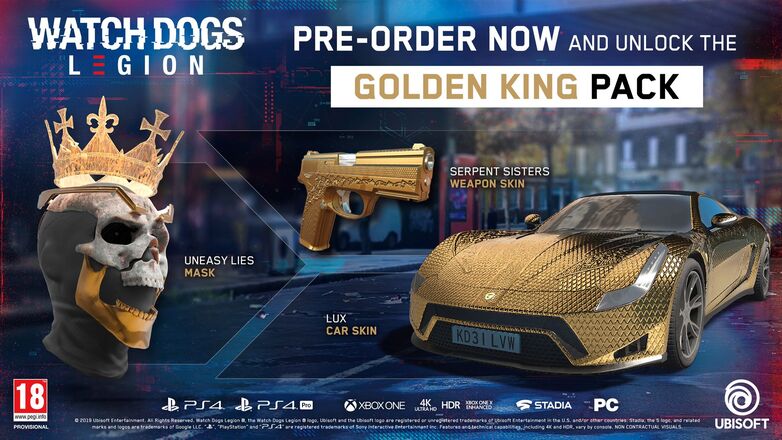 The Resistance Edition is exclusively to GAME stores in the UK and comes at the price of the Standard Edition. In addition to the game you’ll also receive the following digital content: 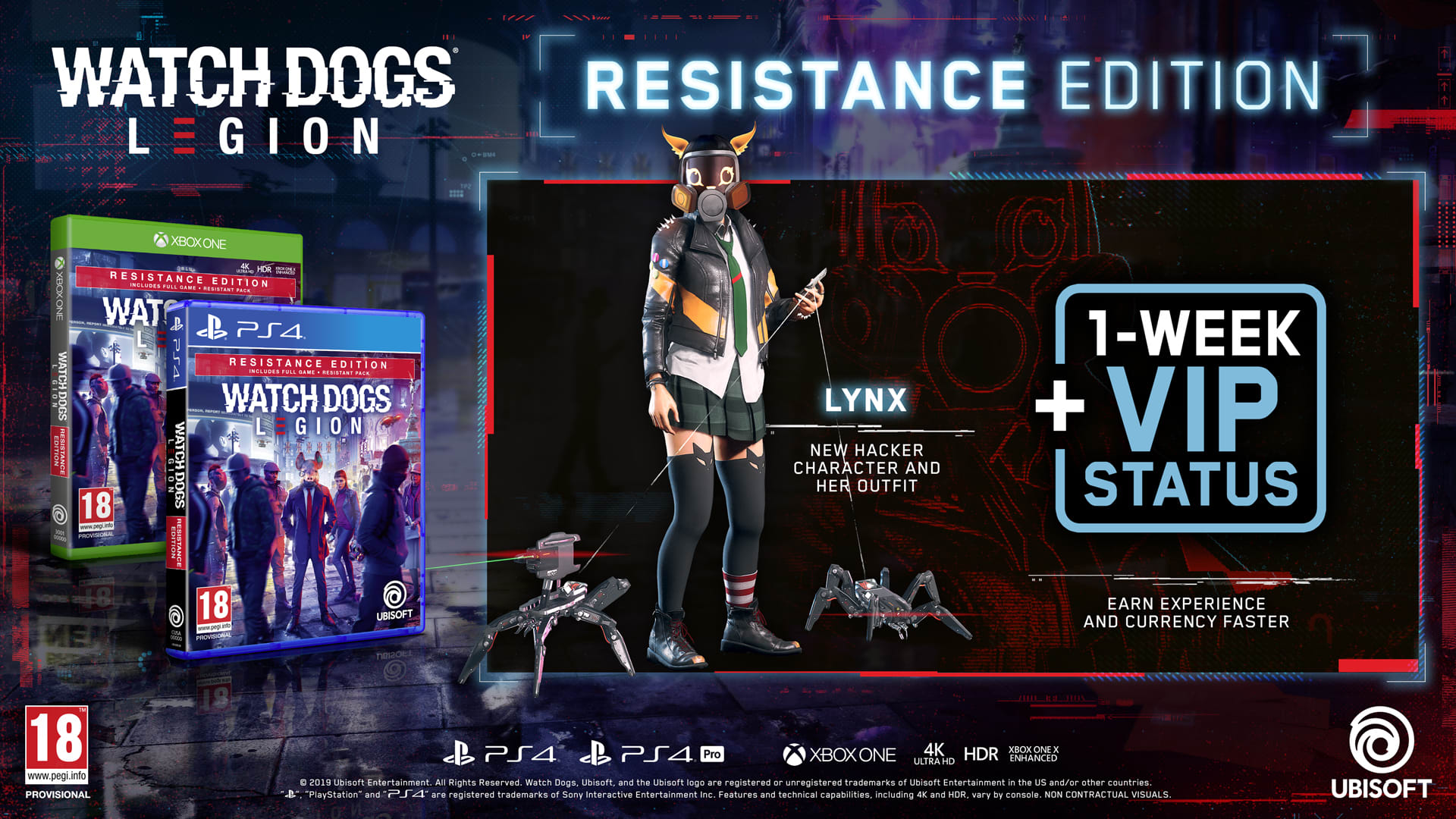 The Gold Edition allows you to play three days early and you also receive the season pass with new story content and playable characters with their own abilities. The Gold Edition is available physically and digitally for £84.99 GBP and $99.99 USD. Pre-orders can be placed at GAME UK* and BestBuy* in den US. 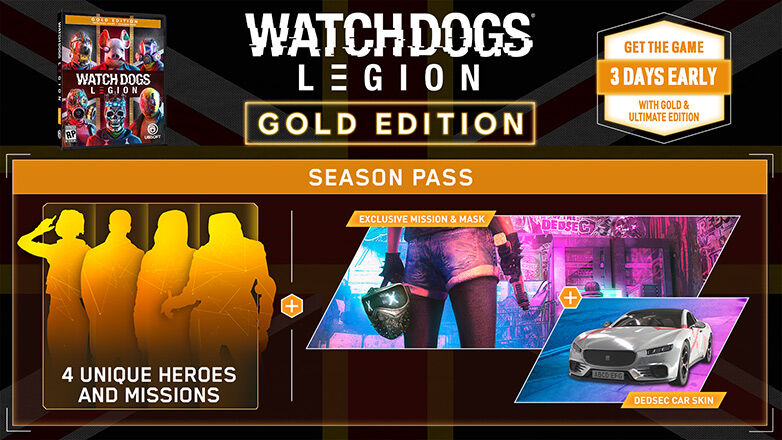 The Steelbook Gold Edition of Watch Dogs Legion is exclusively available in North America and includes all the content from the Gold Edition plus an exclusive Steelbook. Pre-orders can be placed at BestBuy* for $109.99 USD. 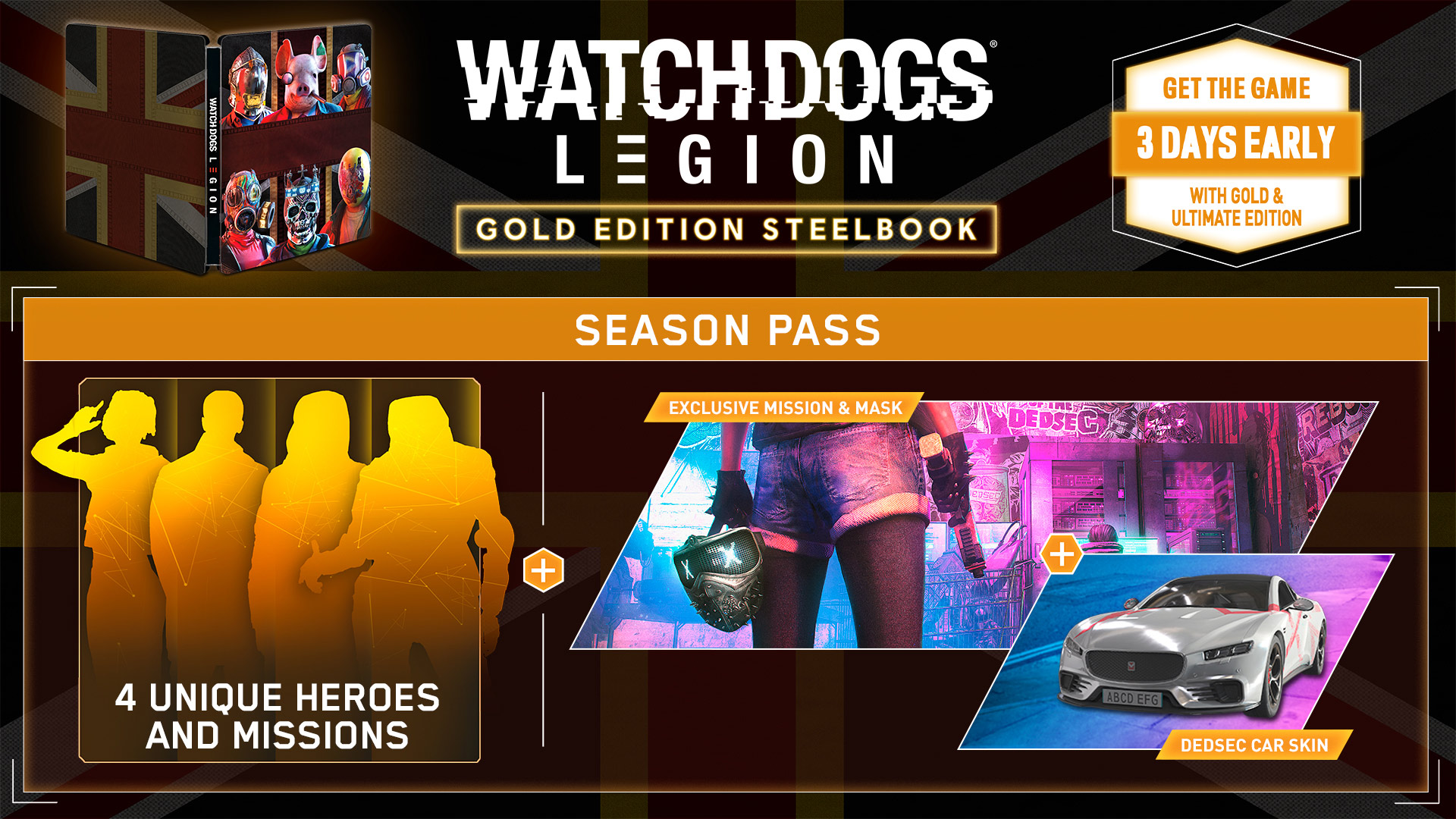 The Ultimate Edition comes just like the Gold Edition with a three day early access to the game and includes in addition to that the following digital content: 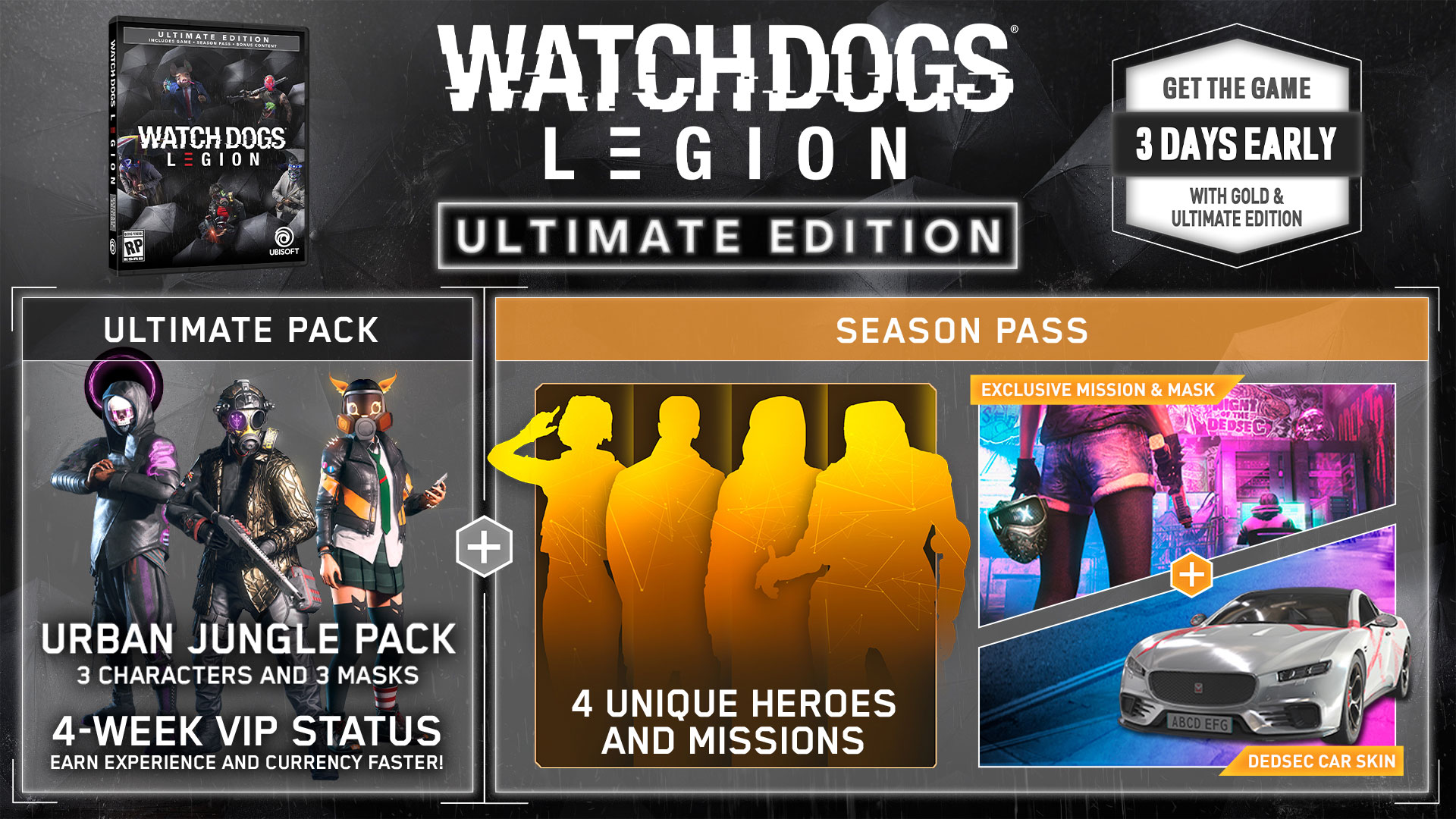 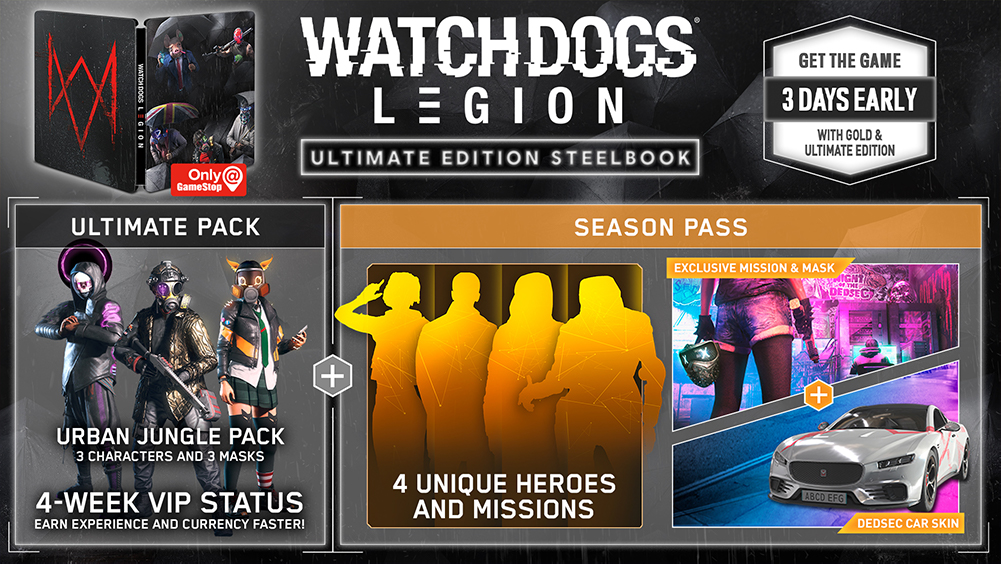 The Collector’s Edition is the most impressive edition of Watch Dogs Legion. It is available exclusively on the Ubisoft Store and includes the following physical and digital content:

The Collector’s Edition retails for £159.99 GBP and $189.99 USD respectively and is exclusive to the official Ubisoft Store (UK / US). 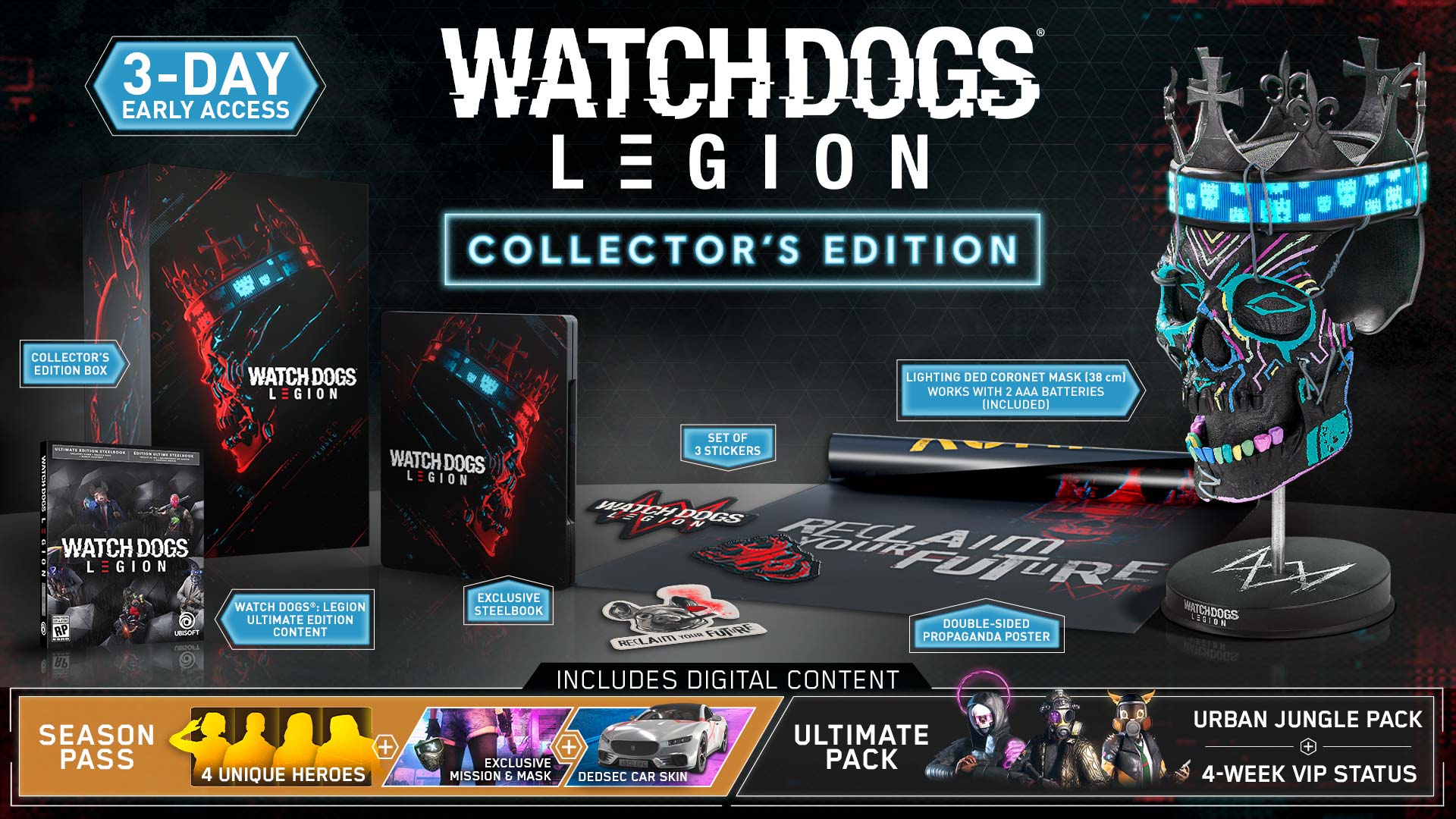