This fall, the popular Valkyria-Chronicles series returns with Valkyria Chronicles 4. The tactical role playing game is set in 1935 EC, the continent of Europa is split between the Federation and the Empire. Compared to previous titles, the game focuses on the war effort of the Federation, especially the members of Squad E.

There are 6 combat classes: Scouts, Shocktroopers, Engineers, Lancers, Snipers, and Grenadiers. Each has strengths and weaknesses. In addition, the BLiTZ system has been fully recalibrated, boasting the largest maps in the series to date.

Fans will also be able to get their hands on a Collector’s Edition of Valkyria Chronicles 4.

The Memoirs from Battle Premium Edition of Valkyria Chronicles 4 comes at a price of £89.99 GBP / $99.99 USD and includes the following:

In the UK pre-orders can be placed at GAME.co.uk* and Amazon.co.uk*. If you’re from the US you should check out Amazon.com*. 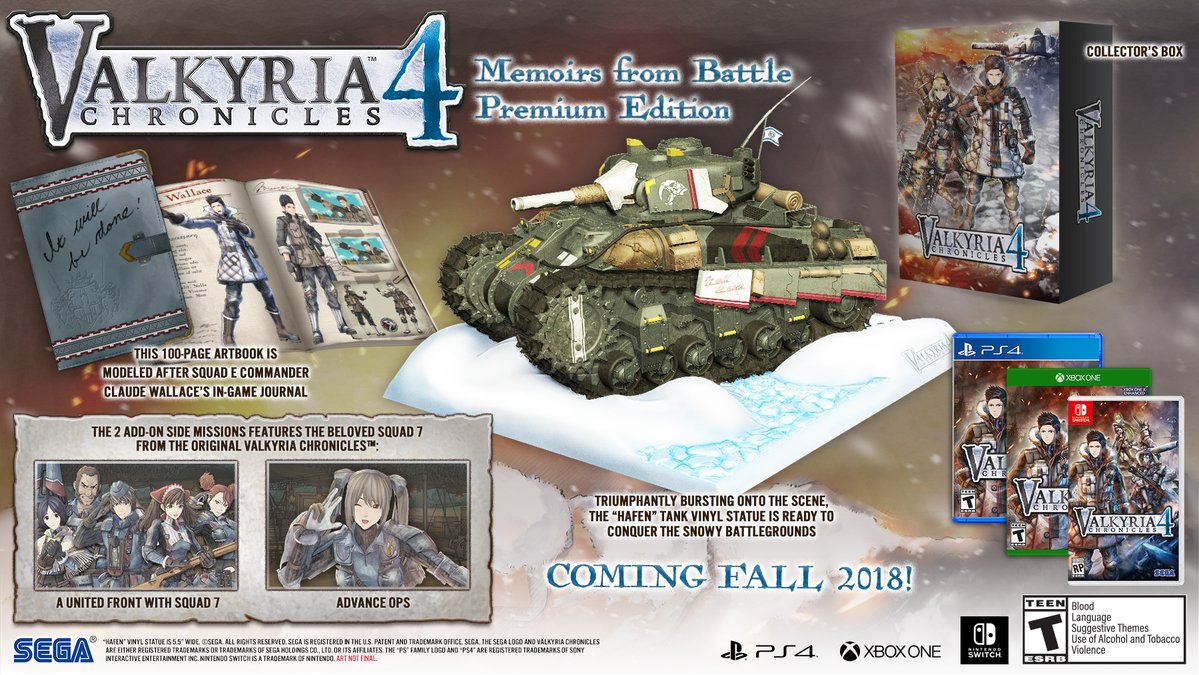