Activision and Vicarious Visions, the studio behind the Crash Bandicoot N. Sane Trilogy, have come together to bring back Tony Hawk’s Pro Skater 1 + 2, radically remastered for PS4, Xbox One and PC. The game is supposed to launch on September 4, 2020 and is set to bring back original levels, pro skaters, tricks, modes, and songs from the iconic soundtrack. Furthermore you will experience new ways to play including online Multiplayer. Tony Hawk Pro Skater 1 + 2 will feature the full original roster of pro skaters from the turn of the 21st century. That includes Steve Caballero, Geoff Rowley, Bucky Lasek, Elissa Steamer, Kareem Campbell, Andrew Reynolds, Bob Burnquist, Eric Koston, Rodney Mullen, Jamie Thomas, Rune Glifberg, Chad Muska… And of course, Tony Hawk. These skaters all come with their own Special Moves – from Geoff Rowley’s Darkside Grind to Tony Hawk’s legendary 900. But that’s not all. Everyone has learned a few new tricks over the past two decades, including the Revert, Lip Tricks, and the Wall Plant, allowing you to pull off incredible combos like never before.

The remaster will also feature all the original levels from the first two games in the franchise, from the Warehouse to The Bullring, as well as many of the songs from the original games to amp you up while you go for that Sick Score. Those levels can be played solo with goals old and new, with a buddy for local co-op, or online with original multiplayer game modes. All of this will be presented in stunning 4K resolution with updated and enhanced graphics, running at a frame rate crisper than a perfect 50-50 grind: 60 FPS (source). For the ultimate skater fans out there, a Collector’s Edition with a limited-run Birdhouse deck will be available.

The Collector’s Edition includes the Tony Hawk’s Pro Skater 1 + 2 games as well as the following content:

In the UK the Edition is exclusively available at GAME UK* for £89.99 GBP. For the US there is no exclusive retailer and pre-orders are available at all major retailers such as Amazon.com* and Gamestop.com* for $99.99 USD 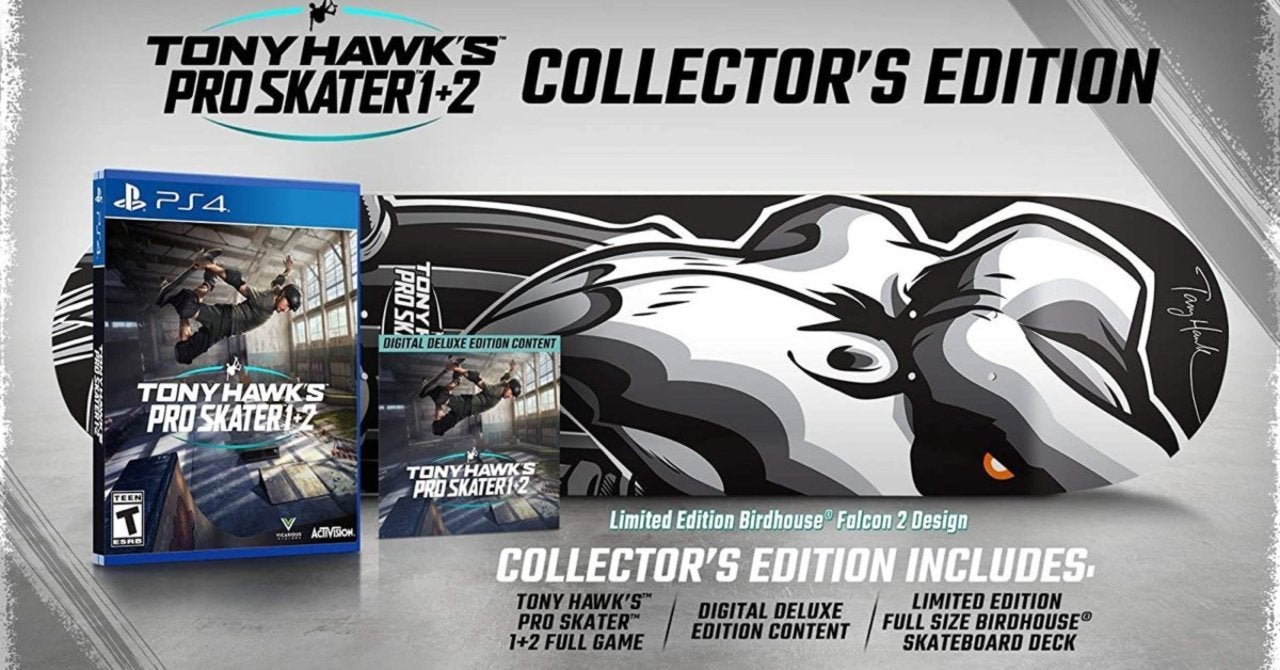