For its 10-year anniversary, Diablo-style game Titan Quest will arrive on all current home consoles with remastered graphics and an edition that includes both the base game and the expansion pack Immortal Throne. The game will feature restored and improved multiplayer functionality as well as improved performance and general stability. Furthermore, there will be dozens of new heroes and bosses to encounter. Altogether there will be 28 classes and over 1000 pieces of unique and legendary items to create the ultimate champion.

Titan Quest is set in the mythological world of ancient Greece, Egypt and Asia. The game follows the story of a player-created protagonist who is on a quest to defeat the Titans after they escaped from their eternal prison. On your way to Olympus you have to fight through hordes of monsters, undead and demons, who serve the Titan Typhon.

The PS4 and Xbox One versions will arrive on 20th March 2018 with a Nintendo Switch release to follow later in the year. Apart from the online- and offline-release of the Standard Edition of the game, THQ Nordic is also releasing a Collector’s Edition which will be available for PC, PS4 and Xbox One.

The Collector’s Edition of Titan Quest comes in a large premium box and includes: 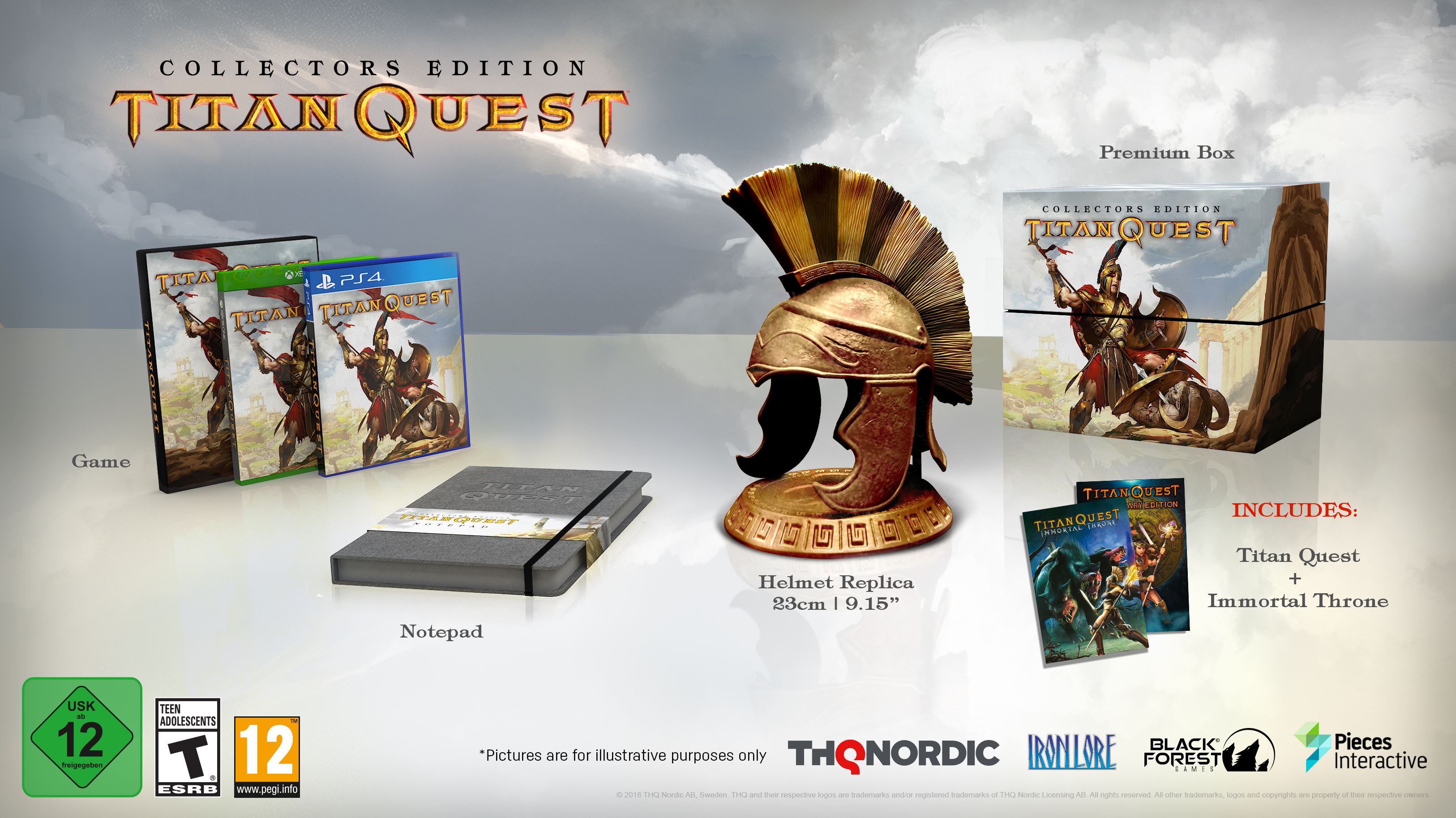