Several months ago during the Anime Expo 2017 Bandai Namco Entertainment announced that they would be bringing a game adaptation of the popular anime and manga The Seven Deadly Sins by Nabaka Suzuki to North America and Europe in 2018 for Playstation 4 consoles.

Based off the manga and anime series, The Seven Deadly Sins: Knights of Britannia lets you re-live the story of the anime, with free updates to the story as the next season airs. Assemble the Seven Deadly Sins and fight to save the Kingdom of Lioness. Formed by seven brutal criminals, the Seven Deadly Sins were the strongest and cruelest chivalric order in the kingdom. Ten years ago, they were accused of murdering the Great Holy Knight and have disbanded every since.

Along with the classic Standard Edition of the game, The Seven Deadly Sins Knights of Britannia Wrath Collector’s Edition features the following exclusive collectible items: 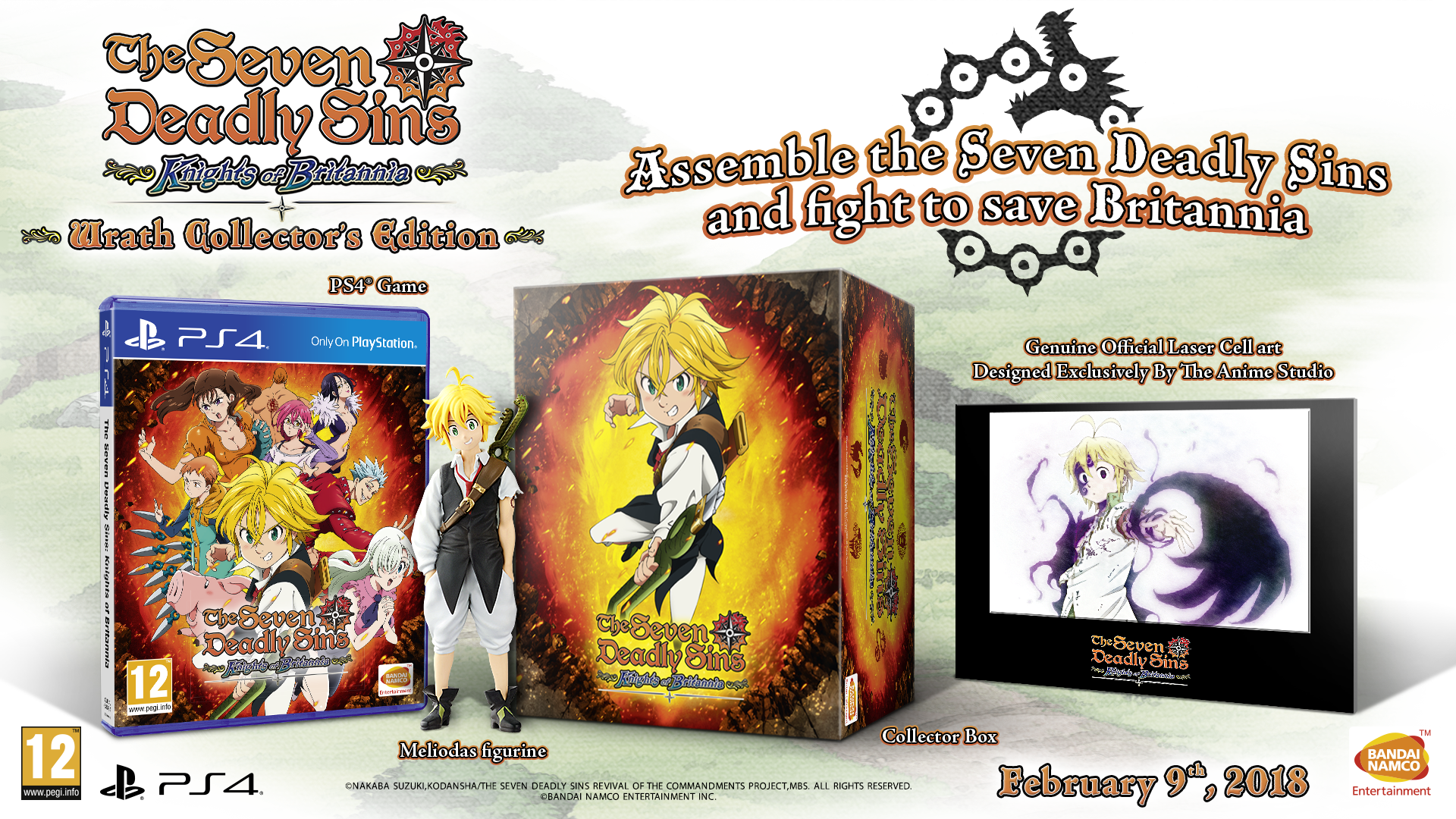