Strange Brigade Collector’s Edition Lets You Build Your Own Airship

Announced at last year’s E3, the cooperative third-person shooter Strange Brigade is hitting stores this summer and makes the summer gap a little bit more interesting. If you haven’t heard about the game yet or can’t properly recall the E3 presentation, here are a few words what the game is all about. Either alone or in a team with up to 4 players you hunt the foul Seteki through the campaign which is settled in the 1930s. But she’s not alone, she has brought her army of loyal beasts with her such as moaning mummies, fire-breathing assassins and armour-plated minotaurs.

The game starts off in Egypt, where hobby archaeologist Edgar Harbin frees the soul of the undead queen. Fortunately, there is the Strange Brigade and an amulet which can unleash magical attacks. When you’re not taking out hordes of enemies, you’ll be looking for treasure to unlock powerful weapons.

Oh, by the way: There will be no microtransactions so you can spend your money on the Collector’s Edition which will be released alongside the game.

The Collector’s Edition of Strange Brigade comes with a cardboard outer box with worn leather look and the following content: 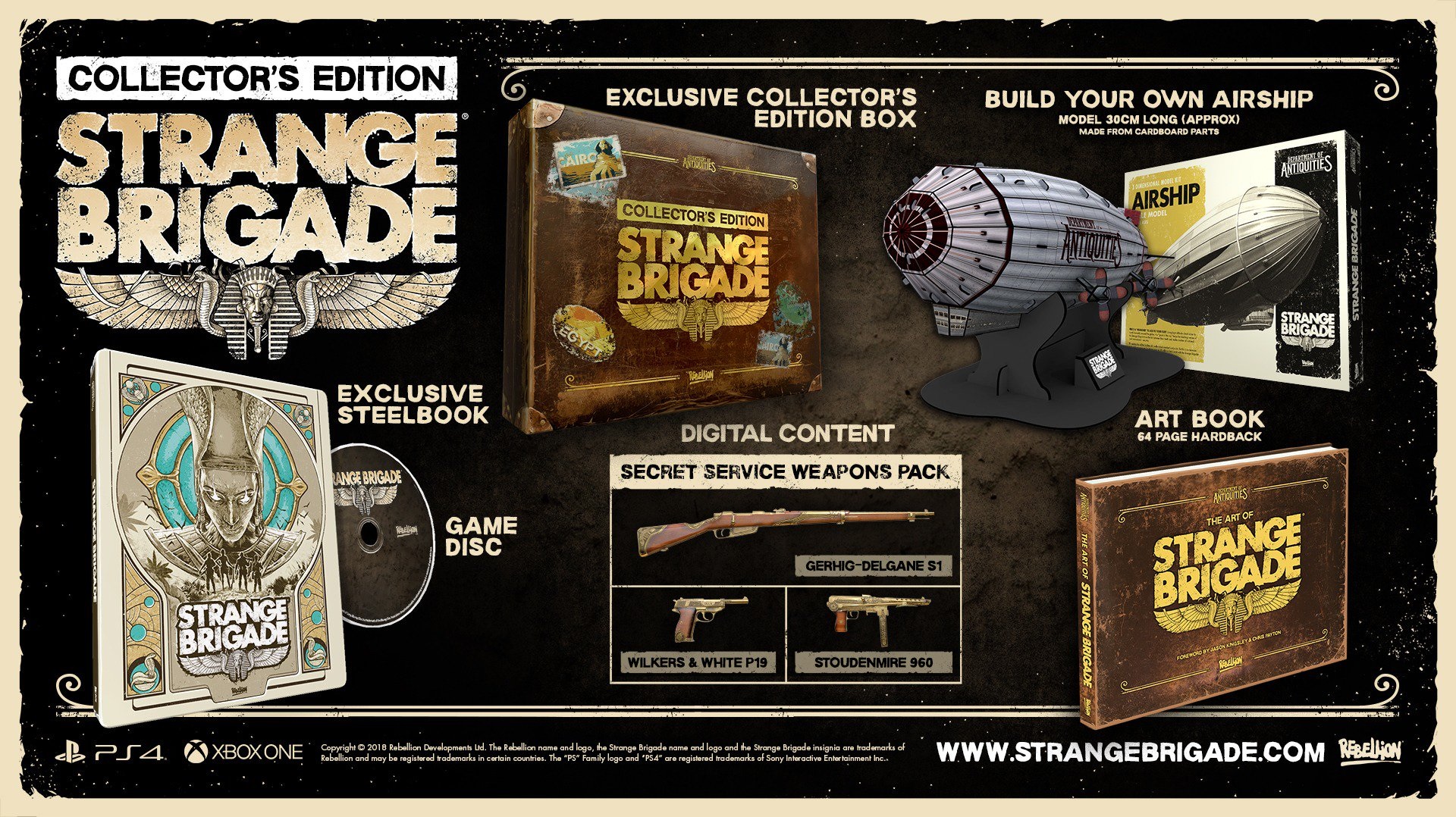