Yesterday Sony and Insomniac Games have announced that Marvel’s Spider-Man will launch on Friday, September 7, 2018. Spider-Man is an open world action adventure which takes place in New York City. Most of the time you’ll swing, sneak, climb and fight your way around the skyscrapers in the streets of New York dressed up as Spider-Man. However during some key moments you will also be able to play as Mary Jane and Peter Parker. The game isn’t directly based on the comics, movies or other preexisting incarnation of the franchise. Instead you will experience a complete new story with a more adult-like Spidey / Peter Parker and one of the less popular supervillains Mr. Negative.

But of course that’s not the reason why we are here. If you are a sucker for collector’s editions you will definitely like what’s coming next. There are a few physical editions available, including a Special Edition and of course the highly coveted Collector’s Edition.

The Special Edition of Spider-Man is exclusive to Europe and includes in addition to the game the following items: 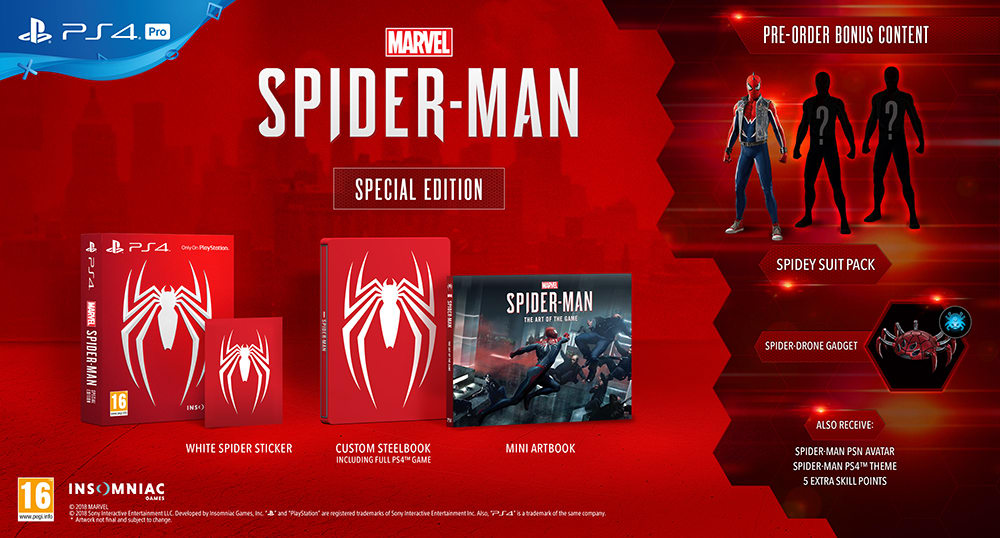 The Collector’s Edition of Spider-Man comes at a price of $149.99 USD / £129.99 GBP and houses a few more special goodies for Marvel Fans. So better get those wallets ready for the following content:

You can spend your hard earned money at major retailers like BestBuy* and GAME UK*. 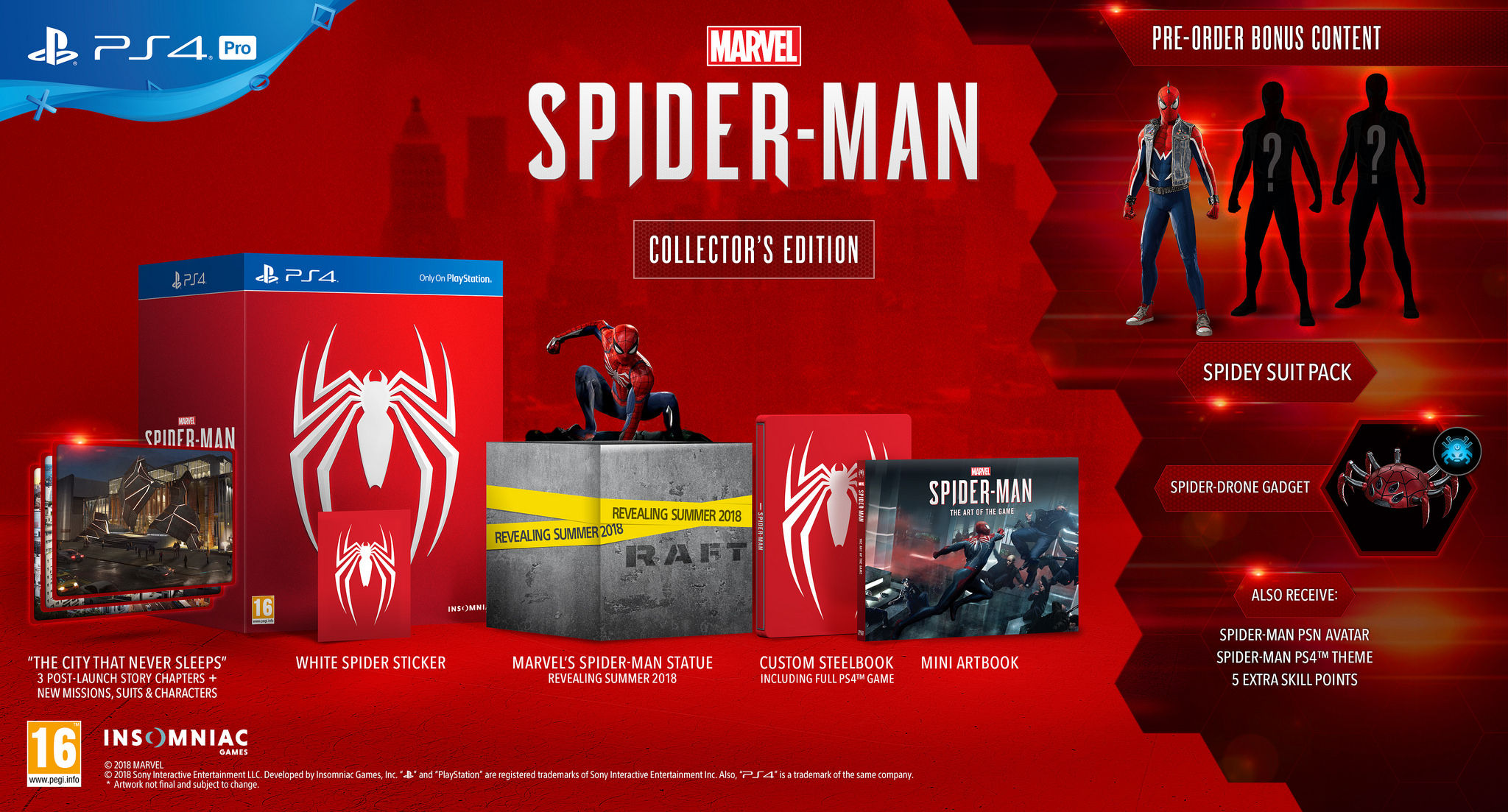