Bandai Namco announced that Soulcalibur VI will launch worldwide on October 19th, 2018 for PC, PS4 and Xbox One. It’s been five years but the beloved series is finally back. Soulcalibur VI will have a diverse cast with the return of familiar fighters alongside the debut of new ones. So far 11 characters have been announced including The Witcher’s iconic Geralt of Rivia.

One of the biggest new additions is the Reversal Edge which is similar to the Focus Attack in Street Fighter. Furthermore Eight-way run is back and parries can now be done at any point.

The game will launch alongside several Collector’s Editions which are different depending if you are from Europe or North America.

The Collector’s Edition is exclusive to Europe and comes with the following: 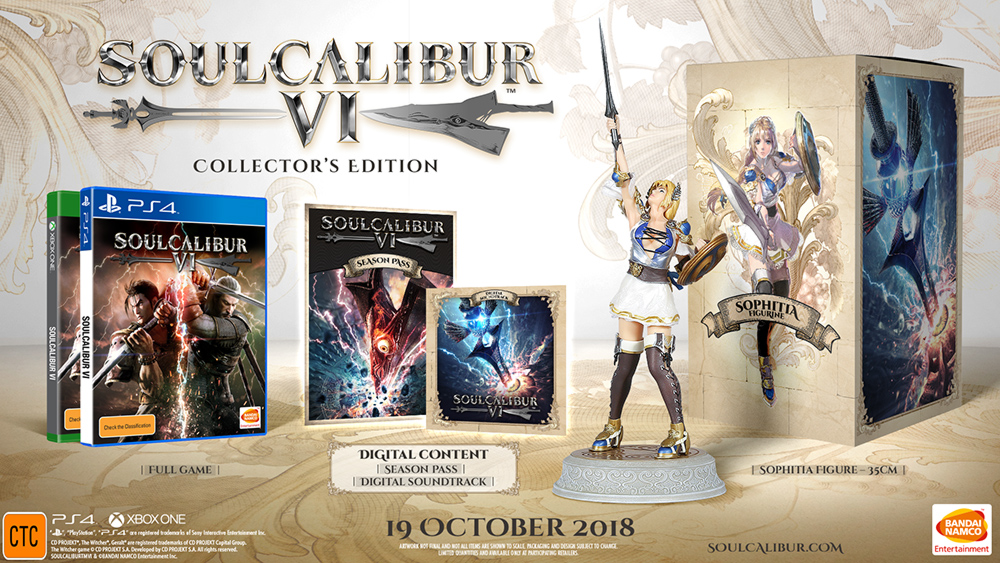 The Limited Silver Collector Edition of Soulcalibur VI is priced at £129.99 GBP and includes the following:

The Limited Silver Collector Edition is exclusively available to pre-order for PC, PS4 and Xbox One at the official Bandai Namco Store. 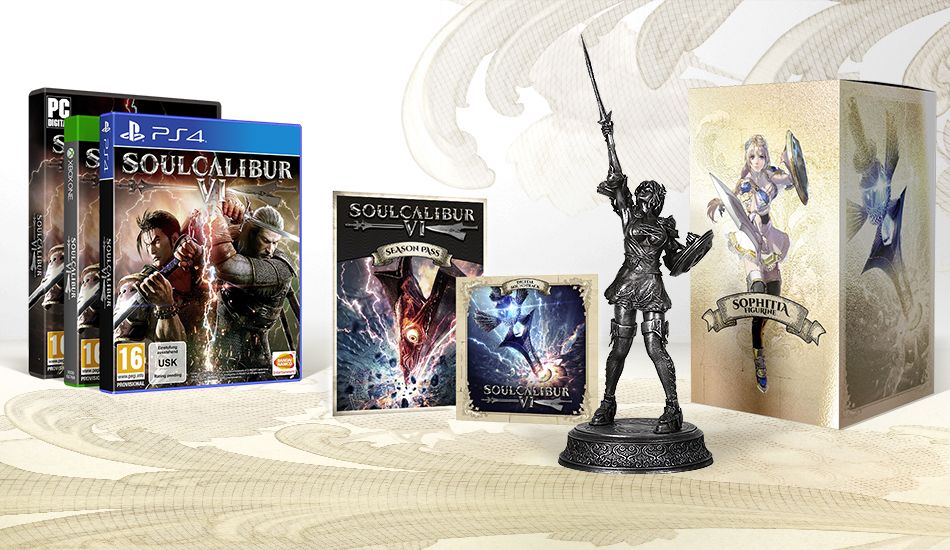 The Deluxe Edition of Soulcalibur VI comes with a Metal Case with a built-in soundbox with 4 in-game voiceover audio clips and the following content:

The Deluxe Edition is available as a digital version for the PC in Europe and as a physical copy in North America for PS4 and Xbox One. Pre-orders can be placed at Amazon.com* for $99.99 USD. 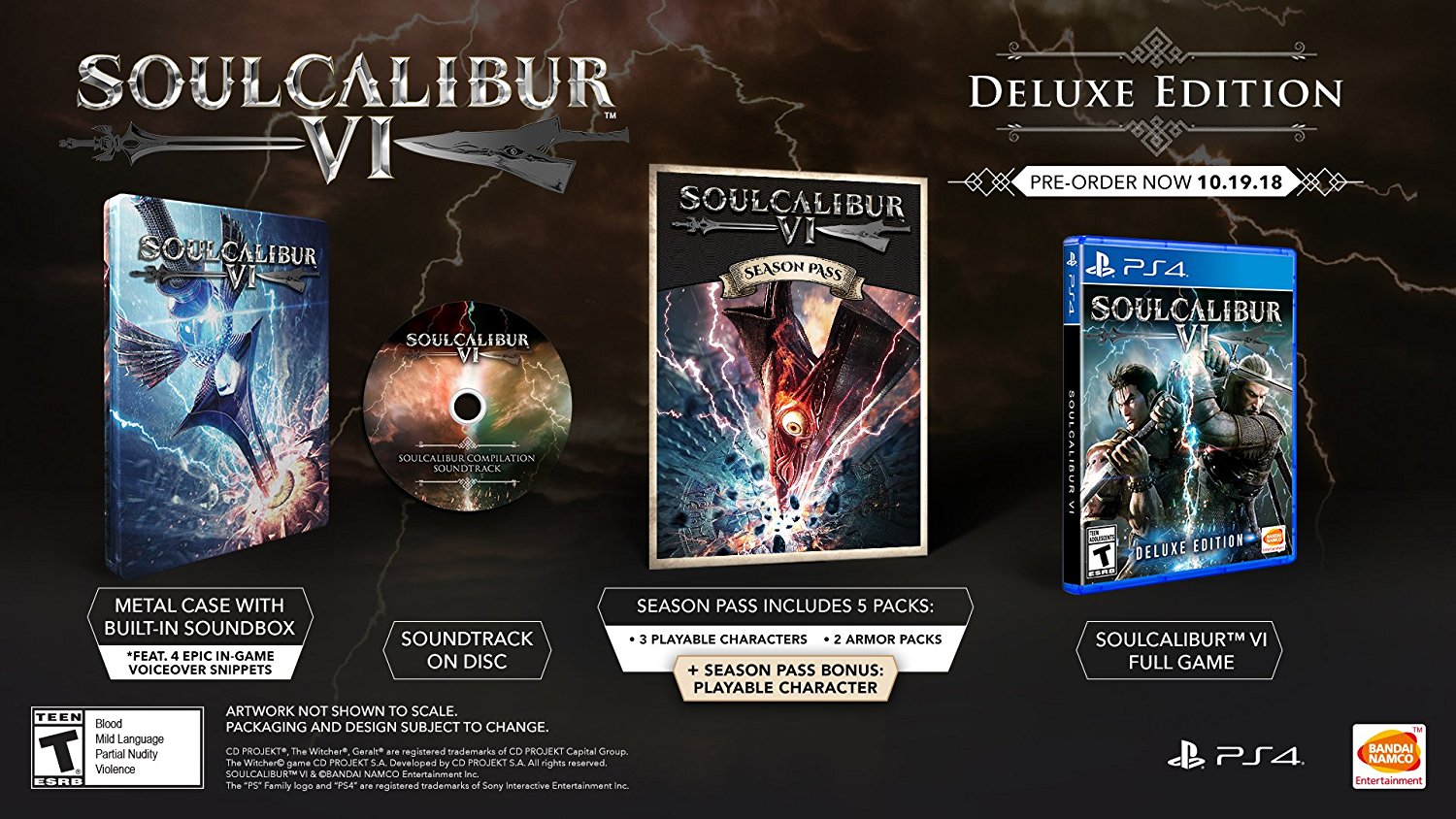 The Collector’s Edition of Soulcalibur VI is exclusive to North America and includes the following content: 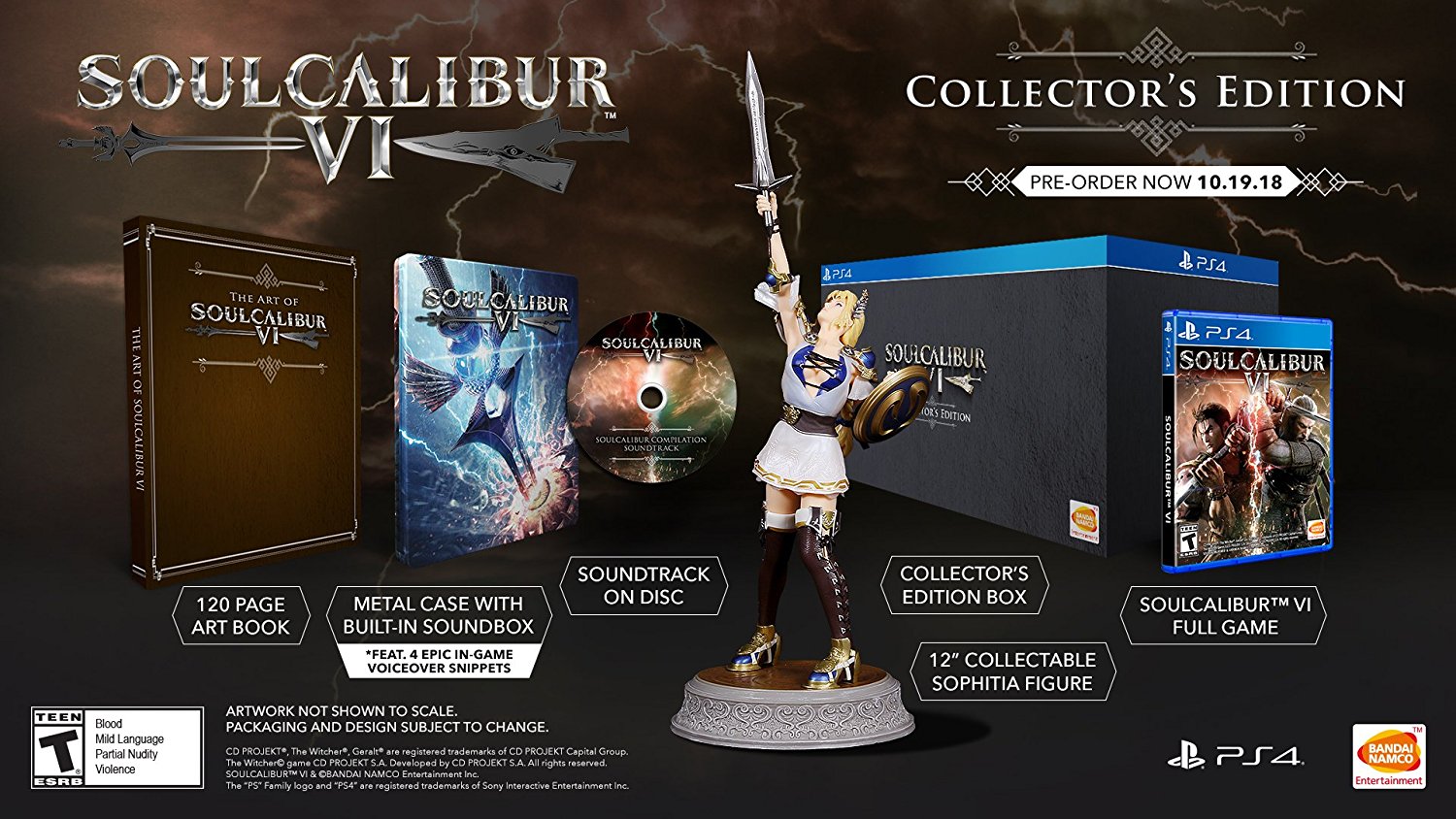