For those new to the Shining series, I will give you a short introduction. The Shining series is a long-running SEGA franchise which had its debut 1991 on the SEGA Mega Drive / Genesis video game console. Several years have passed and there was quite a hiatus since the last installment in the West. For this reason, it’s even more delightful that Shining Resonance Refrain finds its way to Western markets.

The action JRPG Shining Resonance launched in Japan 2014 exclusively for the PS3. Now the game is being remastered in 1080p and comes with English voices, all existing DLCs as well as a brand-new “Refrain” mode, which unlocks Excella and Jinas as party members.

Shining Resonance Refrain is supposed to launch this Summer for PS4, Xbox One and Nintendo Switch. Furthermore, SEGA announced that there will also be a limited Collector’s Edition available for everyone who pre-orders the game.

The Draconic Launch Edition of Shining Resonance Refrain will be a first edition release meaning that all pre-orders and launch copies of the standard edition include a collectible metal slip case. Please note, the Switch version have a different sized metal slip case. Price for the Draconic Launch Edition will be $49.99 USD / £44.99 GBP. Pre-orders can be placed at Amazon.co.uk* and Amazon.com* 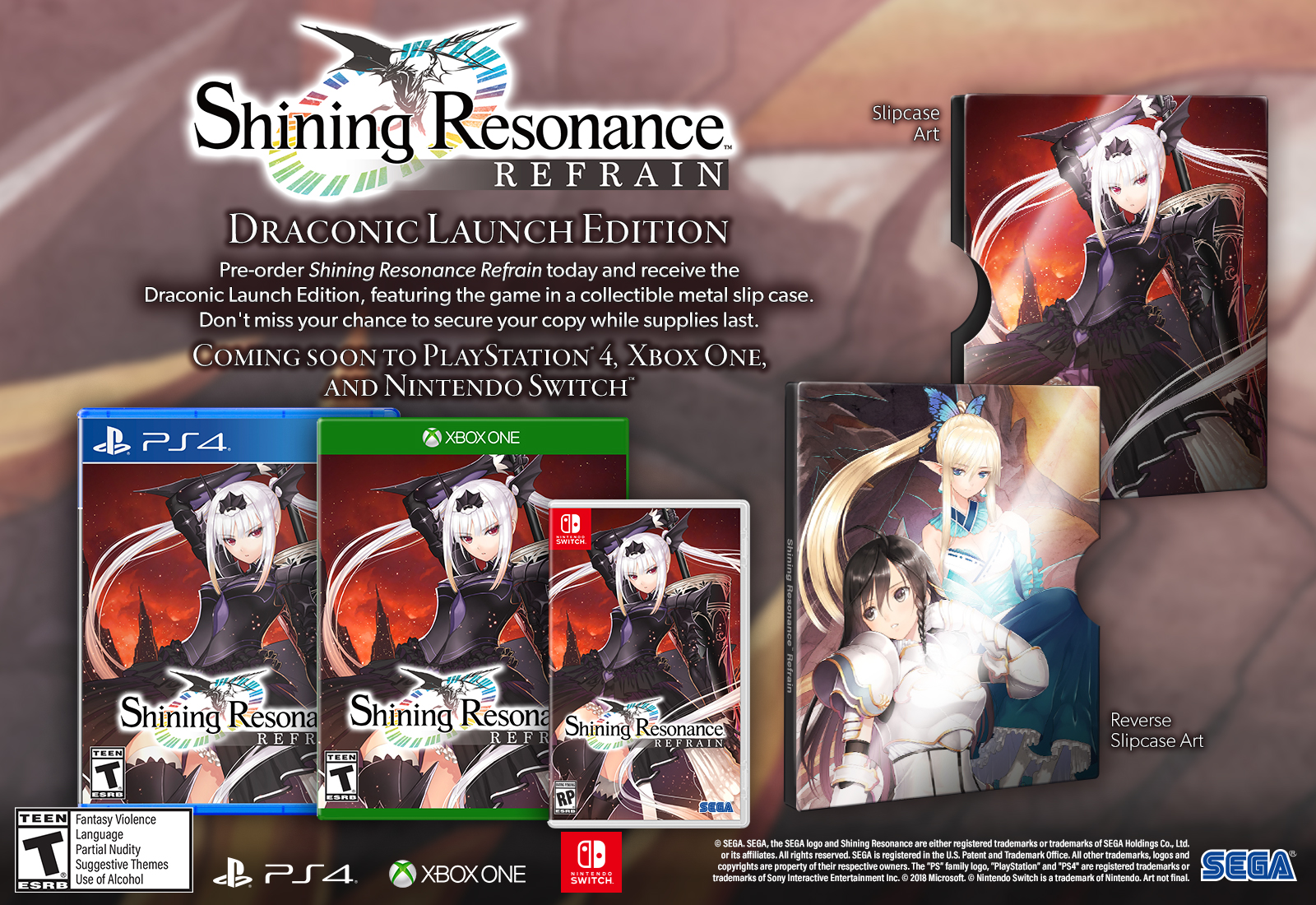