Deep Silver and Ys Net announced that Shenmue III launches on November 19th for PC and PS4. Shenmue III is the eagerly anticipated sequel to Dreamcast classics Shenmue and Shenmue II. The game was officially announced during Sony’s E3 press conference in 2015 and simultaneously Suzuki launched a Kickstarter campaign to fund the game. Shenmue is commonly known as one of the most ambitious game projects in history, it captured the imagination of players from around the world with its unique setting, intimate and cinematic character-focused story, realistic battles, and fun mini-games.

Now players from all around the world can finally secure their copy of Shenmue III and in addition to that there’s even a limited Collector’s Edition available to pre-order.

The Collector’s Edition is fully themed, and truly inspired by the series and is the perfect companion for this latest episode. It includes the following: 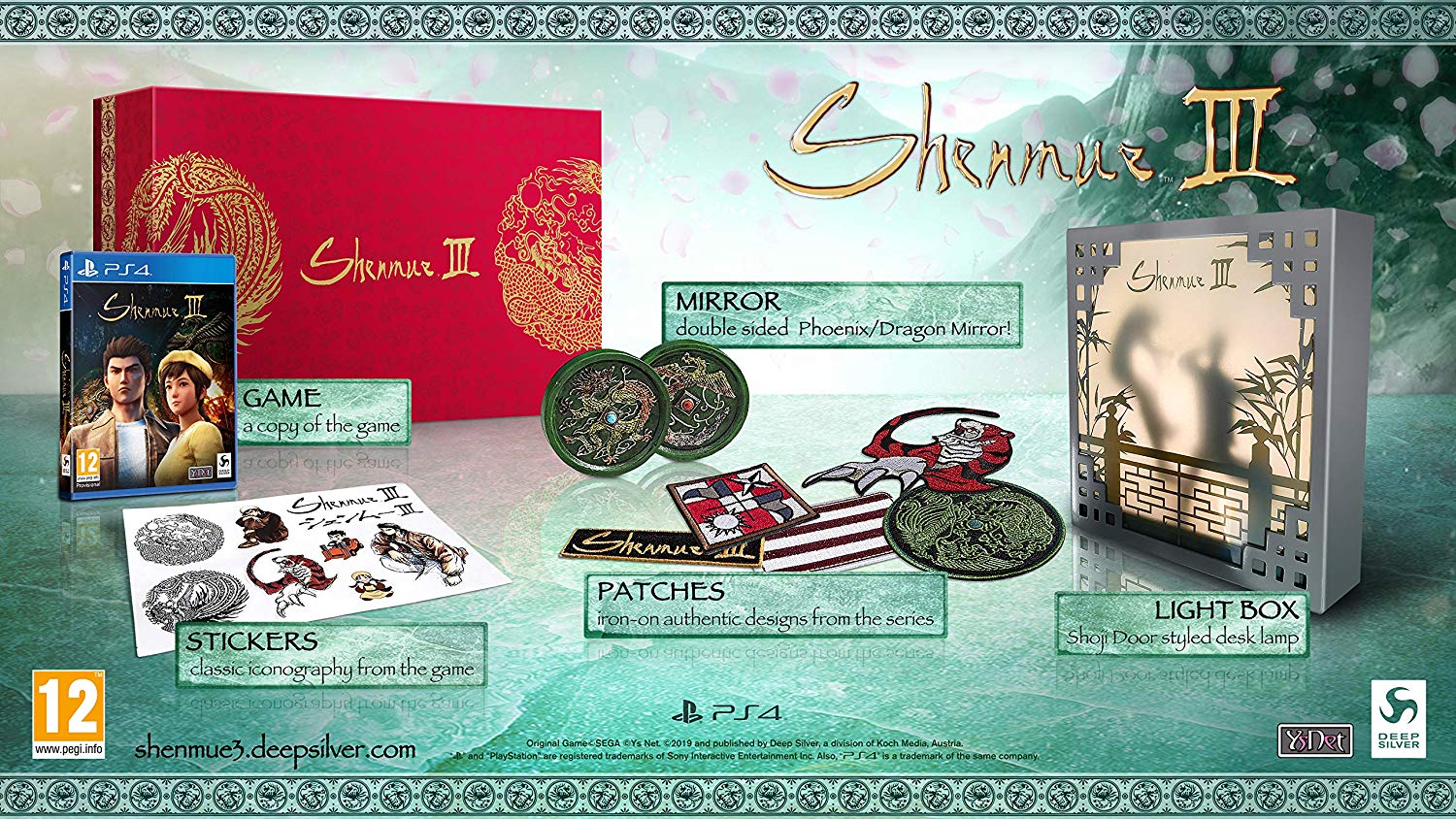