If you are from the UK you can now get your hands on the Sekiro Shadows Die Twice Steelbook Edition*. Those who will pre-order at GAME will also get two bits of exclusive pre-order bonus content that you won’t find anywhere else in the UK. These are a digital artbook and the digital soundtrack of the game.

From Software and Activision have announced that the upcoming third-person, action-adventure game Sekiro Shadows Die Twice is due to release for PS4, Xbox One and PC on March 22, 2019. The director is none other than Hidetaka Miyazaki himself. The Bloodborne and Dark Souls creator is planning to go a different way with Sekiro. Players will experience a dark and twisted new gameplay which takes place during the late 1500’s in Sengoku-era Japan.

Fans of FromSoftware will find familiarity in the gritty gameplay found in Sekiro Shadows Die Twice where combat reigns supreme. Players will enjoy combining new features, such as vertical traversal, with visceral head-to-head battle to fulfill their destiny in a vast world filled with beautiful vistas, enormous castles, bizarre weaponry, and fearsome enemies.

To get you even more hyped. Activision also announced a Collector’s Edition which is offering great value for money.

The Collector’s Edition of Sekiro Shadows Die Twice is priced at £99.99 GBP / $89.99 USD and includes in addition to the full game the following content:

Pre-orders are already open and can be placed at Game UK*, Amazon UK* and in the US exclusively at Gamestop.com*. The Collector’s Edition is only available for PS4 and Xbox One. 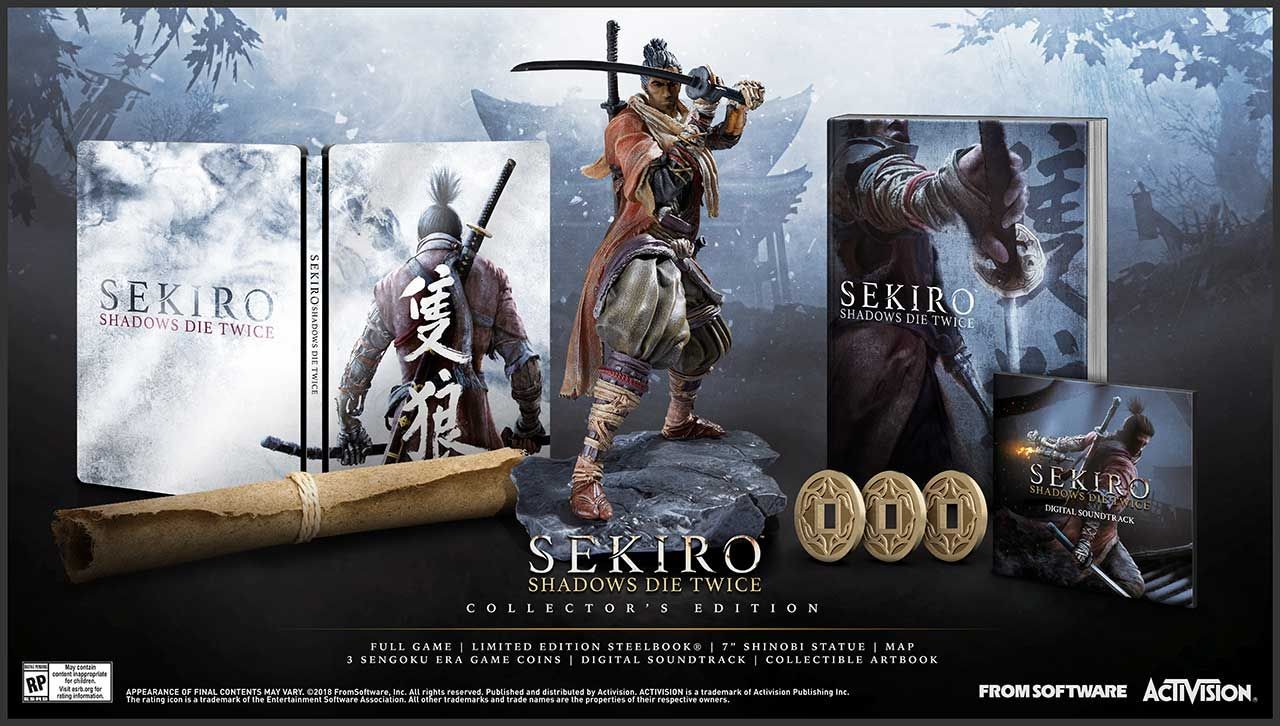