If you are still looking for a copy of the Limited Edition of Owlboy here are a few more stores that have the Owlboy Limited Edition currently up for pre-order: Amazon.de*, Amazon.fr*, Shopto.net.

Amazon.com* and Gamestop.com* also have listings up but at the time of writing they are either sold out or temporarily unavailable. Also no matter where you pre-order your copy, texts on the back cover are in English only.

Even though we are quite a while away from the 16-bit era, it has held up very well in my opinion and even today there are a lot of small development studios who understand how to combine the best from back then with new modern technology and solid storytelling. This makes it possible to introduce games like Owlboy to a much wider audience and not only to those who want to scratch a nostalgic itch. Without saying too much Owlboy is really everything you hoped for. You play as Otus – an owl-human-hybrid – who wants to save his village. The game knows how to pick up on traditional adventure game mechanics and does a very good job of it. For example, there are obstacles to overcome, multiple paths and shops to upgrade and advance. In all, Owlboy is a wonderful tribute to games like Zelda: A Link to the Past, Metroid and even Mega Man.

The Limited Edition of Owlboy will be strictly limited to only 6,000 pieces per platform worldwide and includes in addition to the base game for Nintendo Switch or PS4 the following items:

According to SOEDESCO there will be a PEGI Version for Europe and an ESRB version for North America. Pre-orders for the US Version can be placed at PlayAsia either for Nintendo Switch* or Playstation 4*. As soon as more retailers become available we’ll update this blog post for your benefit. 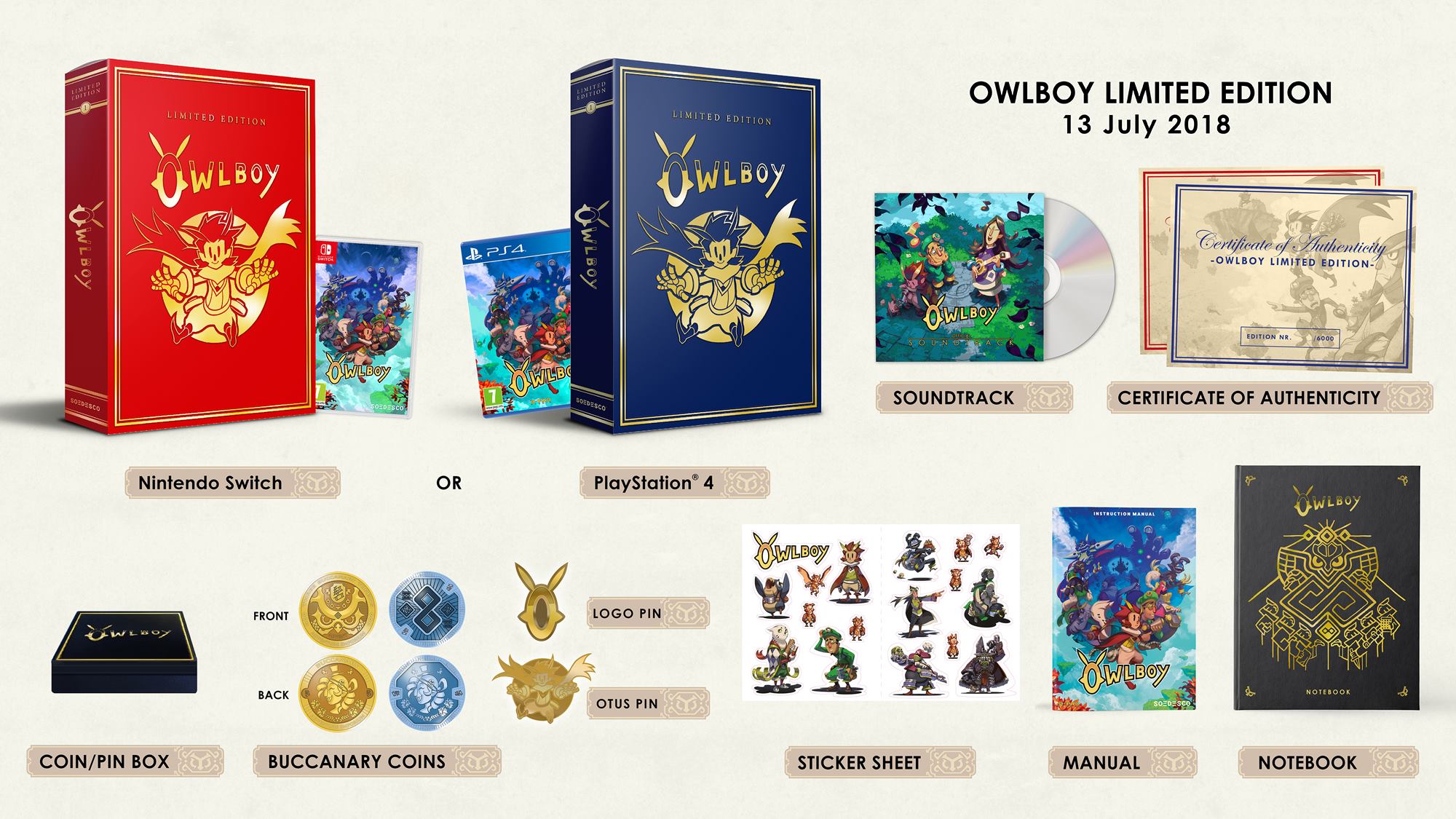