People in the UK can now place a pre-order for the Traveler’s Compendium Edition of Octopath Traveller at GAME UK* for £79.99 GBP.

Pre-orders for the Wayfarer’s Edition of Octopath Traveler are now up on BestBuy* for $99.99 USD. If you signed up to Best Buy’s Gamers Club Unlocked service you’ll also profit from that nice 20% discount. The service is only $30,- USD for two years and it nearly pays for itself with the savings on this Collector’s Edition alone.

During its latest Nintendo Direct presentation on March 8, Nintendo announced that Square Enix’s newest RPG called Octopath Traveler will launch on July 13. The new fantasy world is brought to life through the combination of modern and pixel graphics.

You begin your journey as one of eight protagonists, each with their own profession and talents. It’s entirely up to you where you go and who is allowed to team up with you. No matter if you prefer to duel or allure an evildoer, it affects your way of playing and how you proceed through the story.

The combat system is a fusion of simple, pick-up-and-play, turn-based battles and all-new mechanics like the Boost system which allows you to increase the strength of your attacks and abilities to strike a lethal blow.

From launch, there will be a Collector’s Edition available not only in Europe, but in North America, Australia and even New Zealand.

The Traveler’s Compendium Edition of Octopath Traveler is exclusive to Europe, Australia and New Zealand. In addition to the game card it includes the following:

As it stands, UK retailers have not opened pre-orders for the Octopath Traveler Traveler’s Compendium Edition. For future updates please check out our Twitter and Facebook page and give us a like. It’s a great place to view our content and interact with us!

No worries, North America will not be left behind empty-handed. But there is a slight difference to the Traveler’s Compendium Edition from Europe. Surprisingly it features a Sound Selections CD of Octopath Traveler. Otherwise the content is identically: 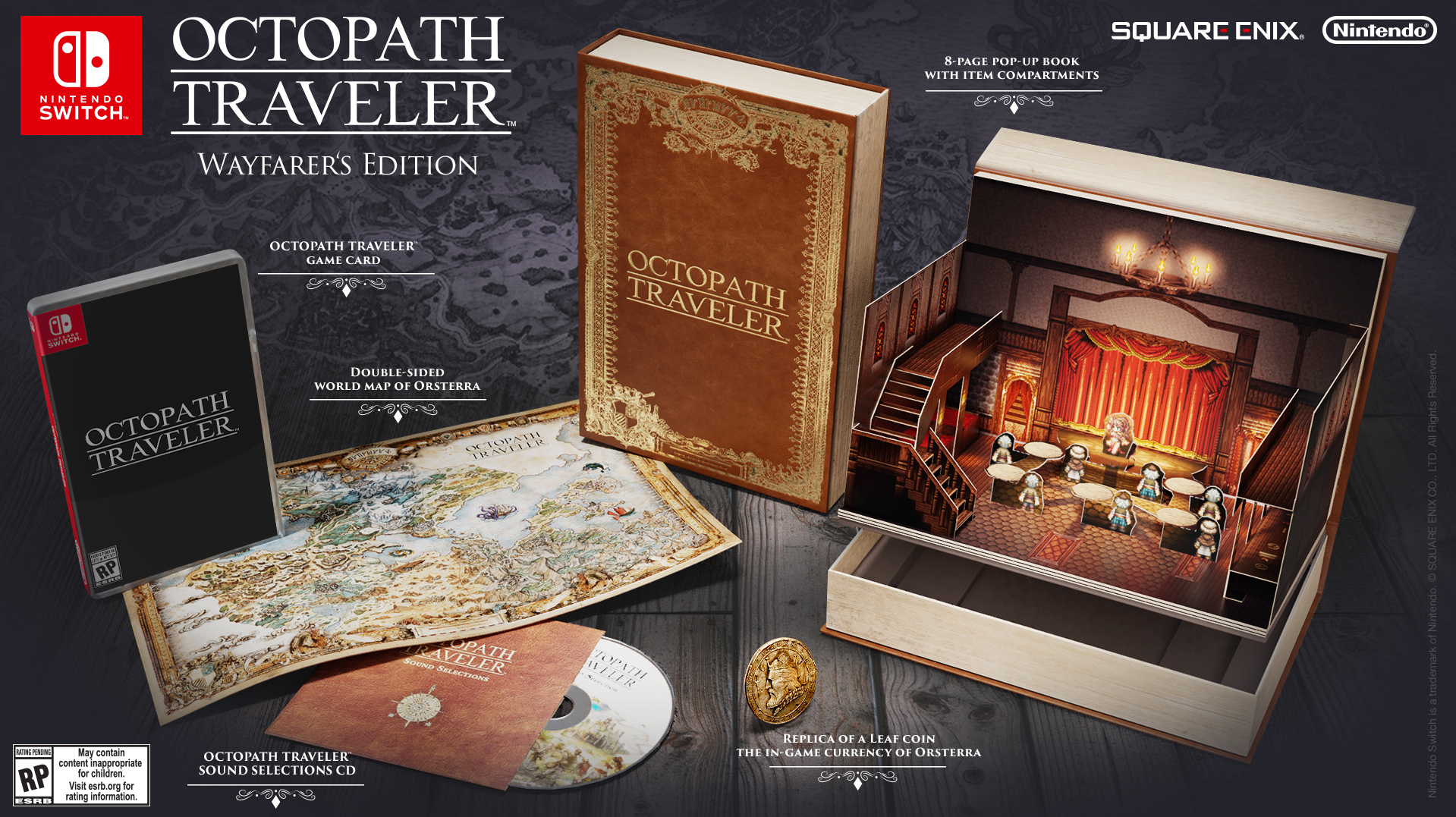