Naruto is back. With Naruto to Boruto Shinobi Striker Bandai Namco sets off in a new direction with the upcoming Beat-’em-Up. You’ll be able to battle as a team of 4 and compete against other teams online. Furthermore, Shinobi Striker will introduce a completely new graphic style which differs from previous installments. The game will be online only and is not expected to feature a Story Mode. However, you will be now able to create your own ninja similar to Dragon Ball Xenoverse 1 & 2. Naruto to Boruto Shinobi Striker will offer the following three game modes.

Shinobi Striker will release on August 31 for PS4, Xbox One and Steam. In addition to the release date Bandai Namco also announced the Uzumaki Edition for Europe.

The Uzumaki Edition of Naruto to Boruto Shinobi Striker will cost €119.99 Euro / £119.99 GBP and includes in addition to the game the following items:

The Uzumaki Edition can be pre-ordered at Game UK*, Amazon.co.uk* or Amazon.de*. At the time of writing Amazon does not offer shipping  to the United States. 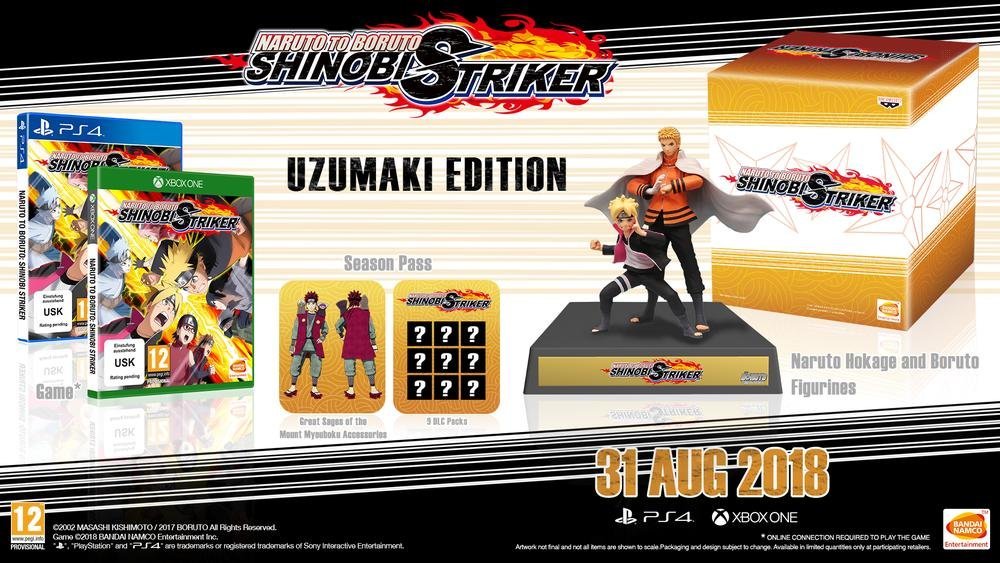