Alot of time has passed since Kingdom Hearts III was first announced at E3 in 2013. But the wait is finally over and the release is just around the corner. On 29 January 2019 the time has come. Sora, Donald and Goofy return and embark on a dangerous adventure. Prevent the heartless from taking over the universe and travel through a variety of Disney and Pixar worlds. You’ll be able to partner up with cult characters like Elsa, the Ice Queen, Captain Jack Sparrow or the son of Godfather Zeus, Hercules.

According to Director Tetsuya Nomura, the game is designed to be fun for both long-term fans and franchise newcomers. If you still don’t want to start the game completely unprepared, you should go for the Kingdom Hearts 2.8 Final Chapter Prologue Collection (UK* / US*) according to Nomura.

If you don’t need any more warm-up and are just looking forward to the release, you can buy the Deluxe Edition or a limited PS4 console now.

The Deluxe Edition of Kingdom Hearts III costs £69.99 GBP / $79.99 USD and comes with a luxurious package that includes in addition to the game the following:

Pre-orders for the Deluxe Edition can currently be placed at Game UK* and Amazon.com*. If that’s not enough for you, you can also buy the bundle version exclusively sold through the Square Enix Store (UK / US) for an additional £130.- GBP / $150.- USD. For a total price of £199.99 GBP / $229.99 USD you will get the Deluxe Edition as well as three separate Sora, Donald and Goofy Bring Arts figures. 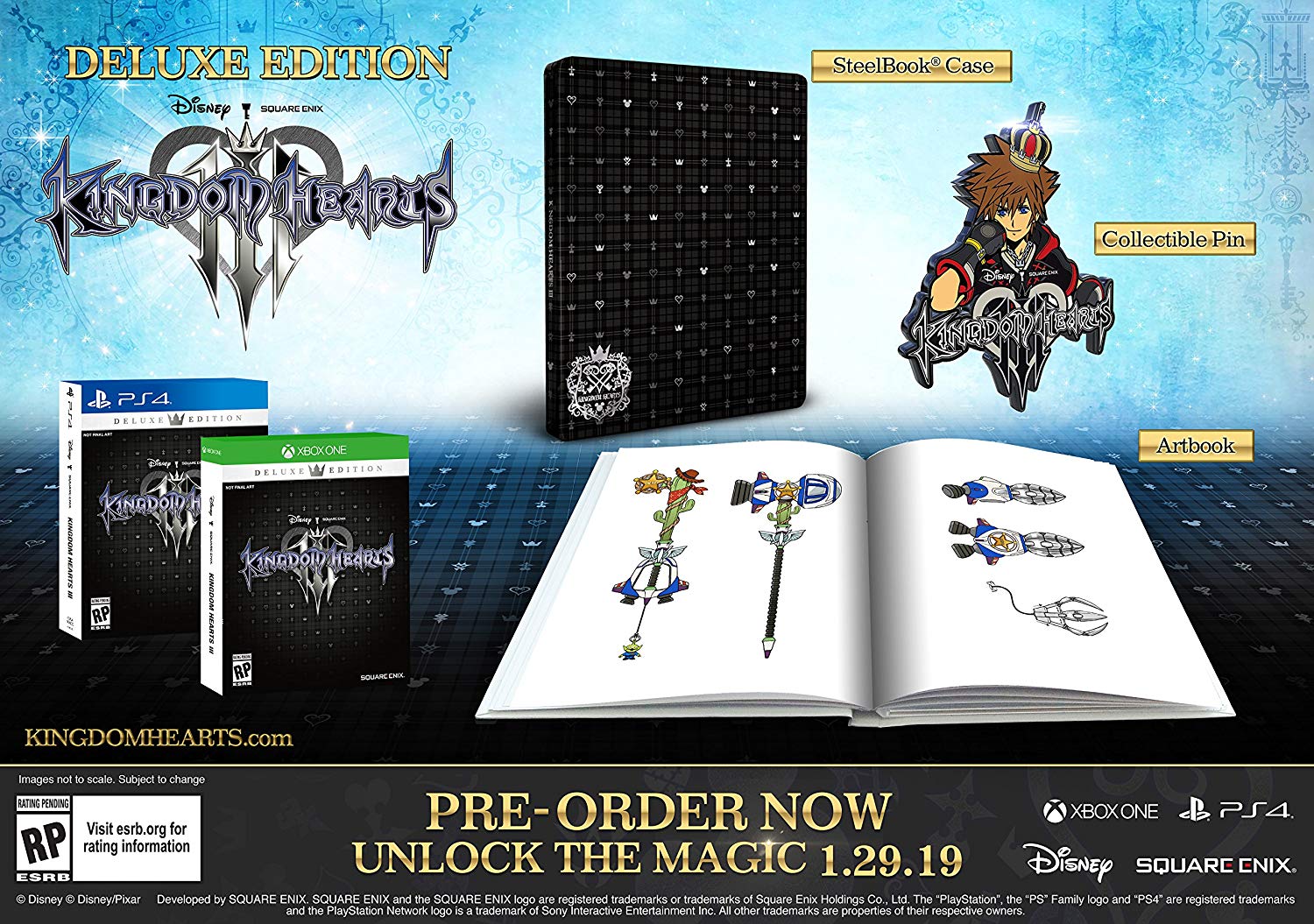 The Deluxe Edition is not enough for you and you want to celebrate the return of Sora, Donald and Goofy very badly? Then the limited console bundle might be just the thing you were looking for. In addition to the Deluxe Edition, you’ll also get a Playstation 4 Pro console that is furnished with an intricate patterning that features the Kingdom Hearts emblem and a leather-texture finish. Of course, you’ll also get a matching Dualshock 4 controller that includes ornate detailing on the touchpad. The bundle is exclusively available at Game UK* and Gamestop.com* and can be pre-ordered for £379.99 GBP / $399.99 USD. 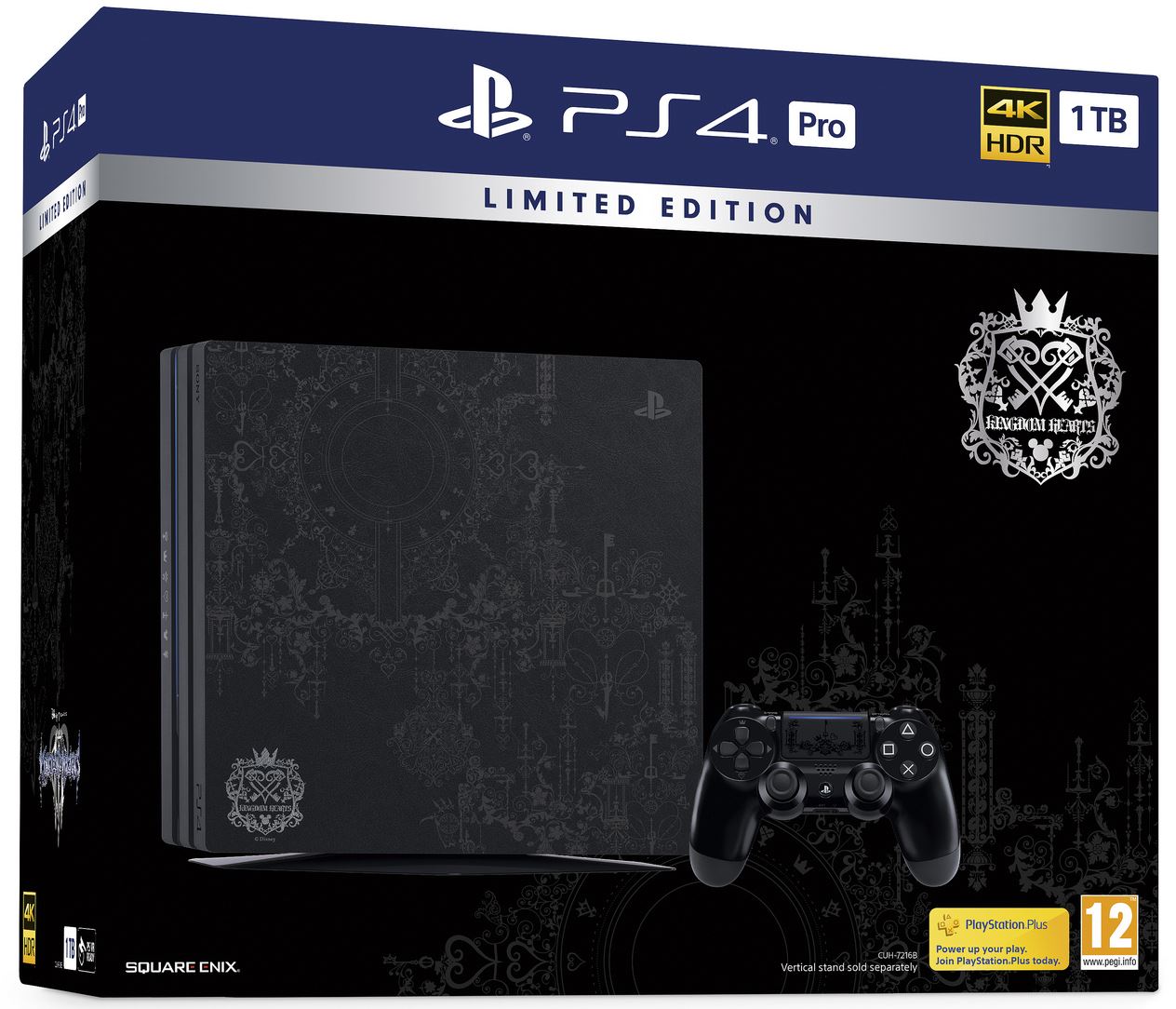