4 years ago, Warhorse Studios launched a Kickstarter campaign for its open-world role-playing game Kingdom Come Deliverance and more than 35,000 backers pledged £1,106,371 to help bring the game to life. On February 18th 2018 the time has finally come: Fans will be able to get their hands on the long in-development game.

Kingdom Come Deliverance focuses on realistic medieval and historical events rather than on dragons, magicians or other fantasy elements. You play as Henry, the son of a blacksmith who is one of the few survivors of a mercenary raid, ordered by King Sigismund. Without a home, family, or future, you join forces with Lord Radzig Kobyla and help fight for the future of Bohemia.

The Collector’s Edition of Kingdom Come Deliverance will come with the Special Edition of the game and the below additional exclusive content. 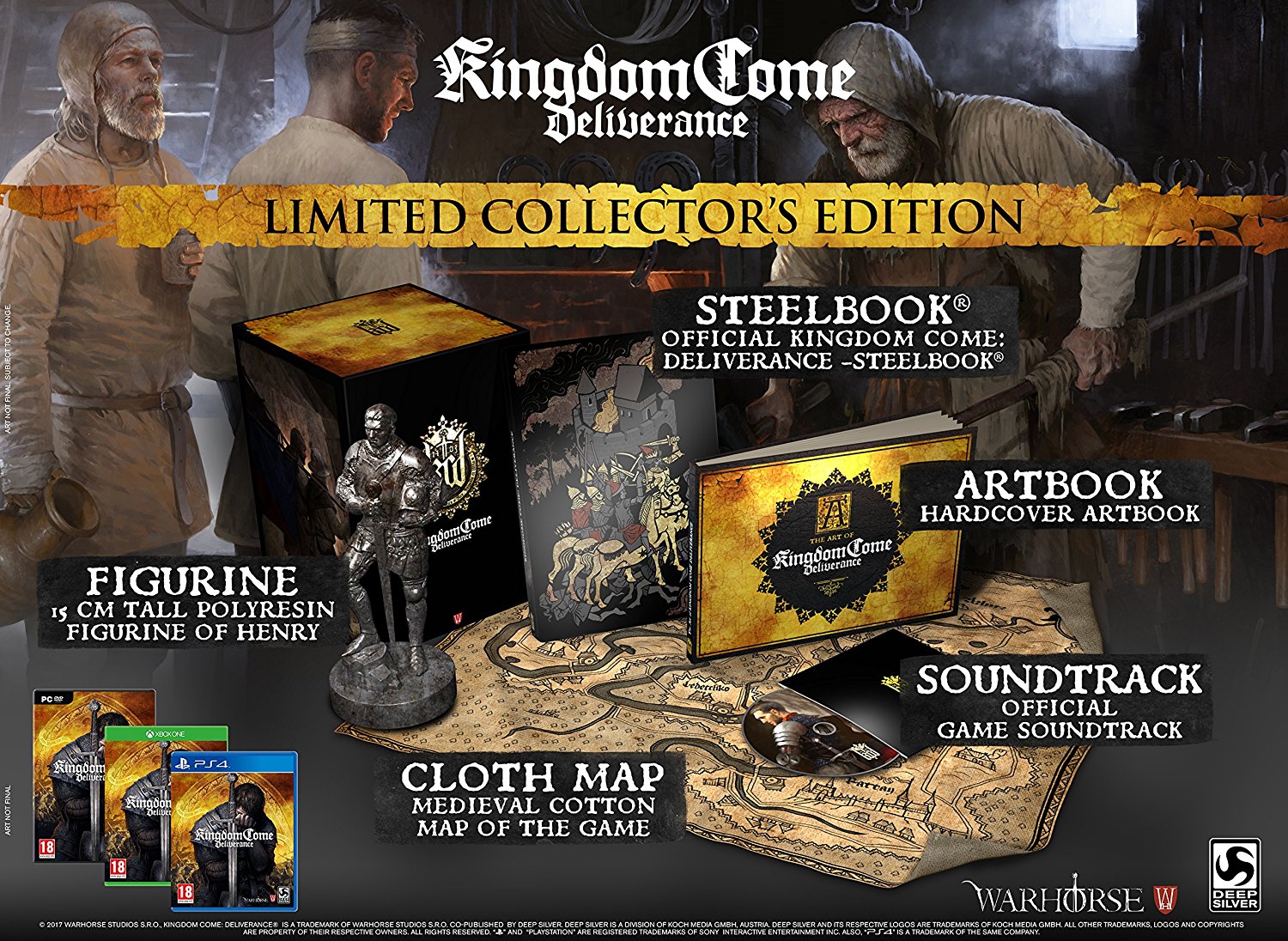