Platform:
Publisher:
Developer:
Release Date:
Immortals Fenyx Rising brings grand mythological adventure to life. You play as Fenyx, a new, winged demigod, on a quest to save the Greek gods. The game will be available on PC, PS4, PS5, Xbox Series X, Xbox One and Nintendo Switch. The game also offers buyers of the PS4 and Xbox One version to upgrade the game to the next-gen version at no additional cost.
Immortals Fenyx Rising is a fresh and witty take on the open world action adventure genre, featuring dynamic action, combat and stories inspired by Greek mythology. Roam freely across a beautifully stylized world and use extraordinary abilities gifted by the gods against fearsome mythological monsters. Treacherous trials, heroic feats and the very underworld itself await your bravery. Experience a tale for the ages, of gods and monsters, and become the legend you were destined to be.

The Limited Edition includes in addition to the game the following digital content:

The Edition is exclusively to Europe and can be preordered at Amazon.co.uk* and Amazon.de* for £51.99 GBP and €69.99 EUR respectively. 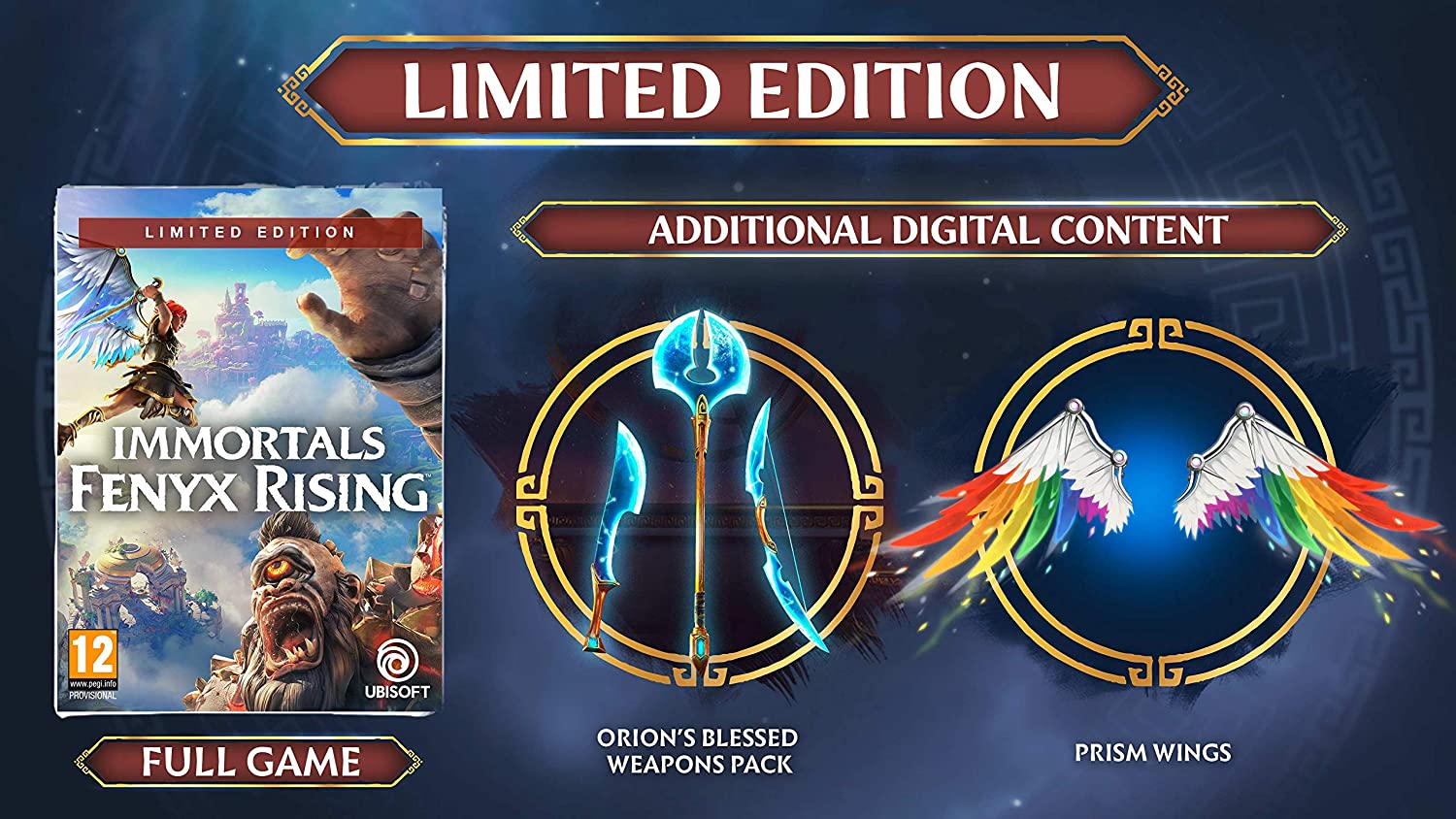 The Shadow Master Edition is exclusively to GAME stores in the UK and comes at the price of the Standard Edition. In addition to the game you’ll also receive the Hades the Shadowmaster Character Pack which includes the following digital bonuses: 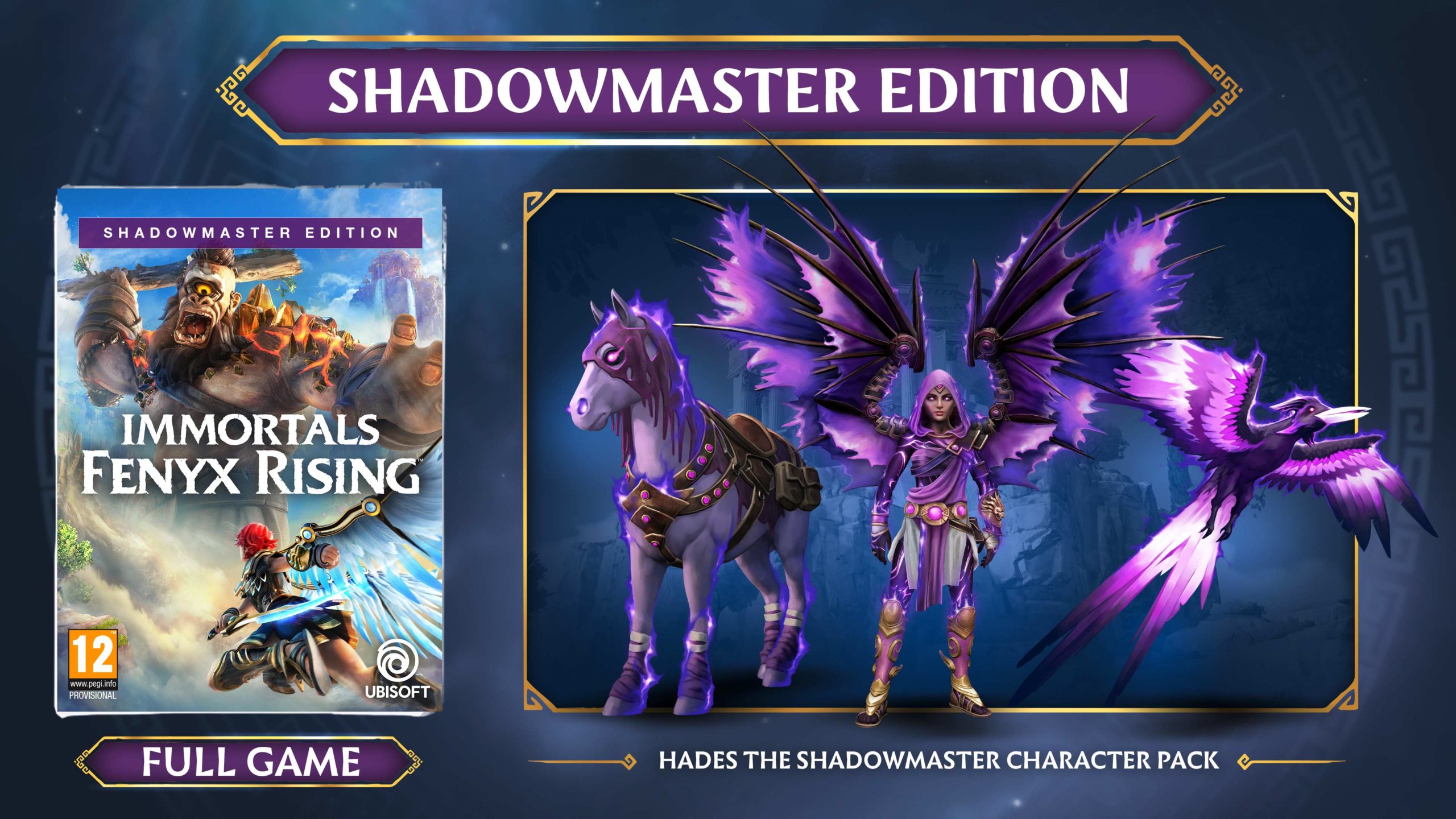 The Gold Edition includes a copy of Immortals Fenyx Rising and extends your experience with the Season Pass as well as the following digital contents:

The Gold Edition is available physically and digitally for £84.99 GBP and $99.99 USD. Pre-orders for the physical version can be placed at GAME UK* and Amazon US*. 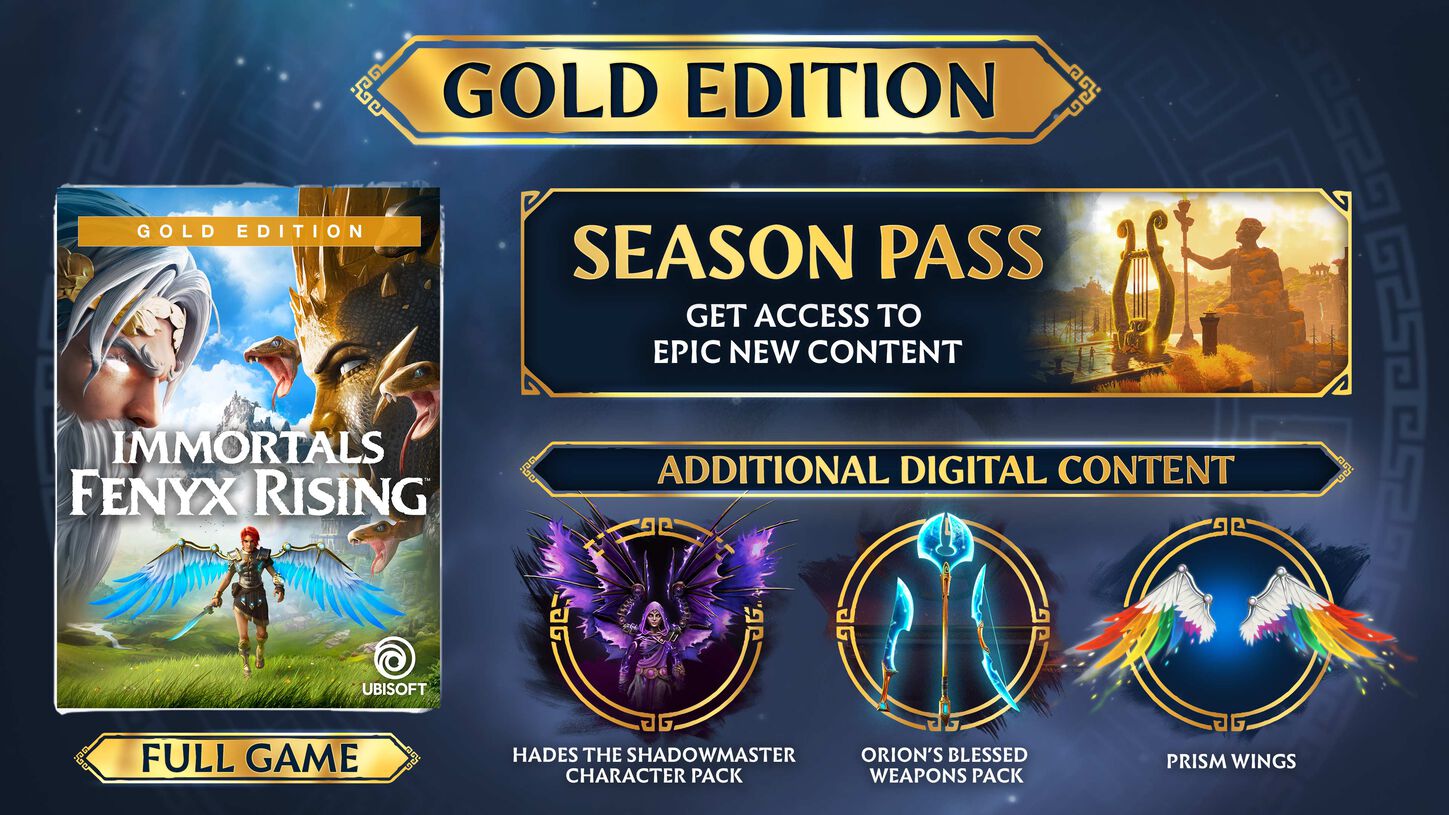