Hitman 2 Collector's Edition Got A Case • Collect a Box

Hitman 2 Collector’s Edition Got A Case

Update: Collector’s Edition available to pre-order in the UK

The Collector’s Edition of Hitman 2 is now available to pre-order at Amazon UK* for £129.99 GBP.

It’s official: IO Interactive and Warner Bros. Interactive Entertainment have announced that Hitman 2 – a sequel to 2016’s critically acclaimed stealth adventure – is coming to PS4, Xbox One and PC on November 13th, 2018. Unlike its predecessor Hitman 2 will not be released episodically although it will have expansion passes for future downloadable content.

The game will bring you six different sandbox locations, including Sniper Assassin as additional mission. So far we only know that Miami will be one of the locations with a colorful ambiance of an in-progress motorsport race. Instead of simply killing your target there will be new improvised weapons, such as a measuring tape, a fire extinguisher and a fish to terminate them. Furthermore Hitman 2 will feature crowd stealth mechanics, as well as the ability to hide in foliage.

We’ll probably learn more about Hitman 2 at this year’s E3 but you should definitely have a look at the already announced Collector’s Edition which is pretty sweet.

The Collector’s Edition of Hitman 2 comes with a Replica Agent 47 Gun Case which includes the following items:

The Collector’s Edition is priced at $149.99 USD and is exclusively sold through Gamestop.com* for PS4 and Xbox One. If you pre-order the Edition you’ll be able to play the game early from November 9th. 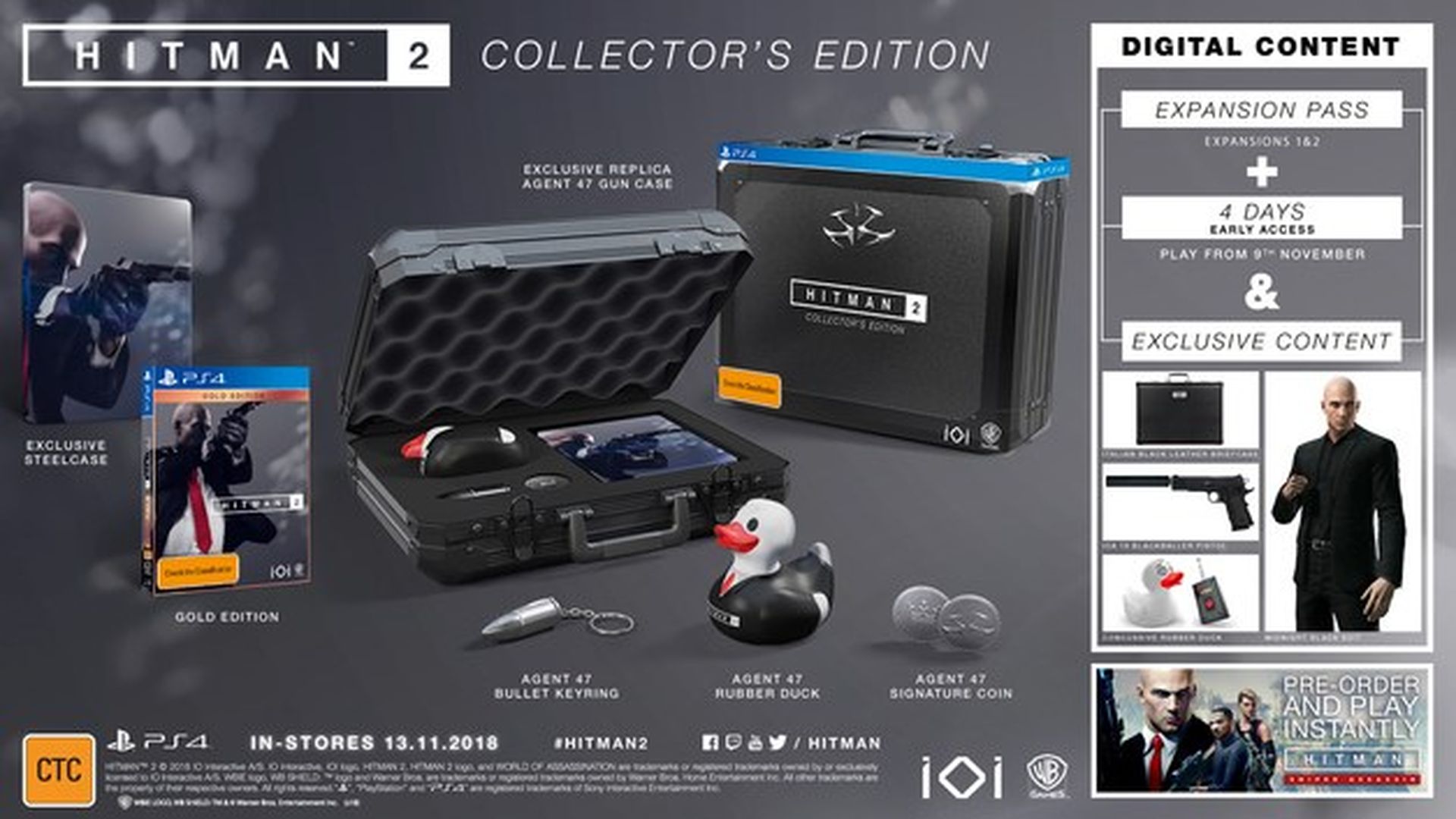