The popular farming simulator Harvest Moon is celebrating its 20th anniversary in Europe. I myself look back at countless hours farming my virtual farms. My first Harvest Moon game was Harvest Moon GB. Even though there wasn’t much to do compared to later installments I had a blast back in 1998.

At least Natsume is releasing some pretty nice Collector’s Editions in Europe and North America.

The Collector’s Edition of Harvest Moon Light of Hope is exclusive to Europe and comes in a stylish farmyard barn-shaped presentation case and includes in addition to the Special Edition of the game the following content:

The Collector’s Edition is up for pre-order at GAME UK* and Amazon UK* for £64.99 GBP 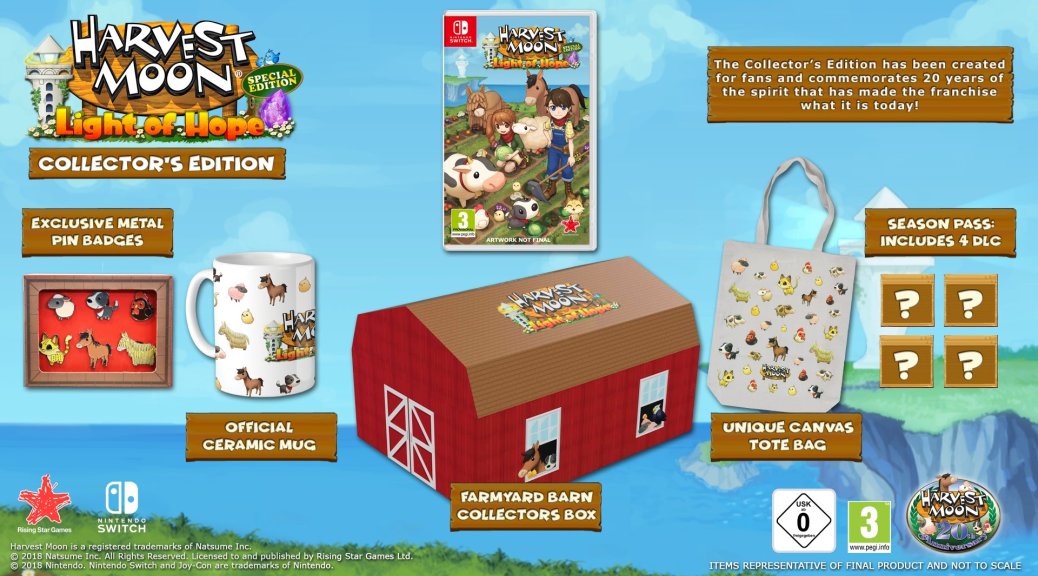 The Limited Edition of Harvest Moon Light of Hope comes at a price of $64.99 USD and includes the following content:

Pre-orders can be placed exclusively at the NIS America Online Store with a release date set for May 29th in North America. 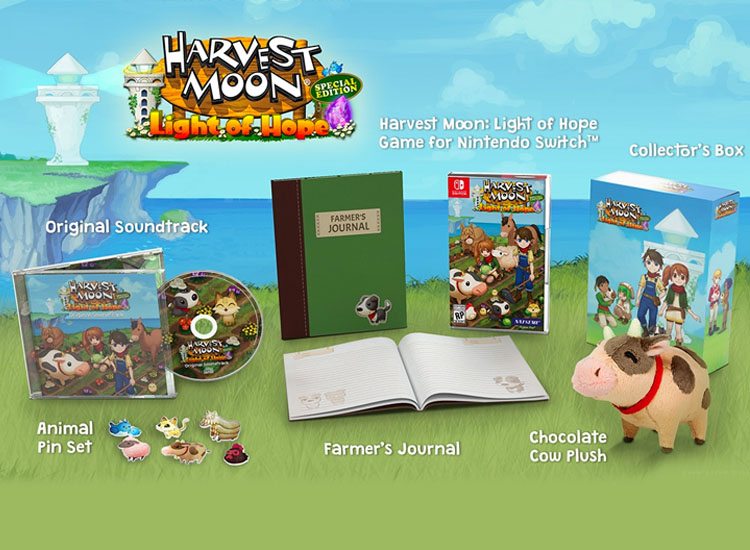