Flashback 25th Anniversary is a spruced up version of the original classic from 1992 which was ported to the SNES a year later. Already a year ago Microid announced that the classic space adventure is coming to Nintendo Switch. Now is the time. Along the classic mode, the game will feature a revamped modern mode with polished music, sound effects, enhanced post-fx graphic filters, a brand new “rewind” function and new tutorials for those who need a boost.

Although Flashback may look like a jump ‘n’ run at first sight, it does contain some adventure elements as well. Items can be collected and used and there are also individual dialogue options with NPCs.

Flashback will be available from June 7th, 2018 on the Nintendo E-shop and in retail with the 25th Anniversary Collector’s Edition.

The Collector’s Edition of Flashback 25th Anniversary can be purchased for a small price of £29.99 GBP / $39.99 USD and includes the following:

Pre-orders can be placed at Game.co.uk*, Amazon.co.uk* and Amazon.com* 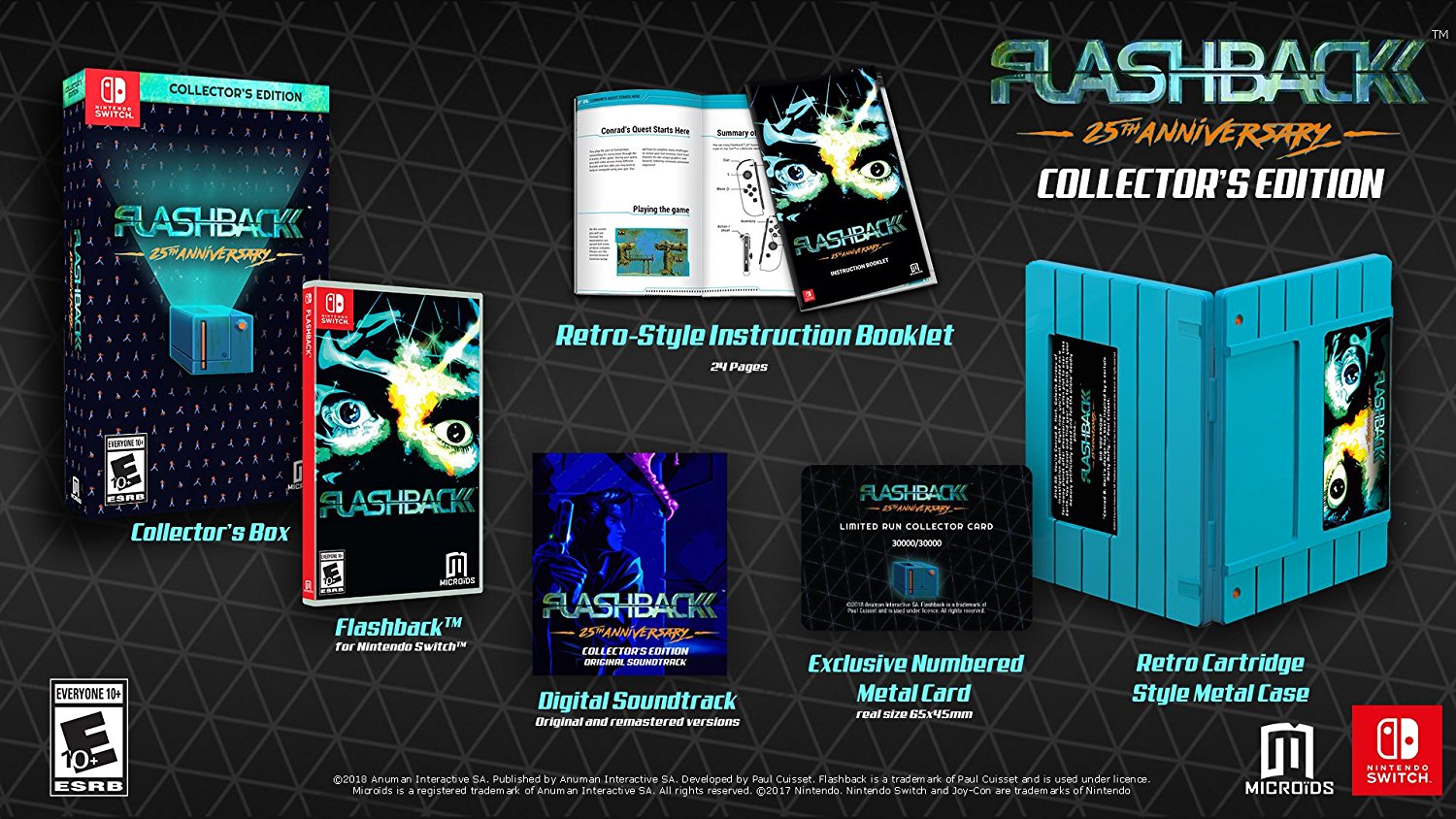