inal Fantasy VII remake has a release date! First announced at Sony’s E3 press conference in 2015 it seems that the game is finally seeing the light of day. Since the past 4 years not only a lot of time has passed but Final Fantasy VII has also undergone some changes. So due to the enormous size of the game Square Enix decided to release it episodically. The first part will be released on March 3rd 2020 on two Blu-Ray discs. Also the game will feature full voice acting in different languages.

Moreover, Square Enix finally unveiled some battle and gameplay sequences and fans also got a glimpse at Tifa for the first time.

Of course, one thing should not be missing from such a game: a collector’s edition. If you’re fast enough you can choose between the Deluxe Edition and the 1st Class Edition.

The Deluxe Edition includes the game on 2 discs as well as the following content:

Pre-ordering the game nets you also the Summon Materia Chocobo Chick DLC. The Deluxe Edition costs £79.99 GBP / $79.99 USD and can be pre-ordered at GAME UK* and BestBuy* in the US. 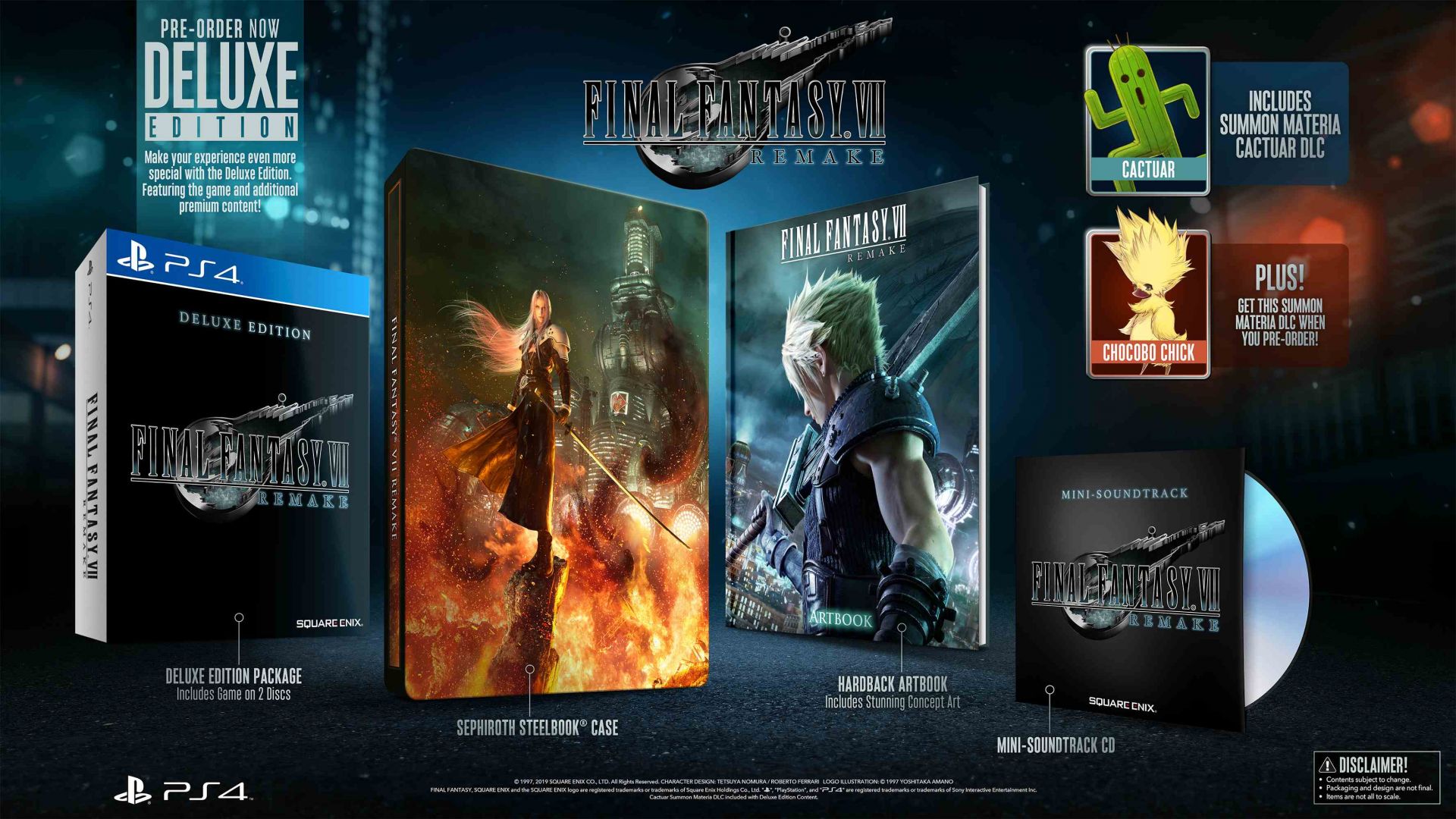 The 1st Class Edition comes with the Deluxe Edition and the Play Arts Kai Cloud Strife & Hardy Daytona Box Set, which will be packed separately. So this is much more a bundle than an edition. For the complete content, please check below:

The Edition is exclusive to the Square Enix Store (EU / US) and carries a hefty price tag of £259.99 GBP / $329.99 USD. Of course pre-ordering this Edition will also net you the Summon Materia Chocobo Chick DLC. 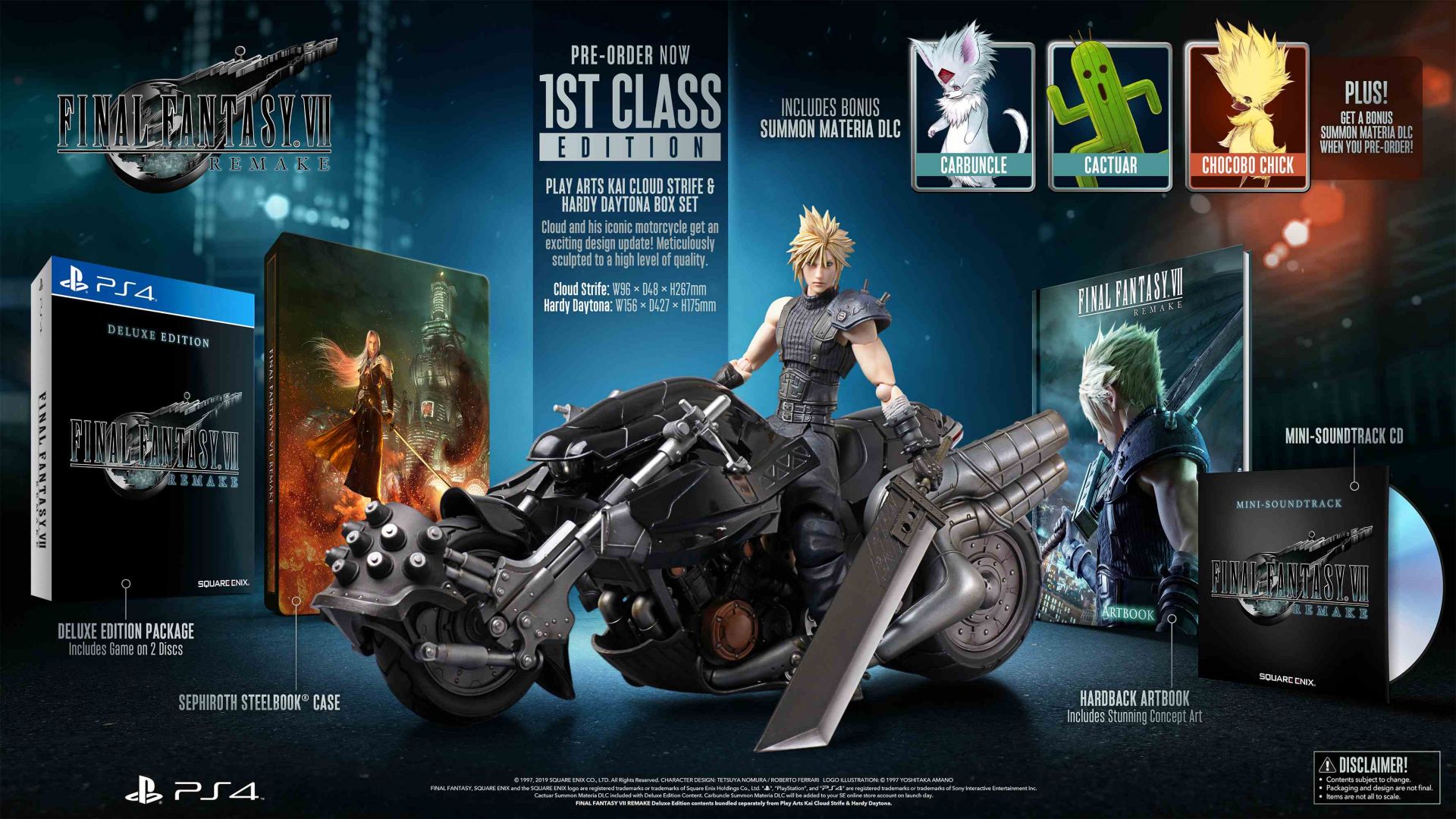