Bethesda finally unveiled that Fallout 76 won’t be a traditional Single-Player RPG. The game will be “entirely online” and it is Bethesda’s first shared-world online survival game. The setting will be a lot more colorful since it is just a little more than 20 years after the bombs dropped. You can either play alone or join friend’s parties. There will be other players on the map with you, but don’t forget it is the apocalypse after all. We also see building settlements in Fallout 76 which was a big success in Fallout 4. Unlike other survival games, death won’t be the end and you won’t lose your progression.

Fallout 76 will launch on November 14th, 2018. If you can not wait any longer Bethesda also announced that there is going to be a beta version before launch. Last but not least there is a fancy Collector’s Edition and it comes with a wearable helmet.

The Power Armor Edition of Fallout 76 comes with a hefty $199.99 USD / £174.99 GBP price tag and includes in addition to the game the following extras to keep you safe in the wasteland:

In the UK the Edition can exclusively pre-ordered at Game UK*. People from North America can try their luck at one of the following stores: Amazon.com*, BestBuy* and Gamestop* 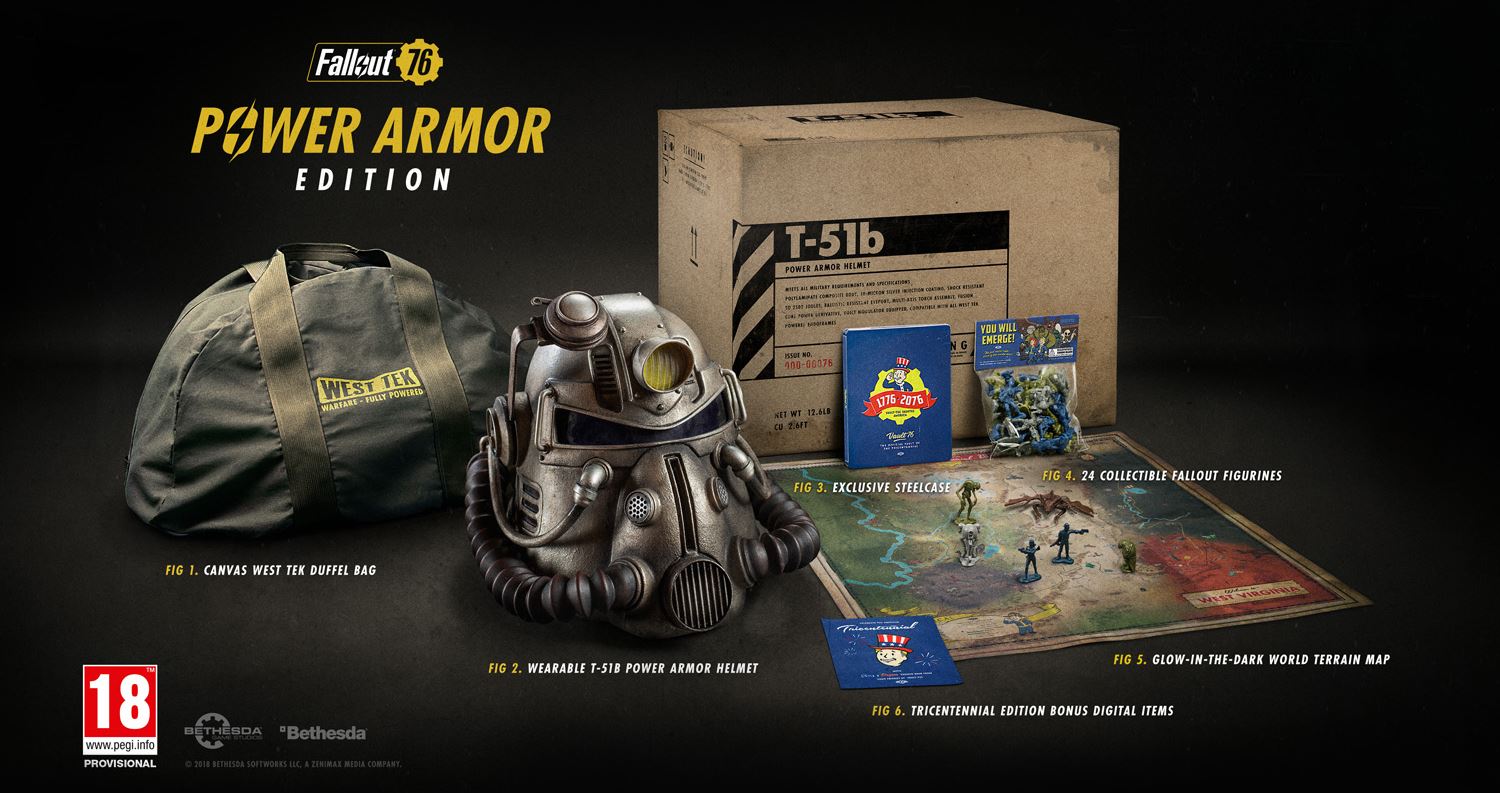