You can play through iconic Dragon Ball Z battles on a scale unlike any other. Fight across vast battlefields with destructible environments and experience epic boss battles that will test the limits of your combat abilities. Increase your power level and rise to the challenge! Don’t just fight as Goku. Live as Goku. Fish, fly, eat, train, and battle your way through the Dragon Ball Z sagas, making friends and building relationships with a massive cast of Dragon Ball characters. Besides the release date Bandai Namco also announced a Collector’s Edition which will be slightly different depending if you are from Europe or the US.

The European Collector’s Edition comes in addition to the full game with the following content:

The Edition costs 229.99 Euro / £219.99 GBP and is currently available to pre-order at Game UK* with more retailers to follow soon. 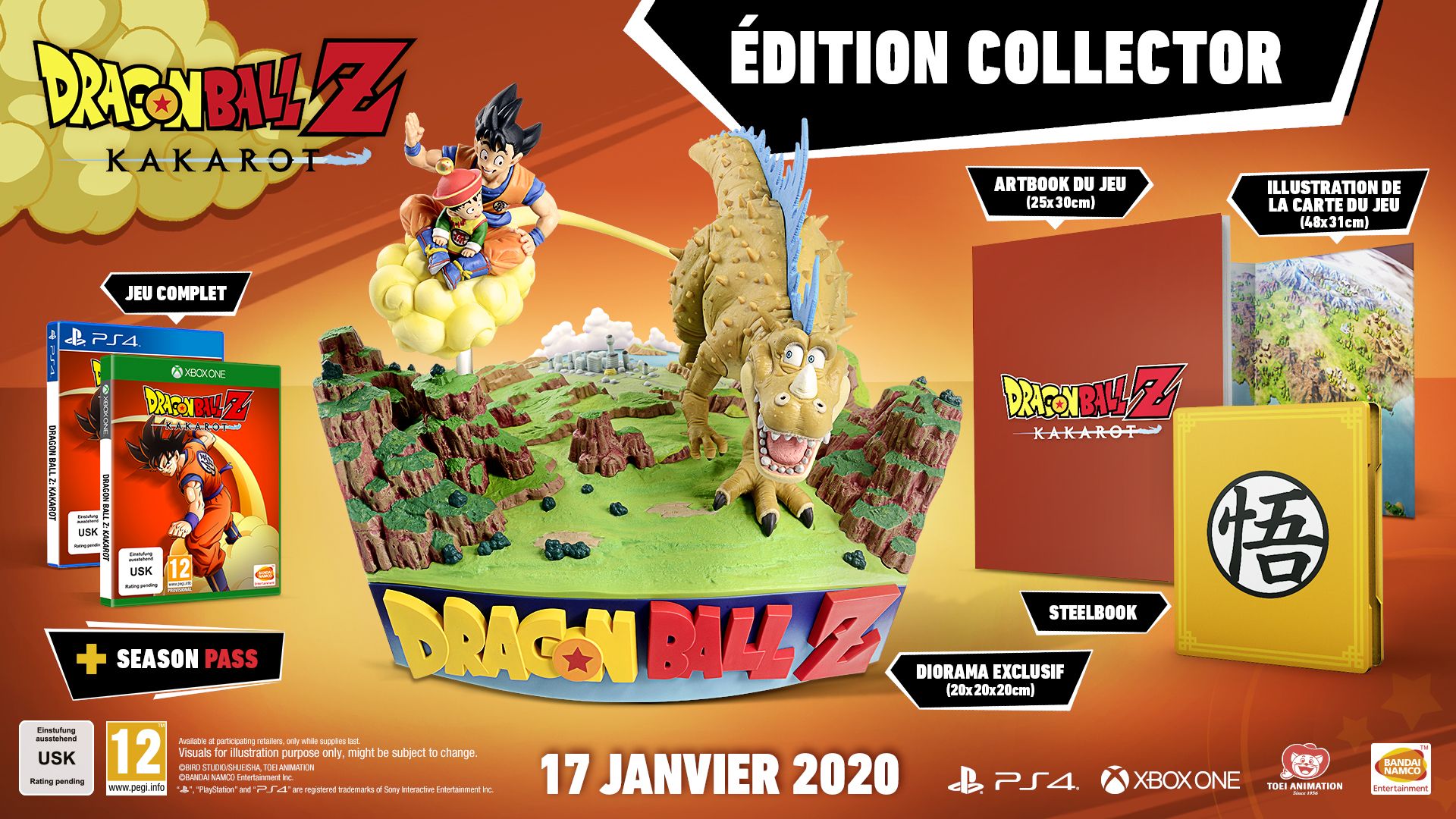 The Collector’s Edition for the North American market costs $199.99 USD and includes the following:

Pre-orders can be placed at BestBuy*.