Dragon Ball FighterZ CollectorZ Edition is over 9000!!! • Collect a Box

No worries, the Collector’s Edition will not set you back $9000 Dollars. The Headline is referring to a popular catchphrase which was said by English voice actor Brian Drummond in the 21st episode of Dragon Ball Z titled “The Return of Goku” in 1997. In the episode Vegeta senses an explosive increase in Goku’s power level and yells: “It’s over nine thousand”. However the original version has 8000 rather than 9000. It’s still unsure if this was a translation error or if they changed it on purpose because 9000 fit the mouth flaps of the animation better. Either way the line has since become a popular internet meme.

Dragon Ball FighterZ will hit shelves on January 26th, 2018 for PC, PS4 and Xbox One.

The CollectorZ Edition will only be available for PS4 and Xbox One. Anyone who pre-orders will gain access to an open beta along with early SSGSS Goku and SSGSS Vegeta and 2 exclusive lobby avatars.
In addition to the standard version of the game the following content can be found inside the CollectorZ Box: 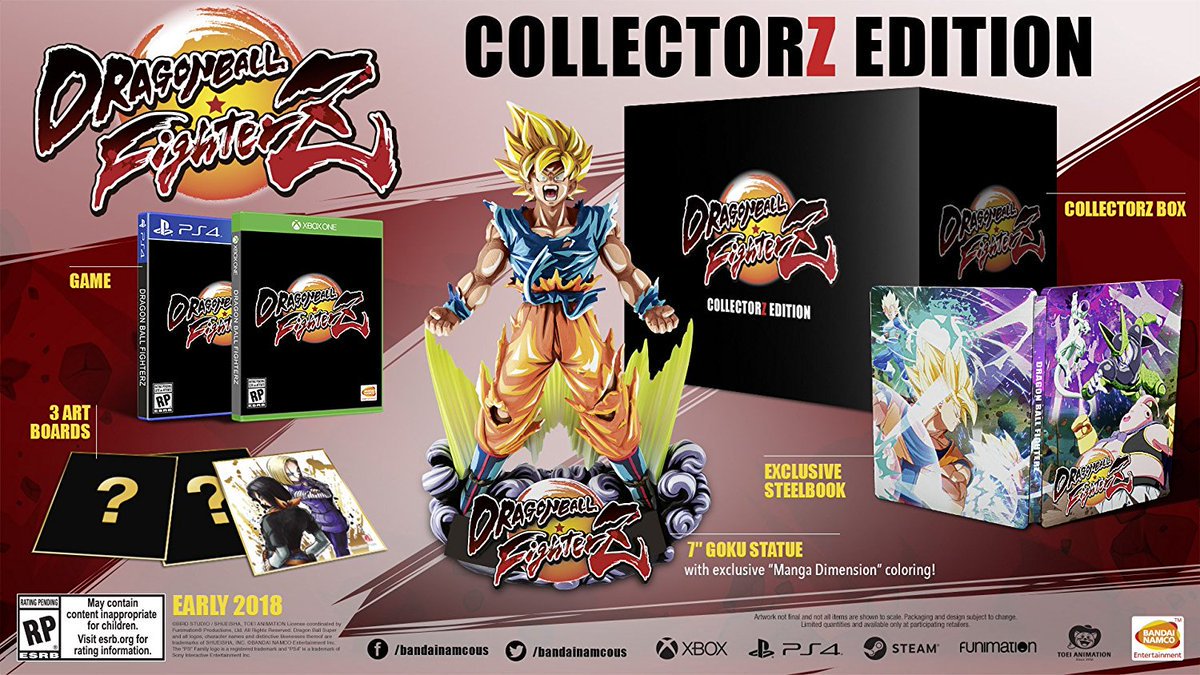