At this year’s Bethesda E3 press conference, id Software announced that Doom Eternal will be released on 22nd November for Google Stadia, Nintendo Switch, PlayStation 4, Windows PC and Xbox One. This is already the fifth installment to the series in more than 2 decades. As Doom Slayer you fight your way through hell and countless of bodies of demons. This time, if you want, you can share the fun. Bethesda and id Software announced that the game also includes a multiplayer mode called Battlemode in which two players take on the roles of demons and ally against a Doom Slayer.

In addition to a gameplay trailer, a Collector’s Edition has been announced.

The Deluxe Edition costs £84.99 GBP / $89.99 USD and includes in addition to the game the following content:

Pre-orders can be placed at GAME UK* and Amazon.com* for PC, PS4 and Xbox One. 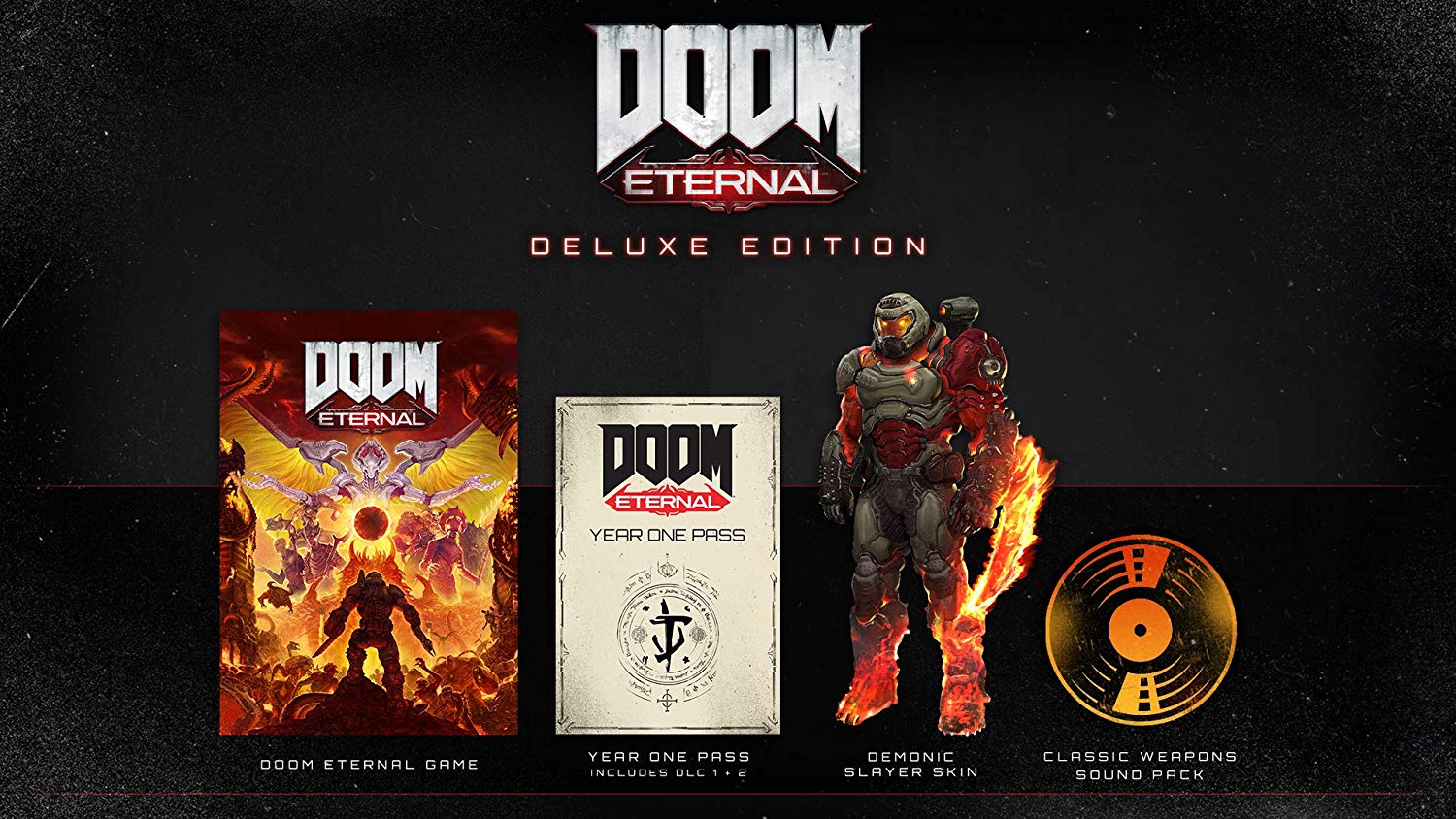 The ultimate bundle for any Doom fan, the Collector’s Edition contains a Deluxe Edition copy of Doom Eternal and an incredible assortment of goods highlighted by a wearable Doom Slayer’s helmet – a sight that makes Hell itself shudder in fear!

Included in the Collector’s Edition:

The Collector’s Edition can be exclusively pre-ordered at Game UK* for £199.99 GBP or for those from the US at Amazon.com* or BestBuy* for $199.99 USD 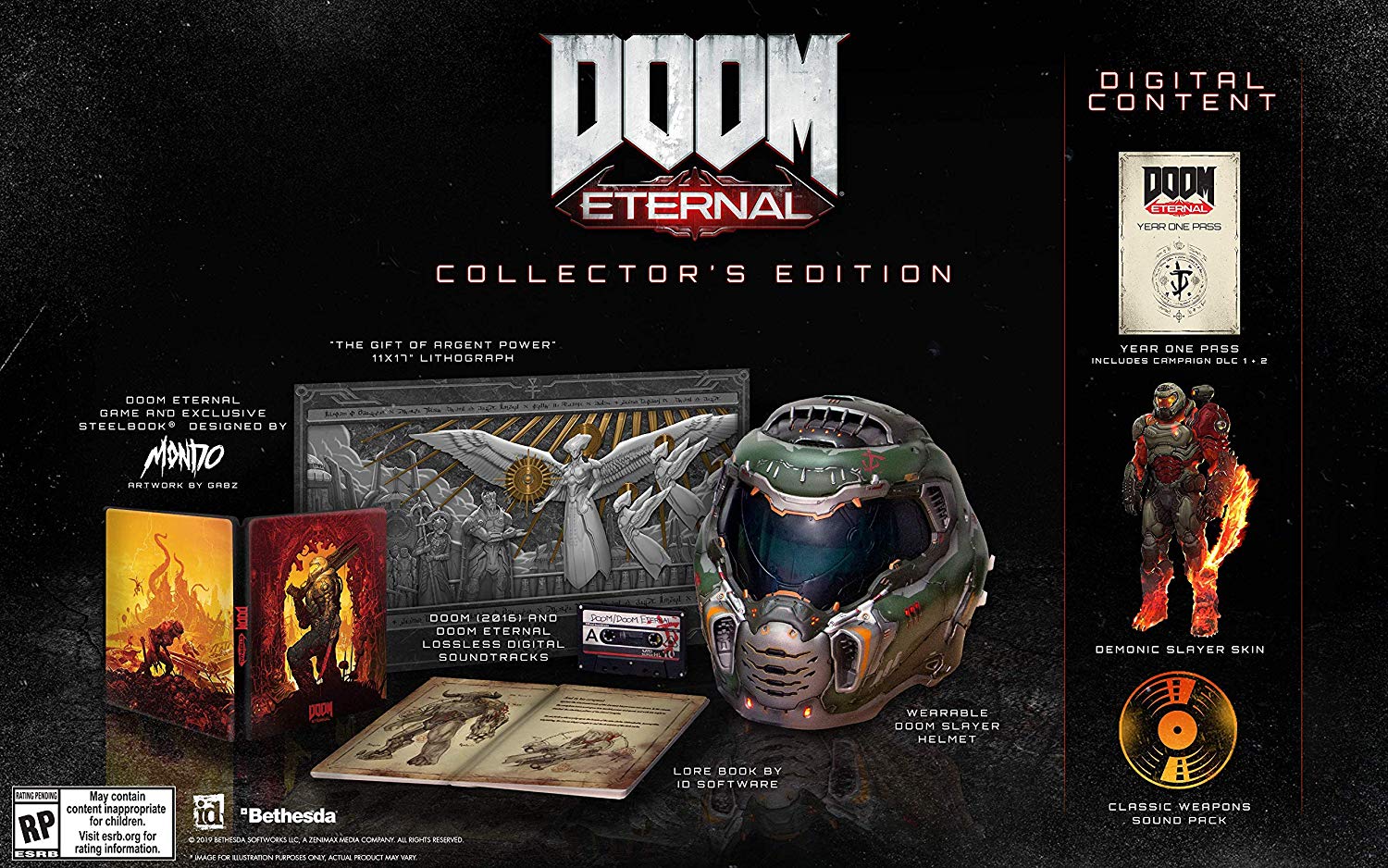