It’s been more than 10 years since we saw the last numbered Devil May Cry game on pc and consoles. Now Capcom announced that the ultimate Devil Hunter is heading to PS4, Xbox One, and PC on March 8, 2019. The game will act as a sequel to Devil May Cry 4 and features three playable characters: Nero, Dante and an unnamed third, who could end up being Vergil. Each character has his own combat play style. Furthermore, upgrades and customization are confirmed and will be handled by weapons craftswoman and new partner-in-crime, Nico.

While chasing after Nero’s Devil Bringer, his magical arm – you have to take down the demonic invasion and battle against epic bosses in adrenaline fueled fights across the over-run Red Grave City. As always humanity’s last hope will rest in your hands.

The Deluxe Steelbook Edition of Devil May Cry costs £54.99 GBP and includes in addition to the game the following content:

The Deluxe Steelbook Edition of Devil May Cry 5 is only available to buy in the UK from Game.co.uk*

The Collector’s Edition of Devil May Cry 5 has only appeared in the US and is currently priced at $149.99 USD. It includes the following content:

Pre-orders can be placed at Amazon.com* for PS4 and Xbox One. 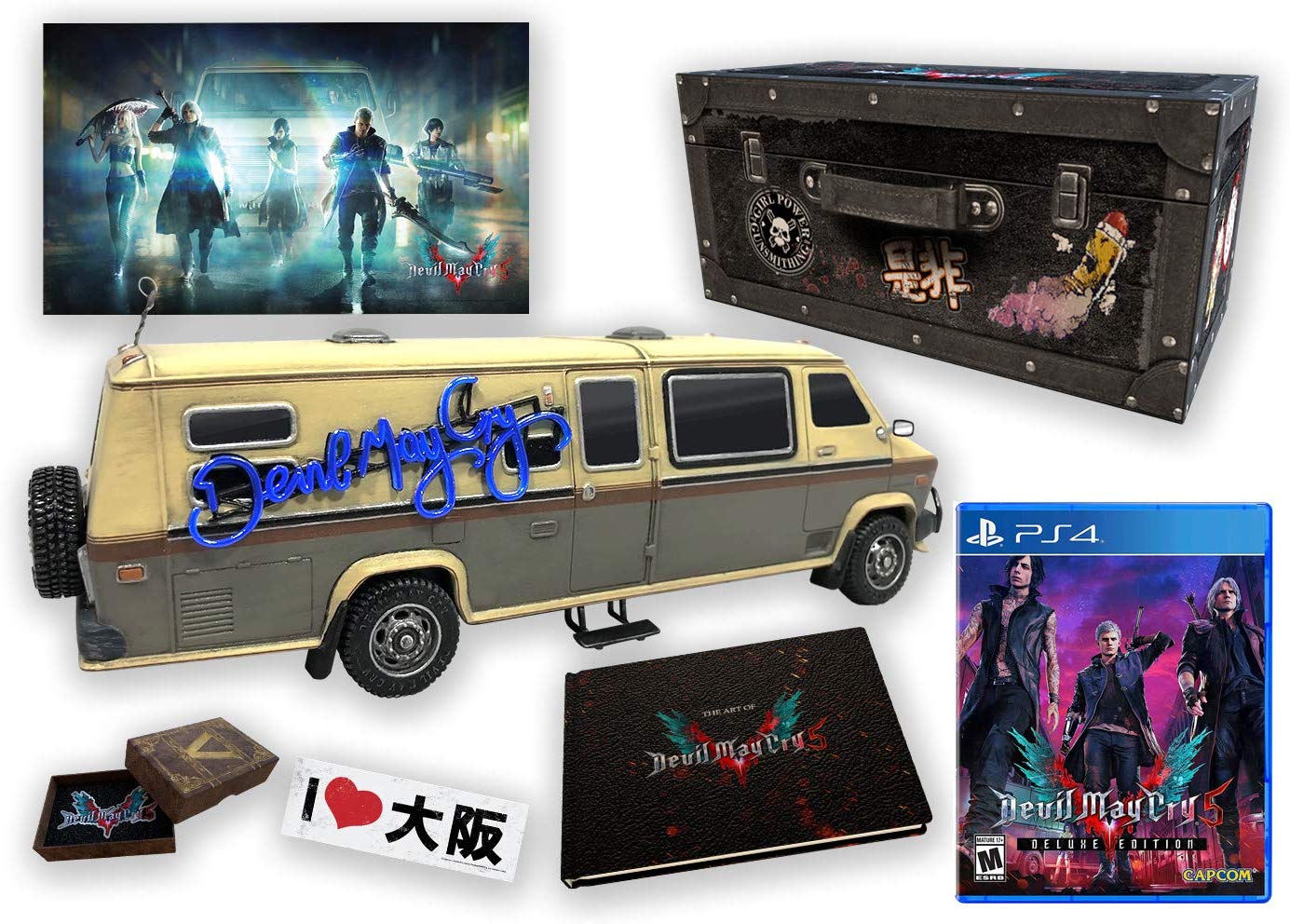