The cult-classic returns! Terrorize the people of 1950s Earth in the role of the evil alien Crypto-137. Harvest DNA and bring down the US government in the remake of the legendary alien invasion action adventure. Annihilate puny humans using an assortment of alien weaponry and psychic abilities. Reduce their cities to rubble with your flying Saucer!

One giant step on mankind!

Destroy All Humans! is a cult classic, one of the few games that will have you laugh out loud. Many games have taken inspiration from its mix of humoristic story telling and easily accesible open world shooter action, as well as its wide range of over-the-top weaponry.

But there can only be one Cryptosporidium: the human-hating alien with the voice of an angry Jack Nicholson and a shorter fuse than a xenomorph on steroids.

Step right up and enjoy the show!

Only Destroy All Humans! allows you to explore idyllic US cities of the 1950s, read the thoughts of their citizens to uncover their secret desires… and then burn the very same cities to the ground with the mighty Death Ray of your flying saucer!

Use your Abducto Beam to throw tanks around!
Use your psychokinesis powers to crush a farmer under his own cow!
Discover which seemingly prude 50s housewife secretly has the hots for her hairdresser!
Slowly batter a human to death with his own hat!
Light up the night by zapping your enemies with teslatastic electricity!

The Collector’s Edition will be available for all platforms of primitive human gaming technology and includes in addition to the game the following: 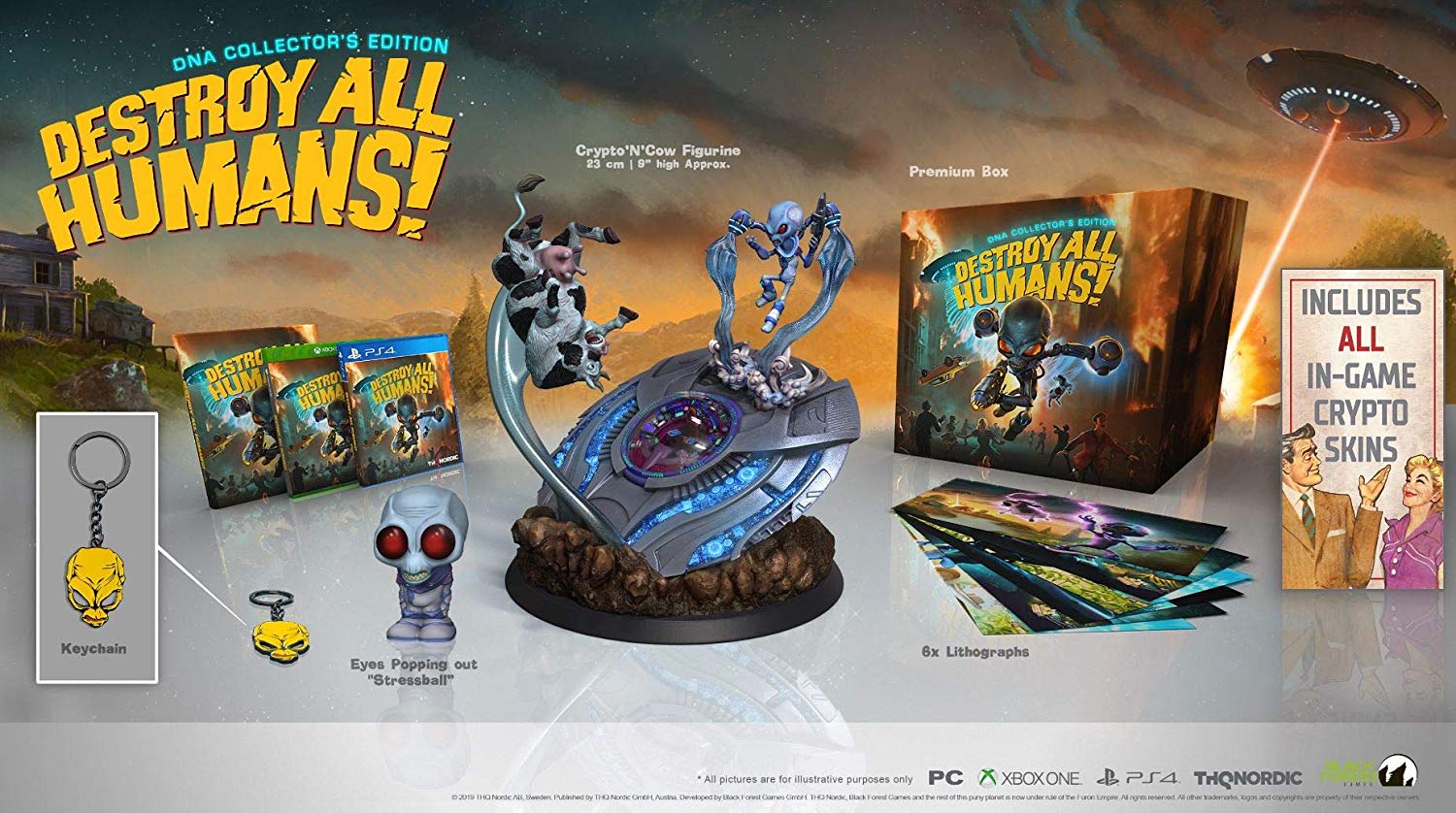 The Crypto-137 Edition is brought to you by your benevolent Furon overlords and includes the following content: 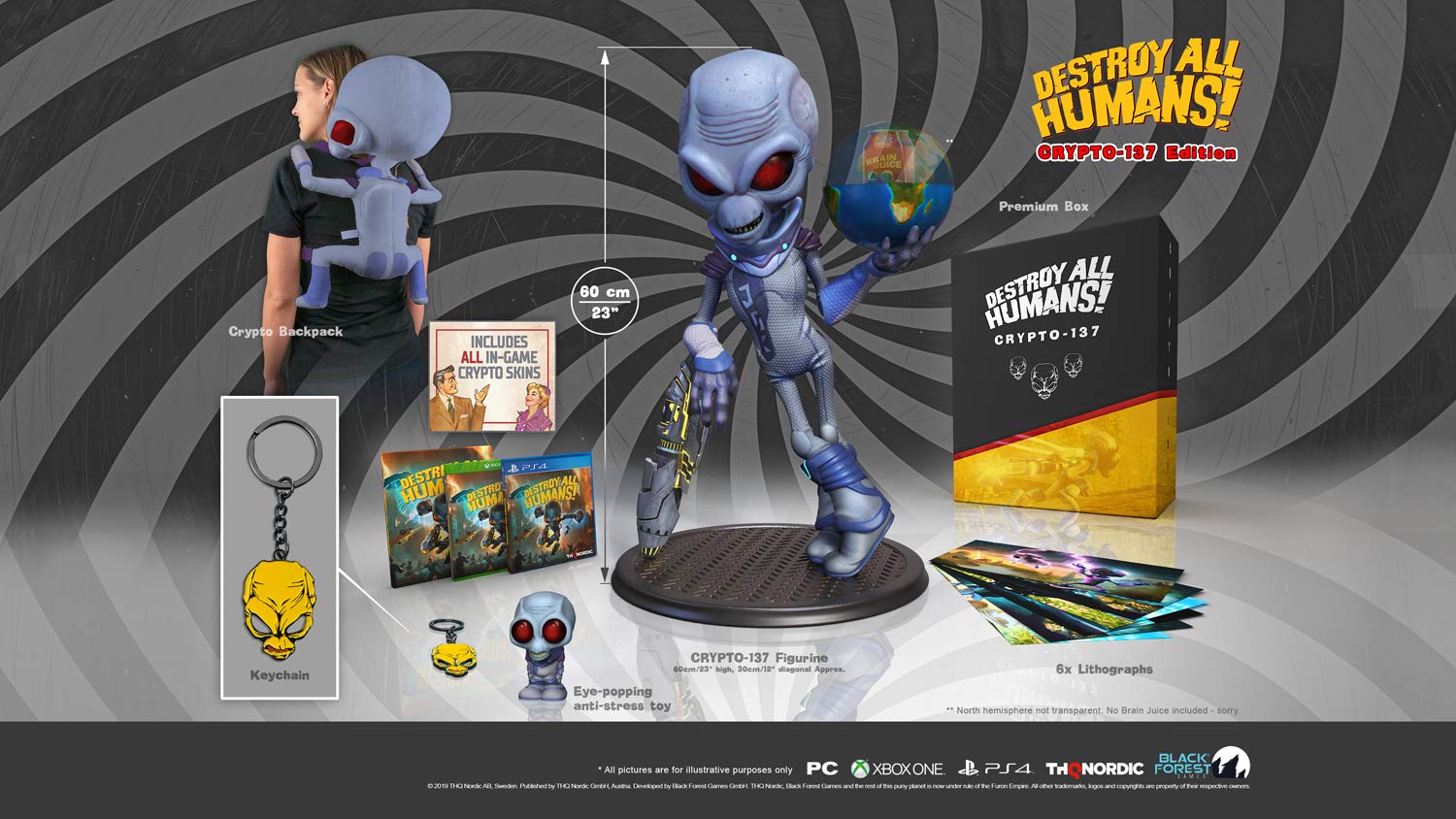