THQ announced that Desperados 3 arrives this summer – to be more precise on June 16th – for PC, Playstation 4 and Xbox One. Prior to the official release date, the publisher announced via the official THQ Nordic Twitter account, that the real-time tactics game is getting a Collector’s Edition. Desperados III is a story-driven, hardcore tactical stealth game which is very similar to the Commandos video game franchise only that Desperados is set in a ruthless Wild West scenario. Rather than engaging in wild shoot-outs, Desperados is all about the combination and use of your team’s special skills. This is also the case in the long-awaited prequel to the beloved classic Desperados: Wanted Dead or Alive. As John Cooper, you join forces with the runaway bride Kate, the dubious bounty hunter Doc McCoy, the giant trapper Hector and Isabelle, a mysterious lady from New Orleans.

The Desperados 3 Collector’s Edition will be available for PC, PS4 and Xbox One and includes in addition to the game the following content: 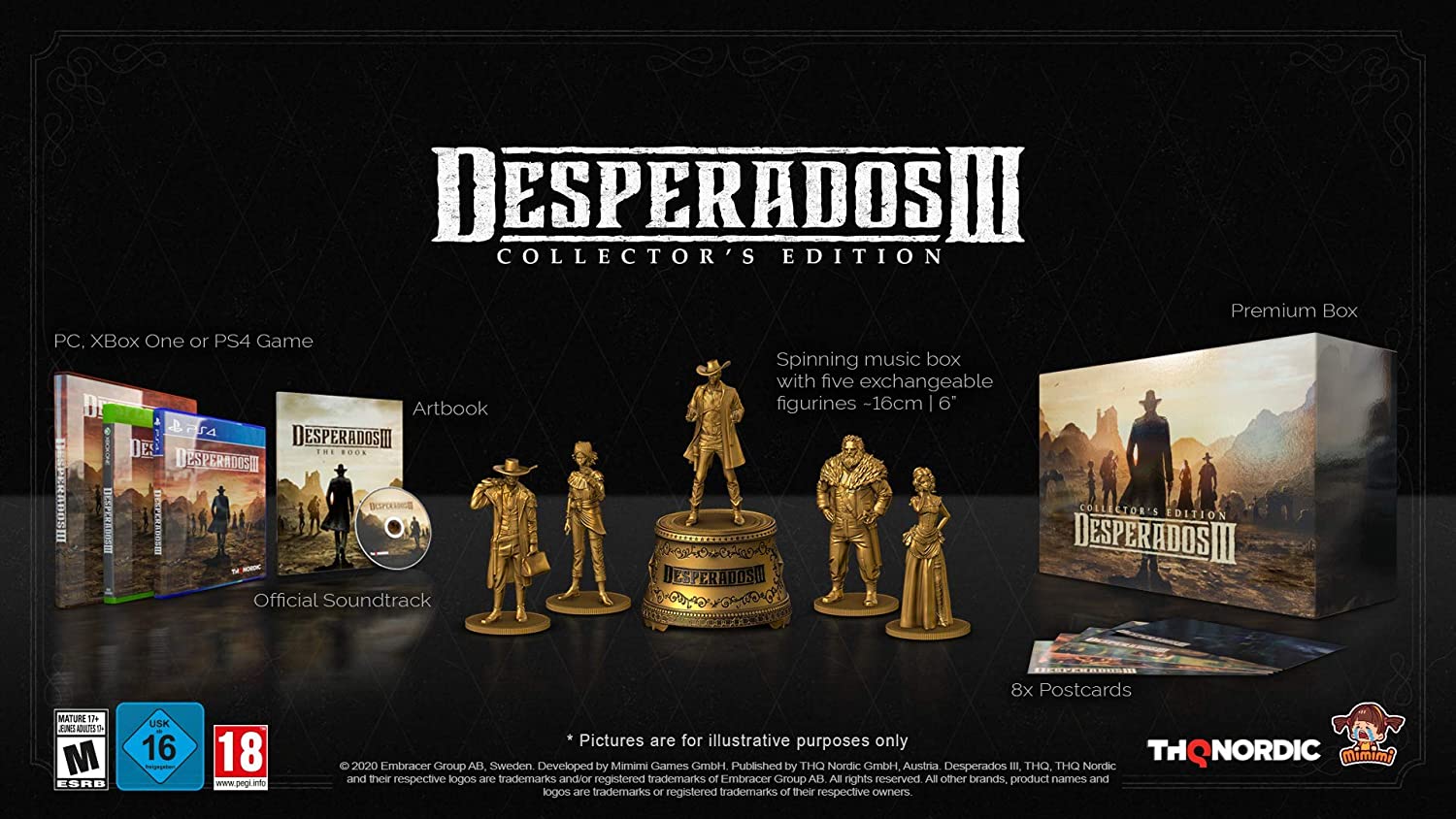