arksiders Genesis is an action/adventure that tears its way through hordes of demons, angels, and everything in-between on its way to Hell and back with guns blazing and swords swinging. Genesis gives players their first look at the world of Darksiders before the events of the original game, as well as introduces the Horseman Strife. The game features a brand new story campaign that takes place before the original Darksiders. True to its roots, Darksiders Genesis will feature intense combat, exploration, puzzle-solving, epic boss battles and serpent holes from heaven to hell. The game marks the first, full-scale Darksiders adventure played from the top-down perspective (Source: Darksiders.com).

Darksiders Genesis will release on PC, PS4, Xbox One, Nintendo Switch and Google Stadia later this year. Fans can also get their hands on a limited board game.

The Collector’s Edition will be available for £109.99 GBP / $119.99 USD and includes in addition to the game the following content:

Pre-orders can be placed at Amazon UK* and Amazon US*.

The Nephilim Edition is limited to only 5,000 units worldwide and comes with the official board game Darksiders: The Forbidden Land! Furthermore it contains everything from the Collector’s Edition:

The board game is designed for four players co-op who can choose one the four horsemen and one player who takes on the role of game master. However it’s also possible to play without a game master but if you want the full game experience you shouldn’t play without one. 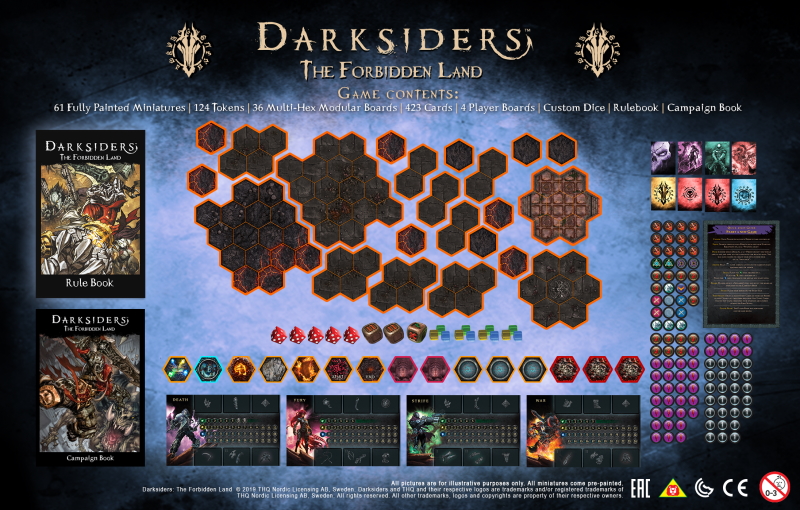