Platform:
Publisher:
Developer:
Release Date:
IIt’s that time of year again: People from all over the world follow one of the biggest gaming events in the world. The Electronic Entertainment Expo (E3). As usual, there are several press conferences before the official start of the fair where the big players of the industry present their latest games, hardware and ground breaking technologies. So is Microsoft. In addition to various in-house titles, Cyberpunk 2077 made its debut with a brand new trailer and a release date – announced by none other than Keanu Reeves.

“Cyberpunk 2077 is an open-world, action-adventure story set in Night City, a megalopolis obsessed with power, glamour and body modification. You play as V, a mercenary outlaw going after a one-of-a-kind implant that is the key to immortality. You can customize your character’s cyberware, skillset and playstyle, and explore a vast city where the choices you make shape the story and the world around you.” (Source: Cyberpunk)

The Collector’s Edition sets you back £249.99 GBP / $249.99 USD and comes with the following physical and digital items:

The Collector’s Edition is exclusively sold through GAME* in the UK. People from the US can secure their copy at BestBuy* or Amazon.com*. The game will hit store shelves on November 19, 2020. 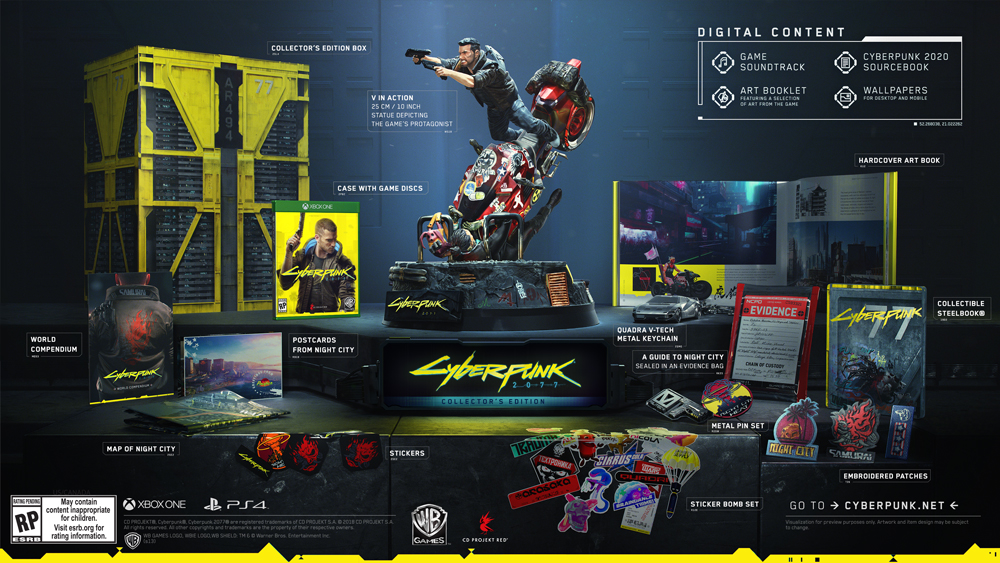