Code Vein is a brand new IP from publisher Bandai Namco. The game is set to launch this September alongside some of the other big releases such as Shadow of the Tomb Raider and Spider-Man. This is a pretty confident move so let us all hope that the game gets the attention it deserves.

Together with the aid of an AI-controlled partner, you will battle vampire like beings and monstrous bosses. To increase your strength you can absorb the powers of your enemies or use up to eight gifts in combat. Asides your powers, your AI partner have different weapons and special abilities to help you out, too.

Code Vein will launch for PlayStation 4, Xbox One, and PC via Steam on September 28. Alongside the Standard Edition of the Game, Bandai Namco also announced a Collector’s Edition for Europe and Japan.

The Collector’s Edition of Code Vein is currently only confirmed for Europe and includes the following:

In the UK the Collector’s Edition is exclusively sold through GAME Stores* for £99.99 GBP. 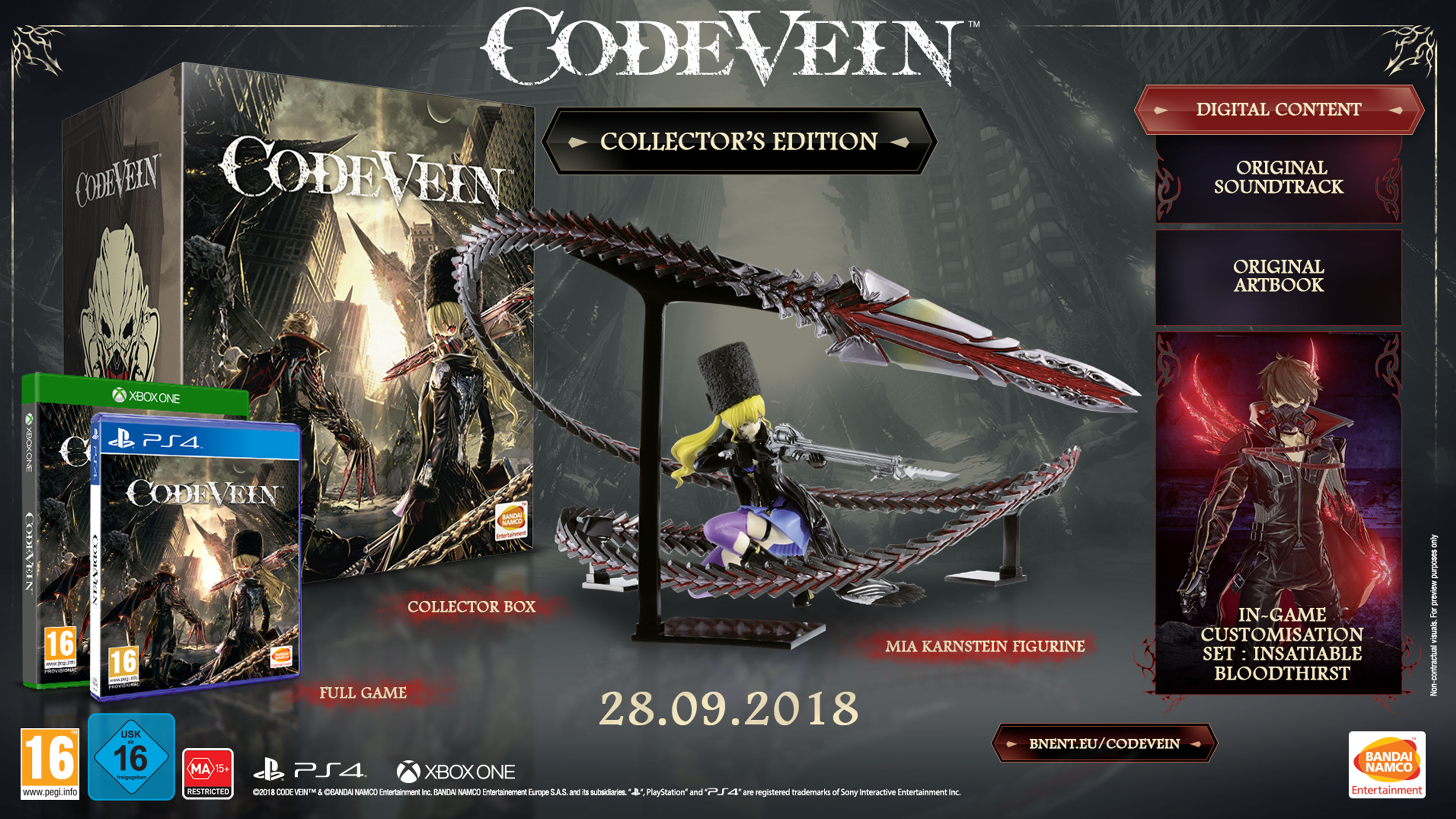 The Bloodthirst Edition is exclusive to Japan and comes with the Mia Karnstein figurine from the Collector’s Edition as well as the following physical items: 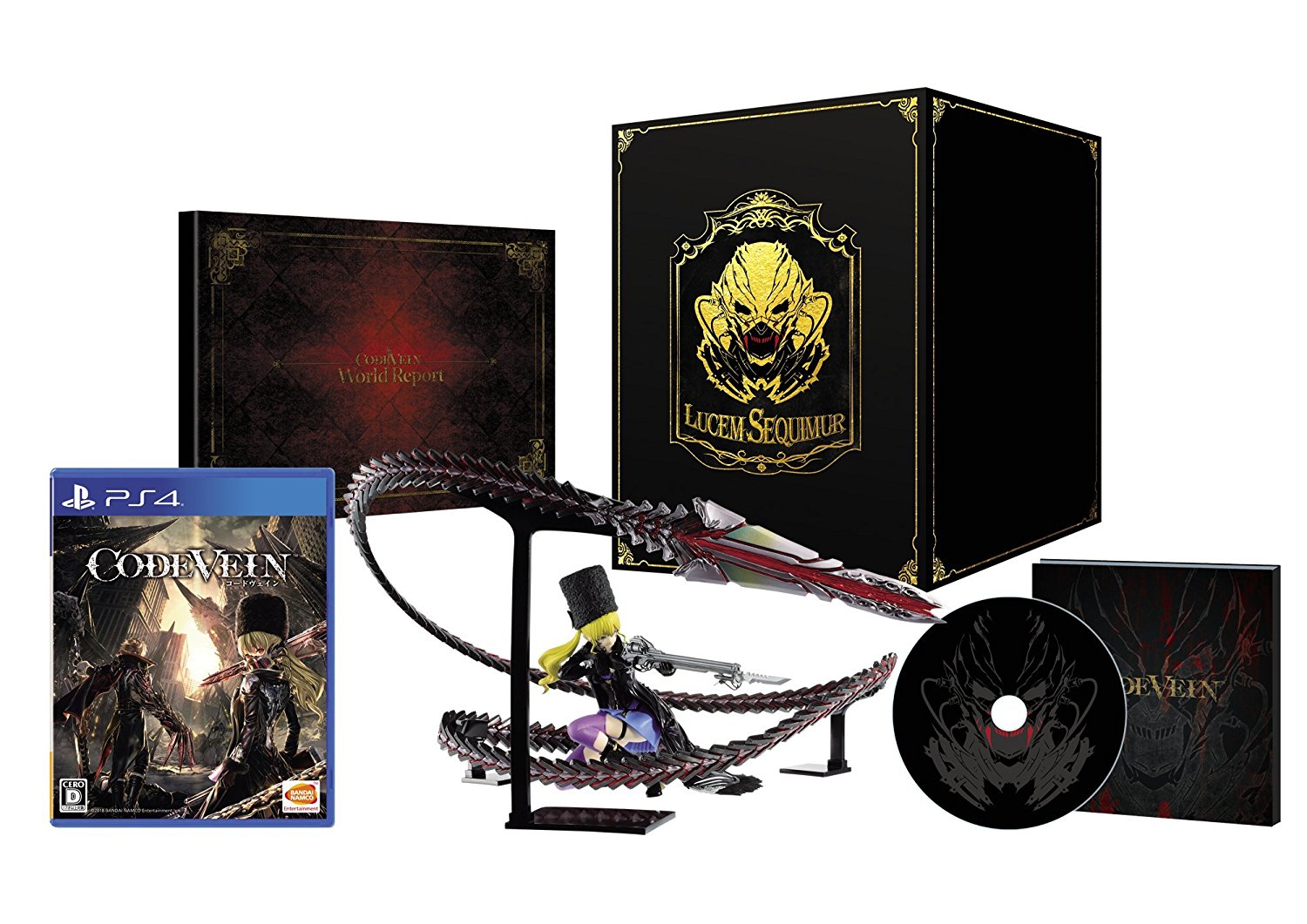