Bandai Namco Entertainment Europe has announced that Captain Tsubasa: Rise of New Champions will be released on August 28, 2020 for PC (digital), PS4 and Nintendo Switch. In the arcade football game – in which you can perform super actions in real time – you take on the role of your favourite character from the world-famous franchise. From breathtaking parades to gravity-defying shots, you’ll have the chance to experiment with the full range of moves which made the manga and the anime a worldwide phenomenon.

The game has anime-like graphics, which makes it absolutely unique. You will also benefit from realistic effects and a detailed representation of each of the different characters’ playing styles. A total of 5 different editions will be available including the Standard Edition. Additionally, a pre-order bonus will be offered: 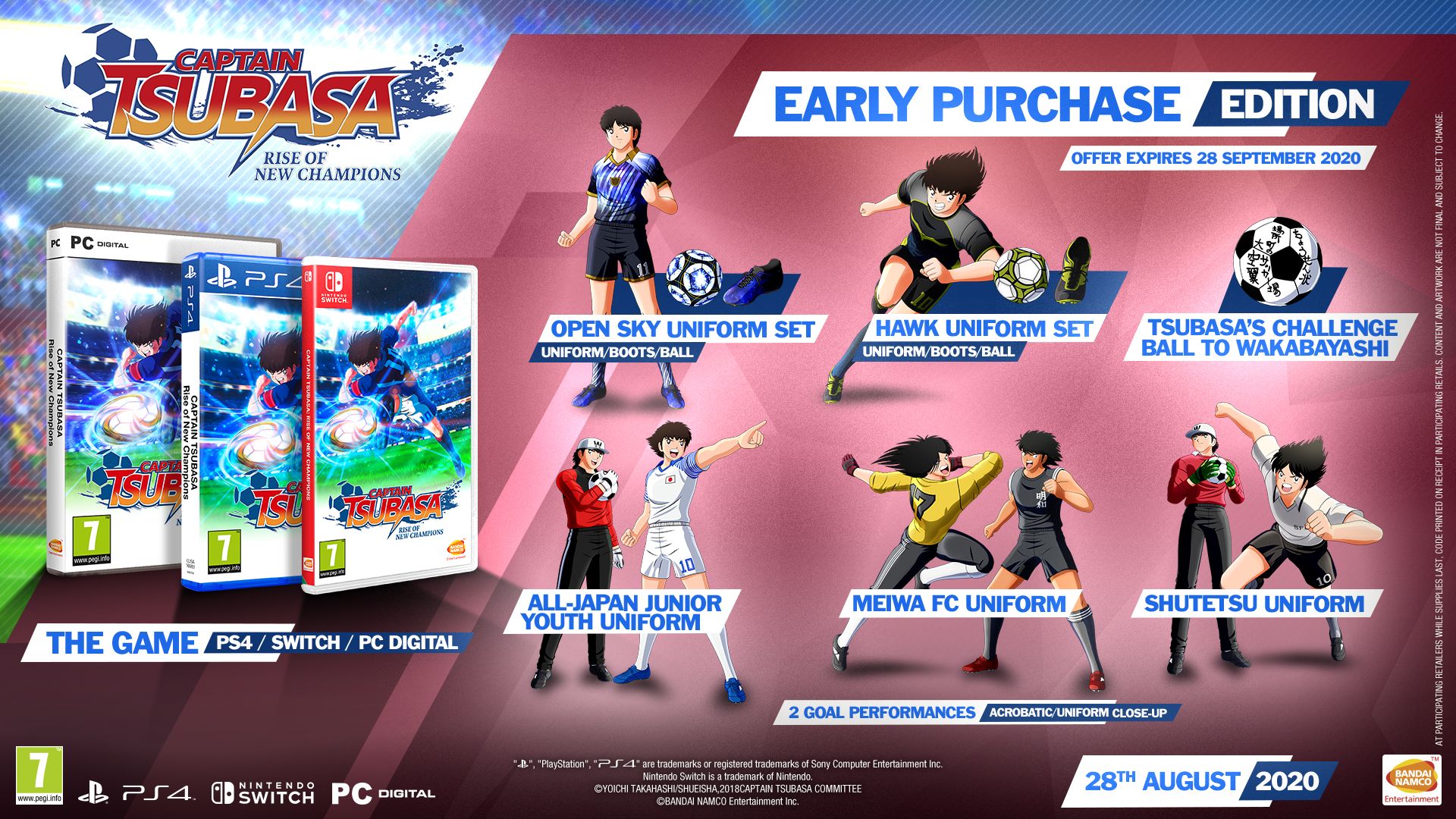 The Deluxe Edition is available digitally for PC and digitally as well as physically for PS4 and Nintendo Switch. In addition to the game you will get the following digital content: 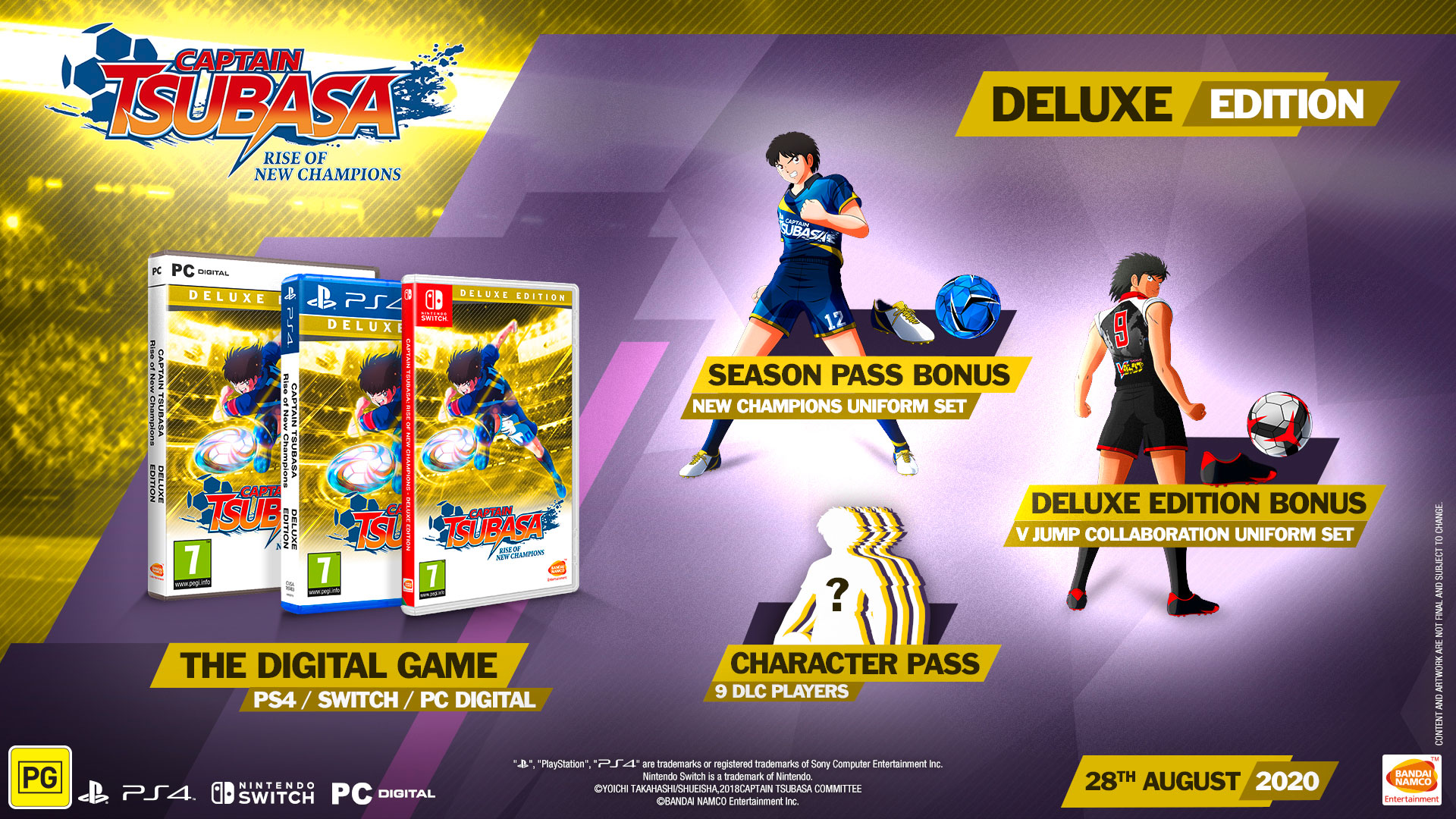 The Collector’s Edition is available for PC, PS4 and Nintendo Switch and comes with a Collector’s Box which houses the following content:

The Collector’s Edition is exclusively sold on the official Bandai Namco Store and costs £139.99 GBP. 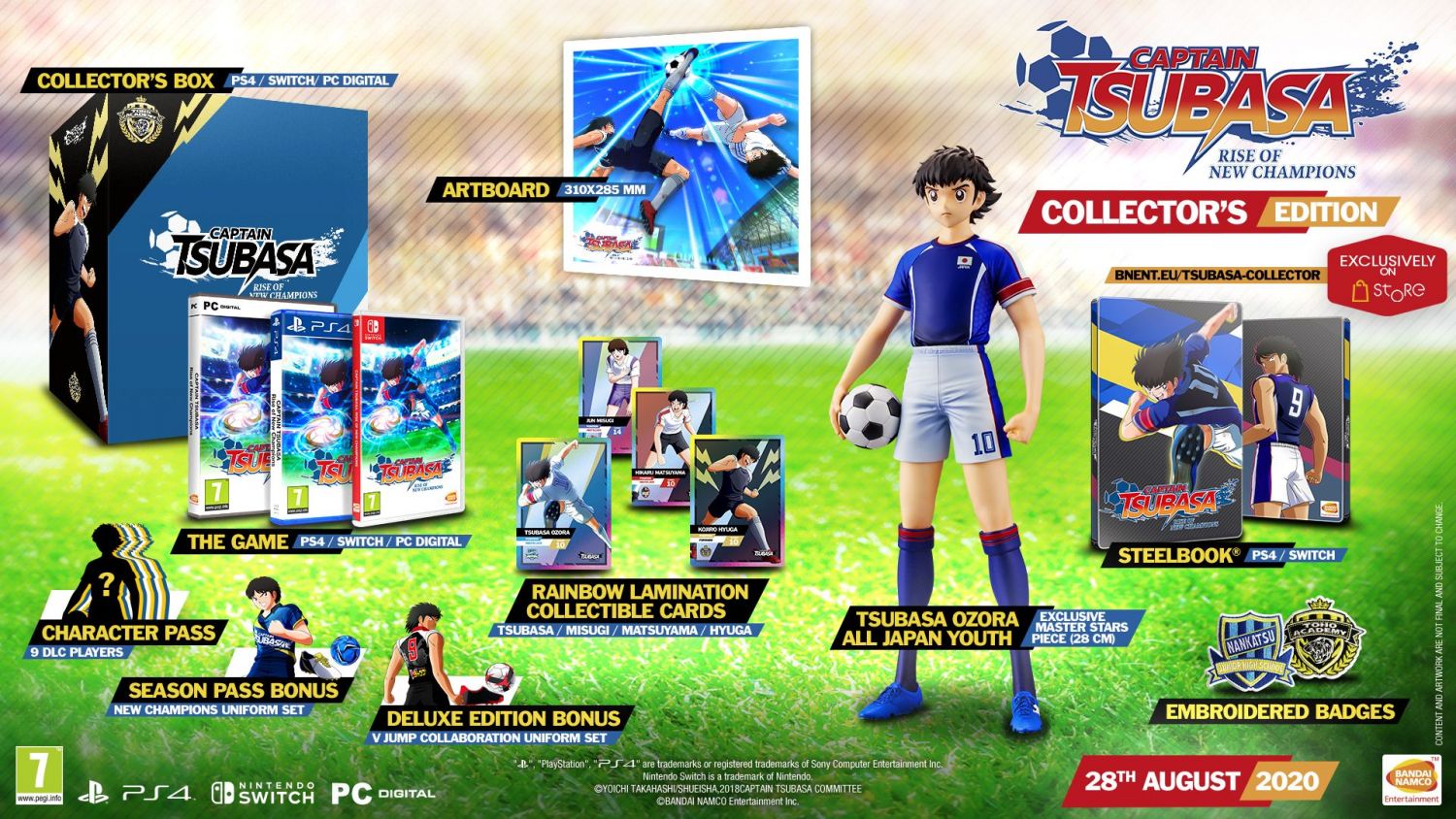 This Champions Edition comes with an exlcusive designed Jersey and all the content of the Collector’s Edition – all packed in a Collector’s Box. Here’s an overview:

The Edition sets you back £159.99 GBP and is only available at the official Bandai Namco Store. 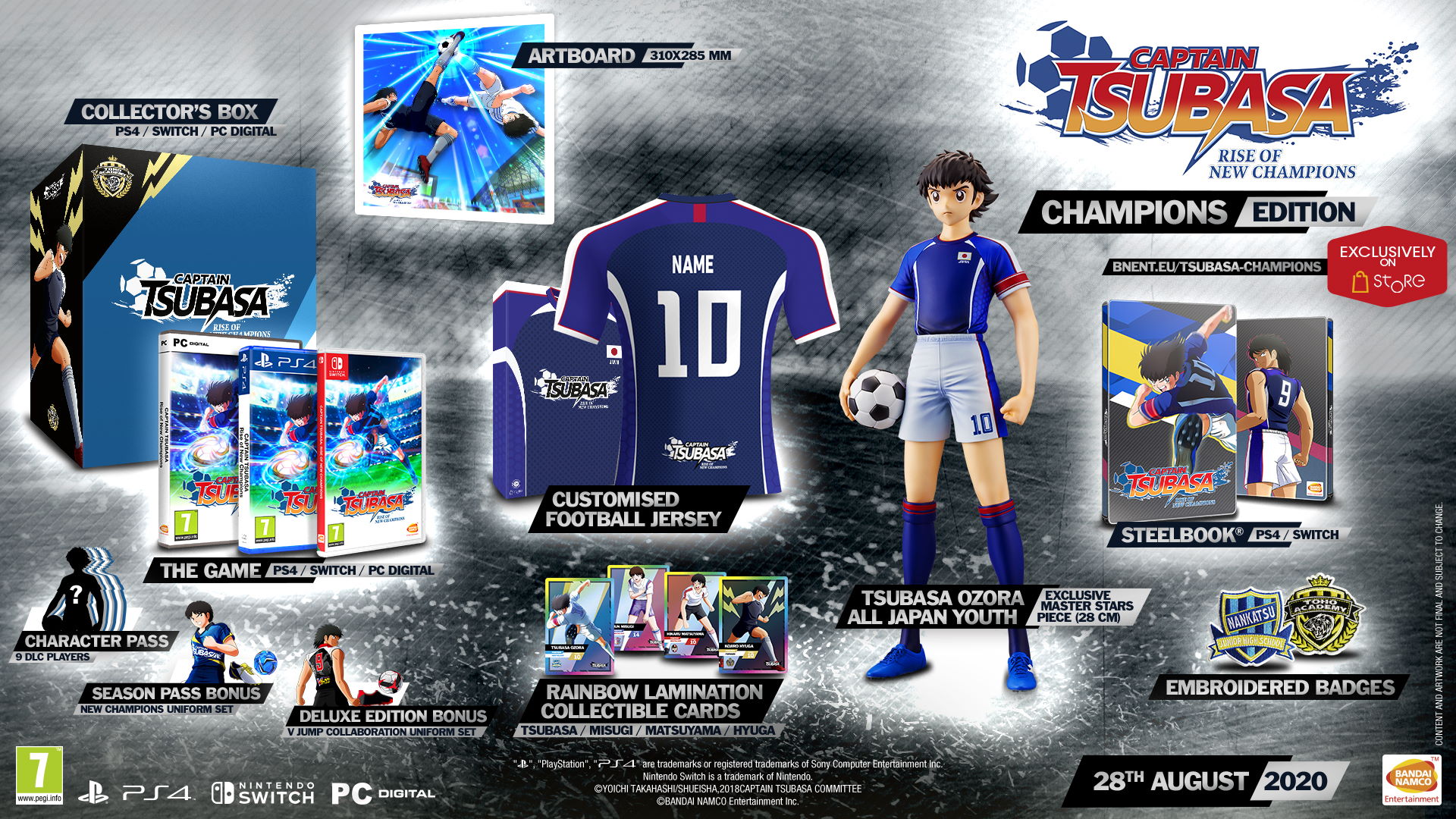 The Legends Edition includes a jersey and a premium football table. The latter was designed by René Pierre, one of the world’s legendary football table manufacturers. This high-end football table was exclusively designed and manufactured by René Pierre at the main factory in Chalon-sur-Saône, France. The fully branded line is the result of a close collaboration between Bandai Namco Entertainment Europe and René Pierre Headquarters. Both teams are driven by their passion for football and the Captain Tsubasa universe!

The Edition costs a whopping £1,799.99 GBP and is just like the two previous Editions exclusively sold through the official Bandai Namco Store. 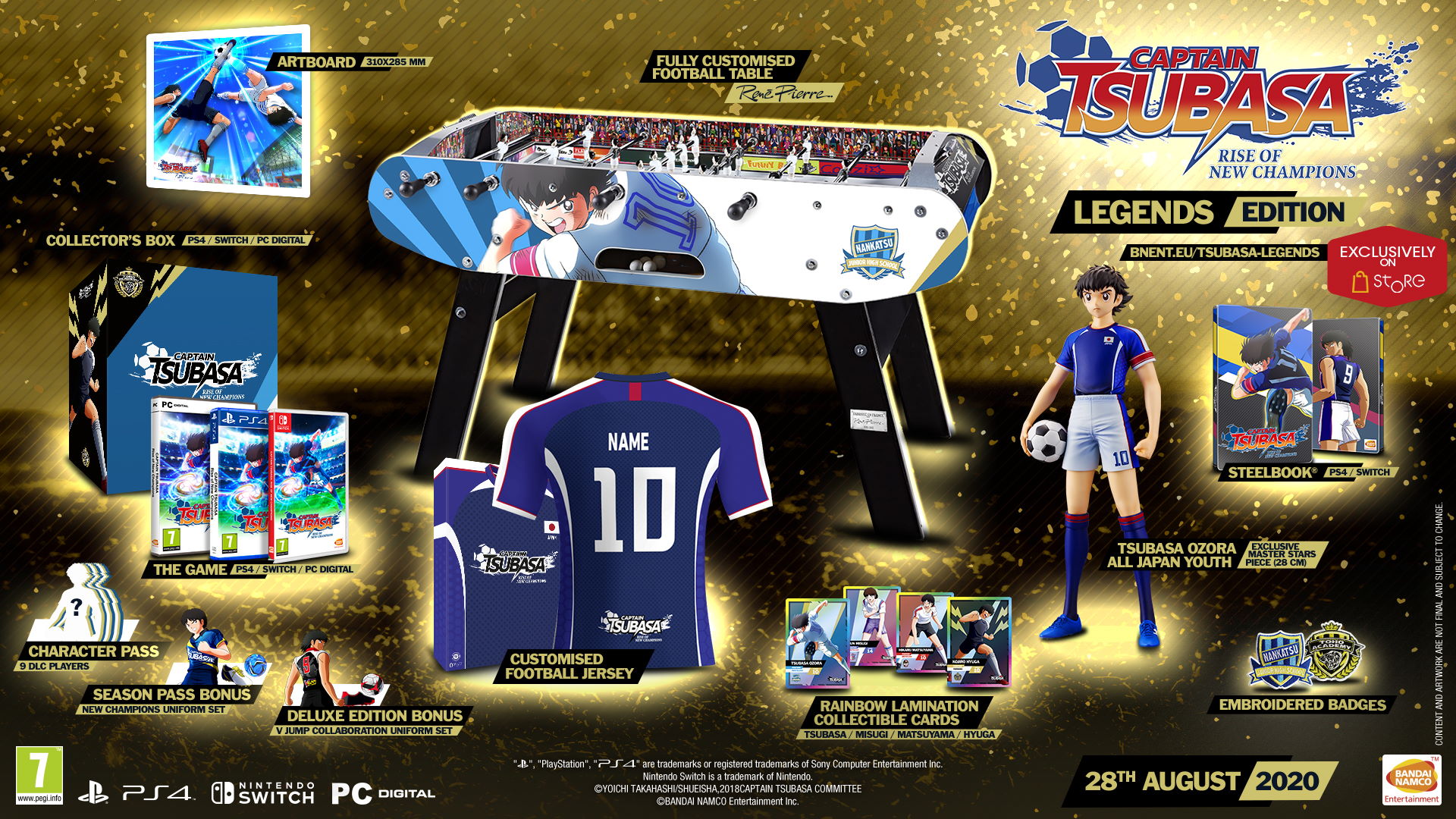