Gearbox Software announced that Borderlands 3 is releasing on September 13 for PC, PS4 and Xbox One. “The original shooter-looter return, packing bazillions of guns and an all-new mayhem-fueled adventure! Blast through new worlds and enemies as one of four brand new Vault Hunters – the ultimate treasure-seeking badasses of the Borderlands, each with deep skill trees, abilities and customization. Play solo or join with friends to take on insane enemies, score loads of loot and save your home from the most ruthless cult leaders in the galaxy.”

When Borderlands 3 launches, there will be multiple versions of the game available to purchase, Read on below for a round-up of all of the game’s editions. Pre-ordering any edition gets you gold weapon skins, and weapon trinket.

The Deluxe Edition of Borderlands 3 includes the base game, as well as the following bonus digital content: 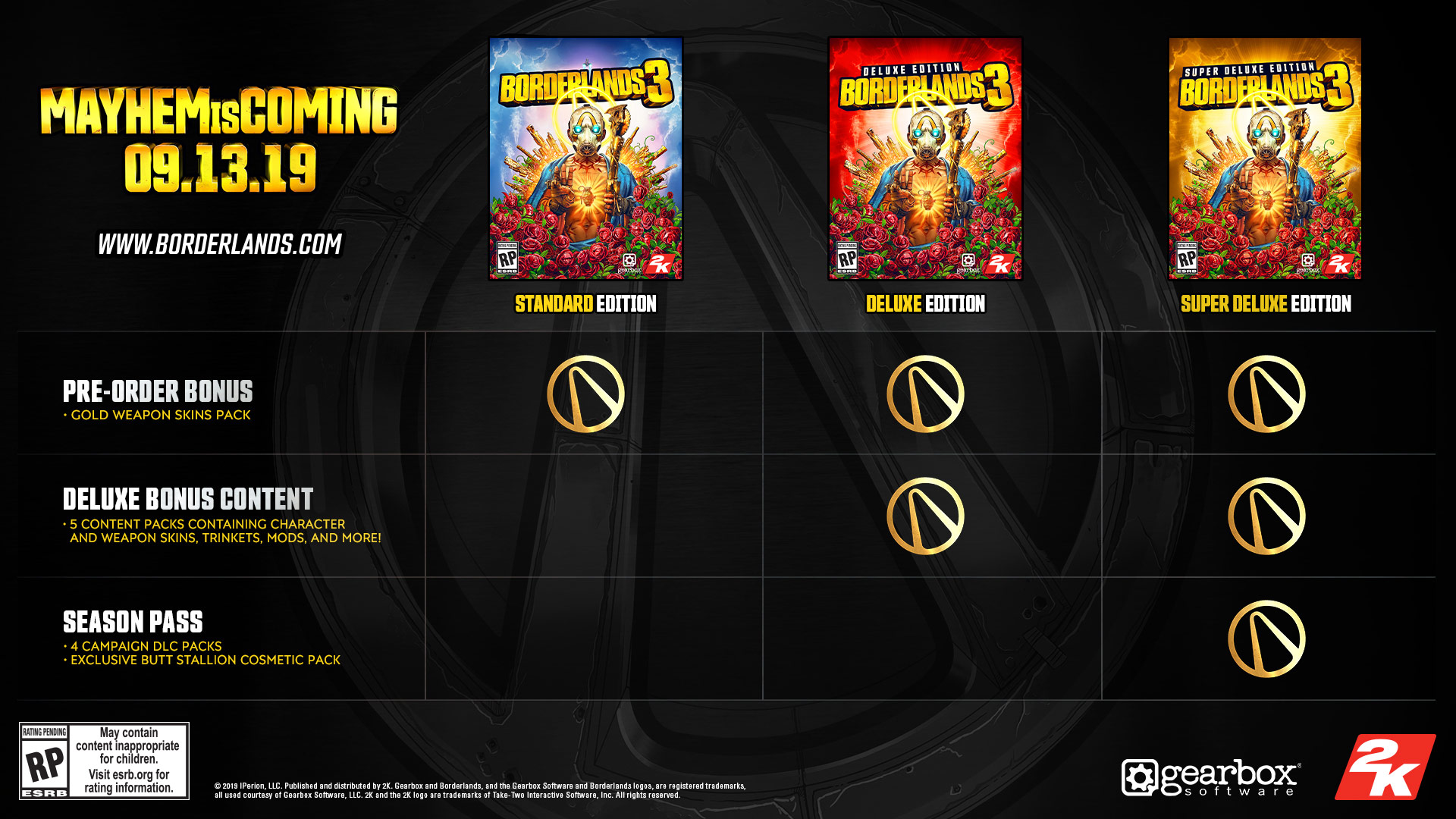 The Super Deluxe Edition of Borderlands 3 includes in addition to the base game and following digital and physical extras: 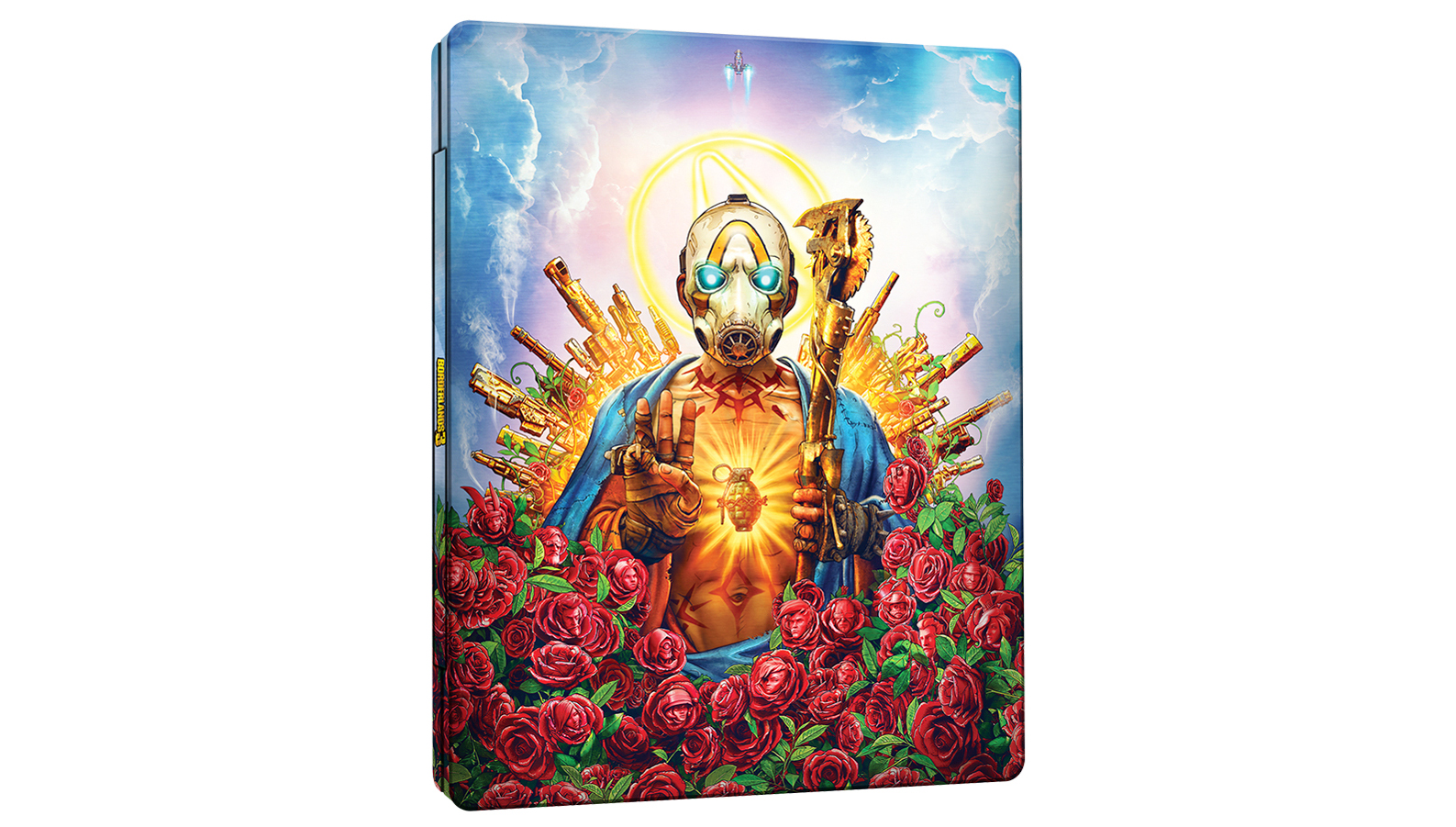 The Diamond Loot Chest Collector’s Edition of Borderlands 3 includes the full game, season pass, and all bonus digital content, plus:

The Diamond Loot Chest Collector’s Edition will be available for $249.99 USD at Gamestop.com* for anyone who lives in the US. In the UK the Edition is retail exclusive and only available from GAME stores or Game.co.uk* for £249.99 GBP. 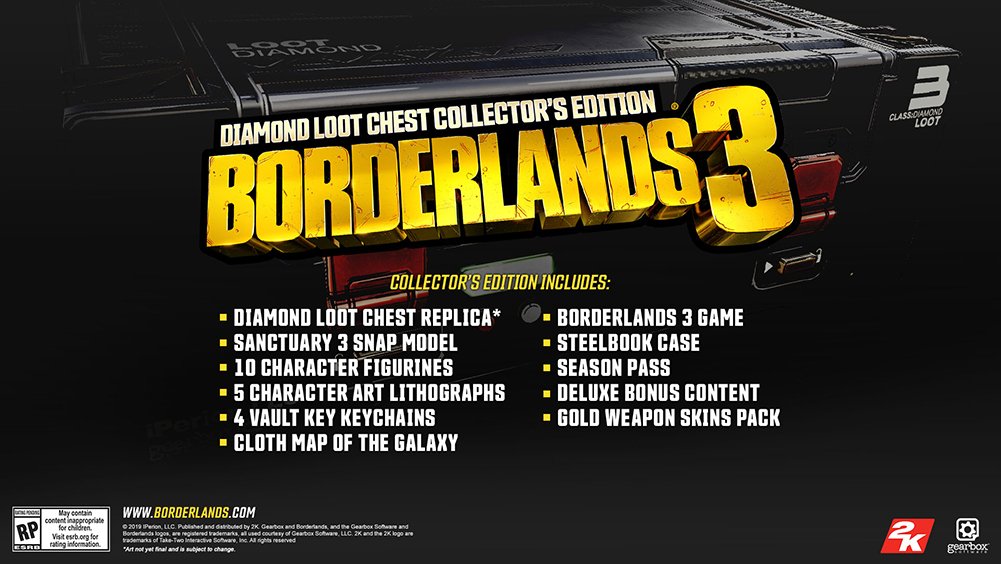