After several years of waiting Biomutant will finally launch on May 25th 2021. But there’s more. In addition to the Collector’s Edition of Biomutant there is also a so called Atomic Edition available to pre-order. The Atomic Edition is special to the core, and is containing the following components:

The Biomutant Atomic Edition will be available at selected retailers like Amazon.co.uk* and Amazon.com* for an SRP of £349.99 GBP and $399.99 USD.

BioMutant is an open-world RPG for PC, PS4 and Xbox One due out in 2018. You explore a world that has descended into chaos and it’s up to you to decide the fate of the world. In real-time combat you mix martial arts style combat with shooting, melee and power from your mutations. Also your actions and choices decide how the story of your hero ends. Furthermore you can recode your genetic structure to change the way you look and play.

You can explore the vibrant and colorful world by foot, mech, jet-ski, air-balloon and more but watch out. The world is full of weird creatures and characters and not everyone is friendly.

Although BioMutant is a new IP THQ Nordic decided to offer a Collector’s Edition for its fans.

The Collector’s Edition will be available worldwide. Pre-orders are available at Amazon.co.uk* and Amazon.com* 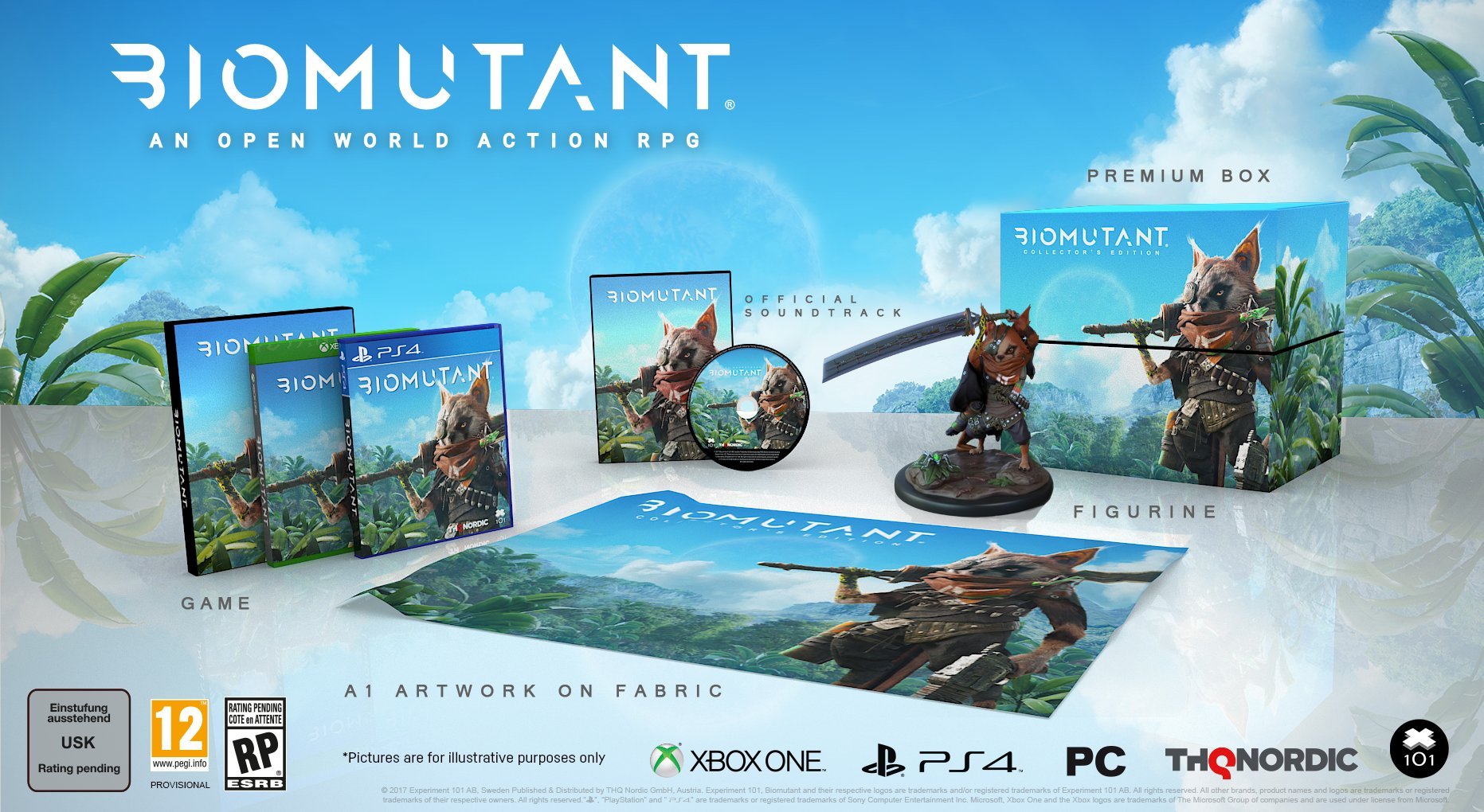