Recently Nintendo has announced that Platinum Games is currently hard at work developing Bayonetta 3 and that it will launch exclusively on Nintendo Switch. However, a release date has yet to be confirmed. To cut the waiting time shorter, Fans will soon be able to enjoy Bayonetta and Bayonetta 2 on their Nintendo Switch consoles the publisher revealed during The Game Awards 2017.

To be more precise: both games will launch simultaneously on February 16, 2018.

Furthermore Bayonetta 2, which first launched on Wii U, will include some new features. Besides amiibo support the online multiplayer Tag Climax mode is going local which allows you to join forces with a friend and fight through waves of the enemies – online or off.

Both games can be purchased by itself from the Nintendo eShop. Also buying one game will lower the other’s price, respectively. In addition Bayonetta 1 and 2 will also receive a retail version with Bayonetta 2 on a game card and a download code for the original Bayonetta.

Not fancy enough? How about a Bayonetta Special Edition?

The Special Edition of Bayonetta 1 and 2 will be available in Europe and includes the following content: 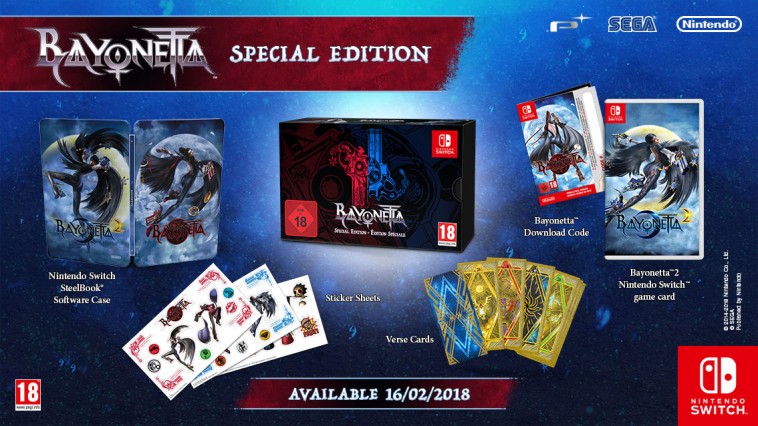 Not only Europe but also Japan is getting a special Bayonetta edition called “Non-Stop Climax Edition”. The Edition comes with a different box art and the following goodies:

As you can see the Non-Stop Climax Edition includes the first game as a game card. However, it is unknown whether the Japanese game cart will support multi language or not. The price is ¥10.778 JPY (~$95,- USD / £70,- GBP). If you want to import the Climax Edition keep an eye on Nin-Nin-Game as they have regular restocks of their items. 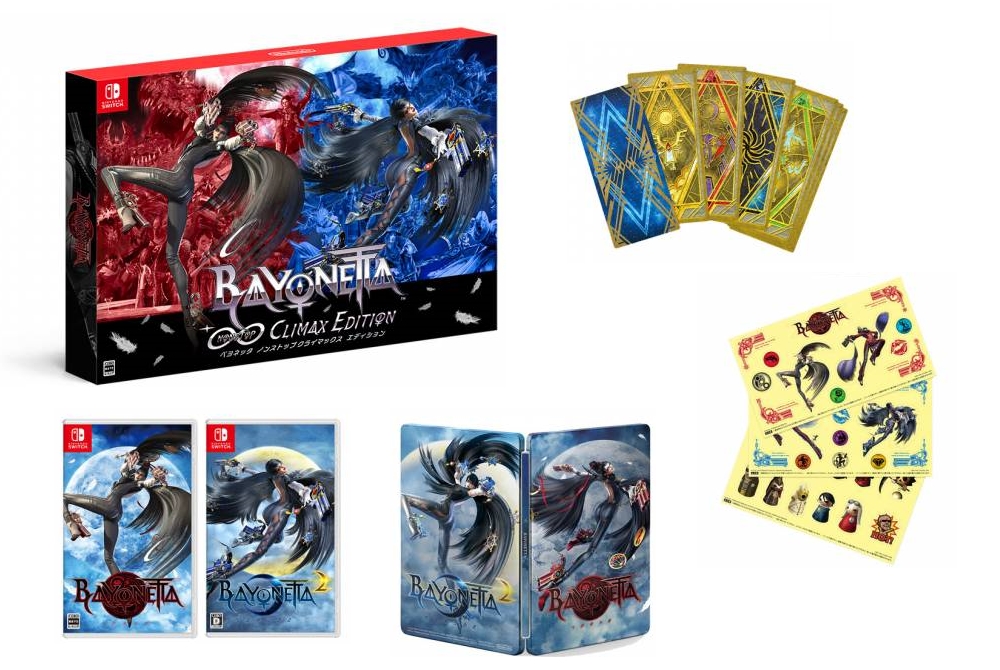